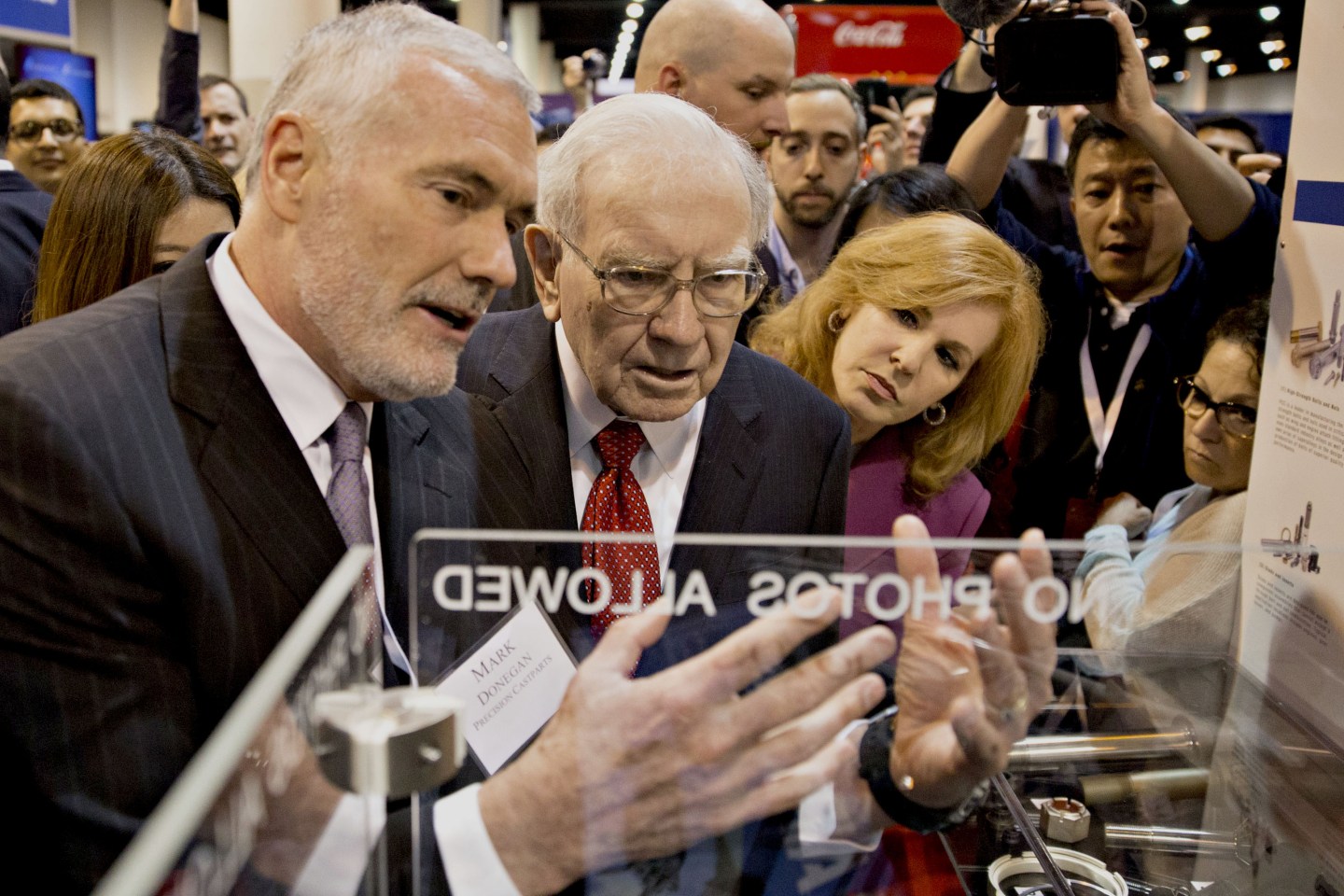 Buffett’s Berkshire Hathaway bought Oregon-based Precision Castparts Corporation a year ago for $37 billion, one of its biggest-ever acquisitions. The view was that hard industrial assets were undervalued, and PCC could be a vehicle through which to execute an acquisition-based growth strategy. At the time, Buffett said that meeting PCC’s fearsome CEO Mark Donegan was like seeing “the girl across the room” (albeit one with more luxurious tastes than the austere Sage of Omaha).

Donegan is now on the verge of a second deal among the “hidden champions” of Germany’s Mittelstand, the medium-sized and usually family-owned companies that are the backbone of Europe’s largest economy. Last year, before Berkshire Hathaway acquired PCC, it had bought Detlev Louis Motorradvetriebs, a Hamburg-based supplier of motorcycle parts and apparel, for some 400 million euros ($430 million at today’s exchange rates).

The latest one to be snapped up is Wilhelm Schulz GmbH, a maker of high-performance pipes principally for the oil and gas industry (although it also serves the aerospace sector and other parts of heavy industry like desalination plants). The company manufactures in Tunica, Miss., and Houston, as well as in Germany and Brazil.

Wilhelm Schulz, like many other Mittelständler, was founded immediately after World War II, and is now in its third generation of family control. Such companies typically have very low debt as a result of generations of ownership averse to risk (and, in this case, to acquisitions too, Schulz’s CEO Rainer Flöth told Fortune).

Like Louis, Schulz may not be big enough to move the dial for Berkshire’s share price (BRK-A) – its annual sales were a little over 200 million euros last year.

But it certainly fits with PCC’s established acquisition strategy, and if Donegan is still on the lookout, he’ll find no shortage of possible sellers elsewhere in Germany, where an aging population, smaller family sizes and a cumbersome inheritance tax regime are making it harder and harder for company owners to recruit the next generation of managers. A study by the German Chamber of Industry and Commerce (DIHK), the largest association representing the Mittelstand, published in December, found five sellers of manufacturing businesses for every interested buyer. The inability to find a suitable buyer was the most frequently-cited problem (47% of all respondents).

CORRECTION: This article has been updated to reflect that Berkshire Hathaway bought Detlev Louis in February 2015. The original version of this article incorrectly attributed the deal to PCC.