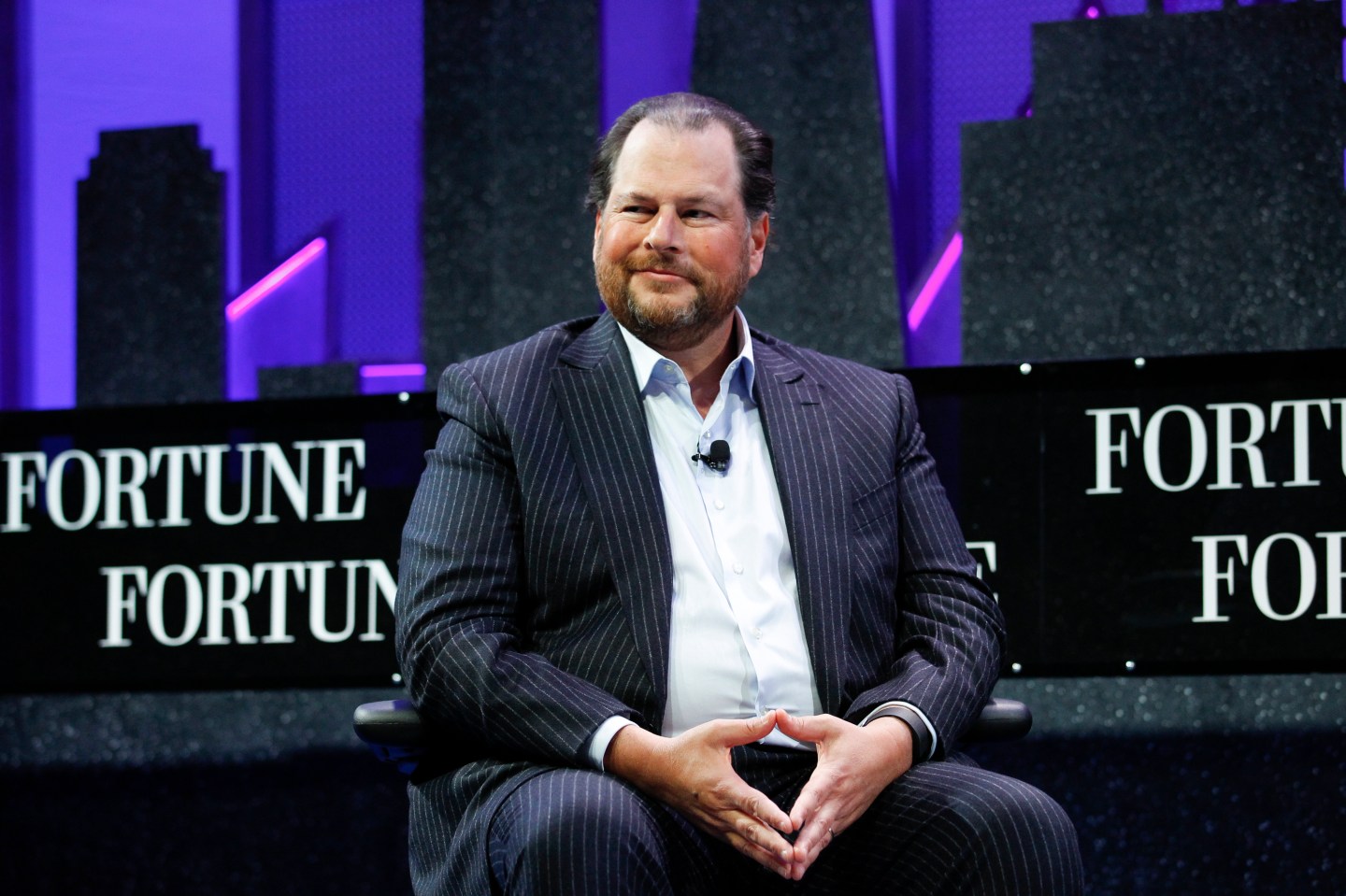 About 14 months after Salesforce CEO Marc Benioff revealed that his company had tweaked employees’ compensation to eliminate any gender pay gap, he said the software company will again have to alter salaries for the same reason.

The need for another “huge adjustment” was prompted by Salesforce’s recent acquisitions, Benioff told Fortune at the World Economic Forum in Davos, Switzerland on Thursday. “We just bought a bunch of companies,” he said, and acquiring other firms means inheriting their cultures and pay practices

In 2016, Salesforce bought 13 companies including e-commerce platform Demandware, word processing app Quip, messaging startup HeyWire, and Steelbrick, a company with software for sales reps, which means there are now employees under the Salesforce umbrella whose salaries were not included in an earlier analysis that the company used to erase unequal pay.

In that review in 2015, Salesforce analyzed salaries by pay, job function, level, and location. If unexplained differences in pay popped up, it made salary adjustments. The process affected 6% of the company’s 17,000 salaries and cost the company some $3 million. Benioff estimates that the next adjustment will cost a similar amount. The company has a market cap of $52 billion.

Salesforce had pledged to review its gender pay gap on an on-going basis, and the need for another adjustment underscores the nature of pay equity—it is a moving target, especially for growing companies. It’s a never-ending obligation, to be monitored and discharged from year to year.

Nevertheless, Benioff has said identifying and eliminating the gender pay gap is relatively easy given modern human resources systems. “Every CEO needs to look at if they’re paying men and woman the same,” he said at the World Economic Forum earlier this week. “That is something that every single CEO can do today.”