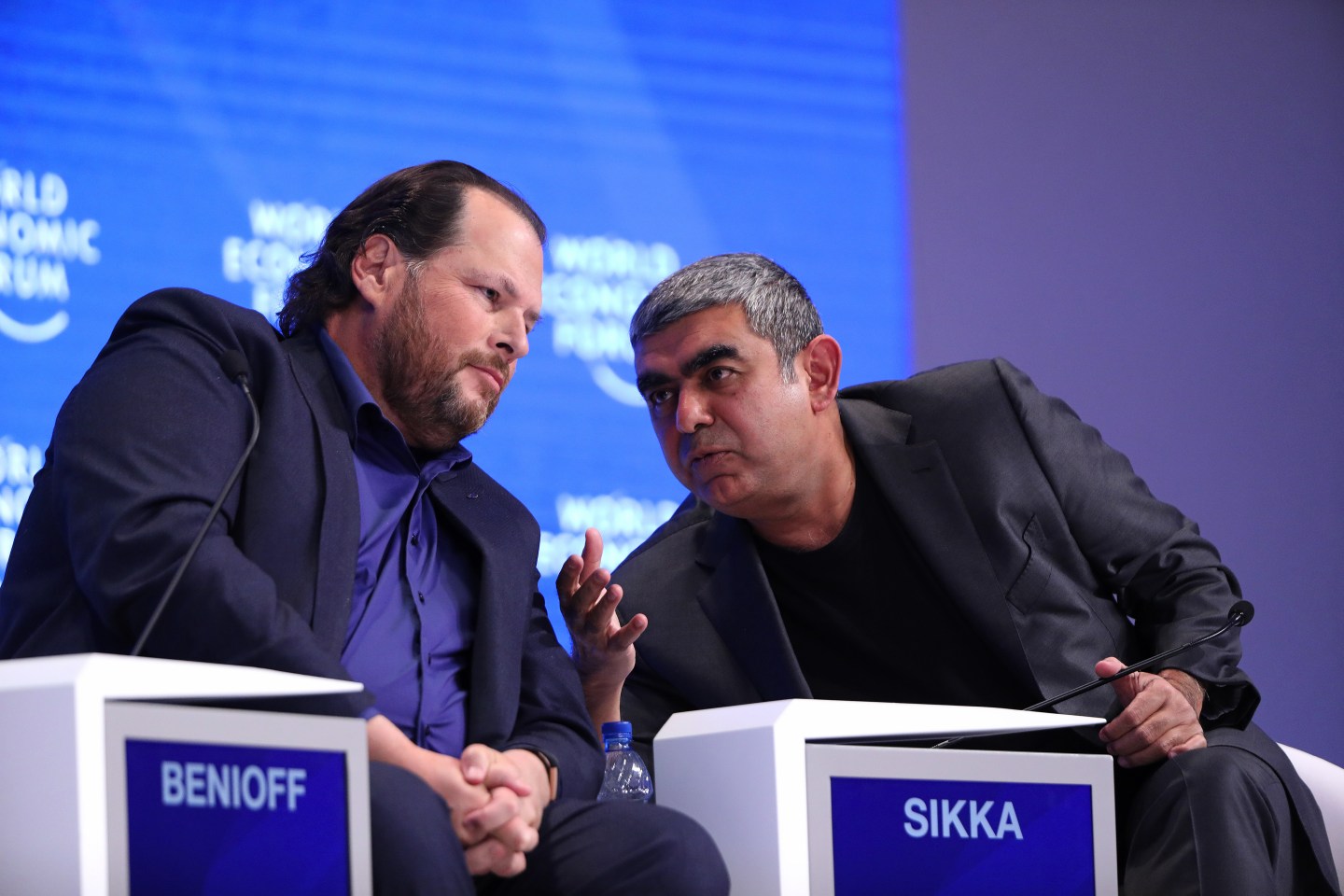 One of the challenges of the annual World Economic Forum is that conversations take place at the highest level. It’s difficult to pluck those ideas out of the stratosphere and turn them into action.

But when asked what idea from Davos had prompted real change at his company, Salesforce CEO Marc Benioff, a regular at the conference, had an easy answer: equal pay.

In 2015, his software company spent $3 million to equalize its compensation. It analyzed more than 17,000 salaries by pay, job function, level, and location. If unexplained differences in pay popped up, salary adjustments were made for both men and women as needed. Roughly 6% of employees required salary tweaks, and they broke down almost evenly between men and women. The company says it will monitor and review salaries on an on-going basis.

In June of last year, Salesforce signed the White House Equal Pay Pledge alongside 27 other companies such as Amazon, Johnson & Johnson, PepsiCo, Pinterest, and PwC. But on Tuesday Benioff pressured even more executives to get involved. He issued the call at the World Economic Forum in Davos, Switzerland, where he appeared on a panel about what’s needed from the public and private sectors to ensure the ongoing digital revolution benefits society at large.

“Every CEO needs to look at if they’re paying men and woman the same. That is something that every single CEO can do today,” said Benioff. “We all have modern human resource management systems, but as a CEO are you willing to step up and say I pay men and women the same?”

His message yesterday came with a sense of urgency. “The [World Economic Forum] has said it’s going to take women something like 170 years to get to gender parity with men [at the current rate of change],” he said. “We don’t have time to wait.”