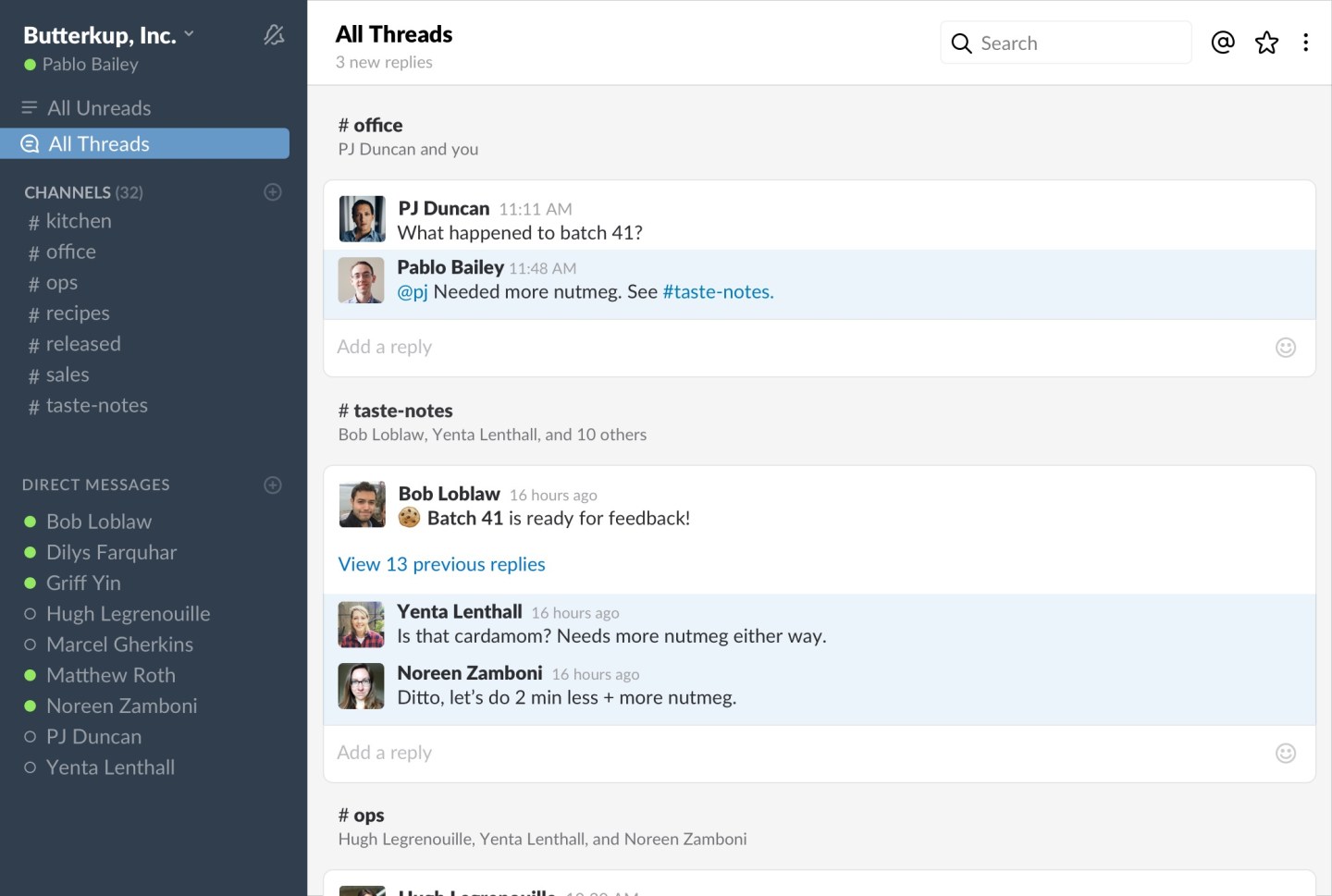 Finally! Slack is adding discussion threads to its popular group chat and discussion software as of Wednesday.

Users have been asking for this capability seemingly forever. Slack has been working on the addition for around two years and had hoped to roll it out in late 2016. Users of all three Slack versions (free, standard, and plus) will should have access to the feature by next week, the company said. Mobile users, however, will have to update their app, according to a spokeswoman for the San Francisco-based software company.

Workgroups at companies of all types and sizes have flocked to Slack to converse with colleagues and nearly all of them seem to have been waiting for “threads,” which help users follow a single discussion without getting lost in a flood of other off-topic comments and requests. Slack competitors like Socialcast have long offered threaded discussion but more to the point, a far bigger competitor also launched threaded messages last fall.

That rival is none other than Microsoft (MSFT), which launched its long-rumored “Slack killer,” officially known as Microsoft Teams last November. Other Slack competitors include Atlassian’s (TEAM) HipChat, Facebook (FB) Workplace by Facebook (FB), and Jive (JIVE).

At the time of Microsoft’s Teams announcement, Slack chief executive Stewart Butterfield said his company had 4 million active daily users and 5.8 million weekly active users. And, perhaps most importantly, 1.25 million of those users actually pay for Slack. Those paying customers include corporate entities such as IBM (IBM), Autodesk (ADSK), eBay (EBAY), Conde Nast, and LinkedIn, which since that time became part of Microsoft (MSFT). (Fortune‘s parent Time Inc. is also a Slack customer.)

For more on Slack, watch:

To designate a discussion to be tracked as part of a thread, a Slack user needs to hover over the message and click on an icon to start the process. Slack posted more on the update here.