Why Netflix Bulls Are Making A Big Leap of Faith 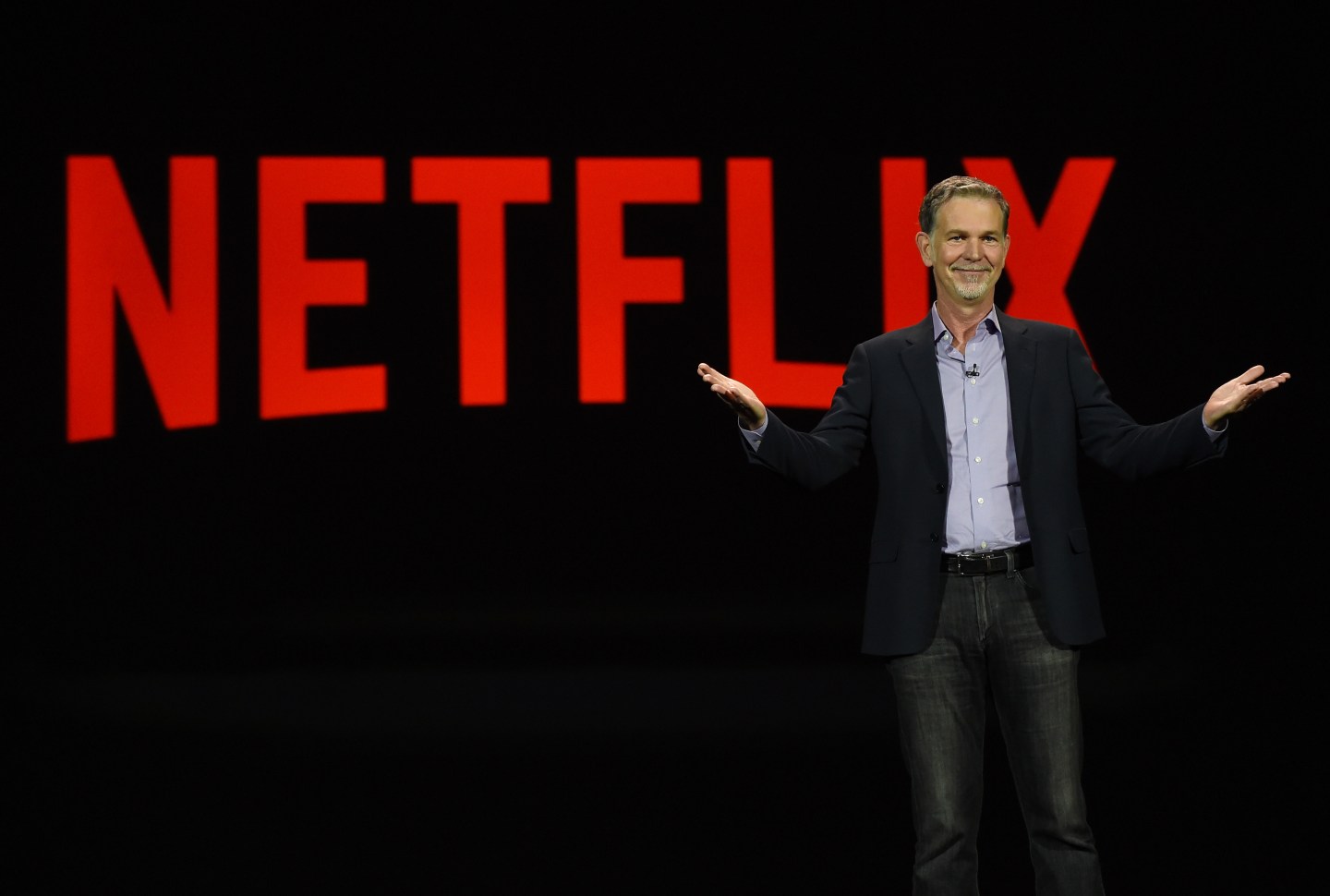 Netflix’s stock has been flying high for the last several years, and with the company announcing better-than-expected earnings after the close of trading Wednesday, analysts are expecting the investor binge to continue. But shareholders could be forgiven for wondering whether the stock’s skyrocketing valuations are a signal of a tumble to follow.

The company delivered $2.4 billion in revenue and $0.15 per share of earnings for the fourth quarter of 2016, a 41% revenue increase over the year-earlier quarter. Analysts collectively had foreseen a 35% revenue increase for the quarter, according to Thomson Reuters. For all of 2016, the company reported $8.3 billion in streaming revenue, up 35% from 2015.

Netflix stock (NFLX) has been on quite a wild ride of late: Over the past five years, the stock has risen almost 650%, more than nine times as much as the S&P 500 and more than six times as much as the Nasdaq. It has been a relatively volatile stock, occasionally suffering big dips after high-profile swings and misses. But the overall trend has been positive, and as Netflix has climbed, its price-to-earnings ratio has become even more eye-popping. At market close today, the stock’s price sat at 356 times trailing earnings and 140 times expected 2017 earnings. That would indicate investors have a belief in Netflix’s future earning potential that’s so strong it borders on religious.

The fervor gets its fuel in part from Netflix’s rapid current growth. Netflix reported today that it added 7.05 million new subscribers in the fourth quarter, with the lion’s share of that growth coming in the international market, bringing its total number of subscribers to 93.8 million. International expansion is key to the company’s plans for the future, as it comes closer to reaching a saturation point in the States; the company said today that 47% of its members are now outside the U.S. (For more on Netflix’s strategy, read “How Netflix Became Hollywood’s Frenemy.”)

One reason Netflix’s P/E is so high, of course, is that its “E”—its profits—are pretty low, especially in comparison with other tech companies. In the fourth quarter, its $67 million in net income, while beating its previous estimates, represented less than 3% of revenue. (Its free cash flow, another measure of profitability, was negative every quarter of 2016.) Those margins are so low in part because the twin pillars of Netflix’s growth strategy—rapid international expansion and production of enormous amounts of original content—are both very costly. Investors willing to own Netflix at its current prices are betting that, sometime soon, its subscribers and revenues will start growing much faster than its programming costs.

Is that a realistic bet? Possibly. The main competing streaming video services, such as Amazon Prime, Hulu, and HBO Now, lack the foothold in the global media market that Netflix has. Netflix is available in nearly every country in the world at this point, which is not something the rest of the pack can say. It also benefits from operating almost solely as a streaming service, which none of its other competitors do. That means it can focus all of its effort on building out its online infrastructure and delivery system internationally. Still, content costs money, and Netflix is committed to nearly doubling the number of hours of programming it produces in 2017 over 2016.

One thing that muddies the waters for Netflix is President-elect Donald Trump’s imminent assumption of power. Many investors worry about whether he will alter net neutrality, which is a guideline imposed by the Federal Communications Commission that requires internet providers to treat all internet traffic the same, regardless of its origin. If net neutrality is reworked or abandoned, the result may allow internet providers to charge content providers for the speed with which their content is delivered. Netflix, which already has expensive contracts in place with television networks and movie studios to add their content to its catalogue, would also have to negotiate individual contracts with the many internet providers across the nation. Though this would affect all of Netflix’s competitors, it would certainly cut into the streaming service’s already-slim profits.

Then again, investors’ backing of the company likely isn’t just based on what’s likely to come, but on what they hope could be. Netflix just earned the fifth-best score among brands that consumers have a high affinity for, according to consultancy MBLM’s Brand Intimacy 2017 Report. Many consumers have built up a relationship with the company by spending hour after hour sitting on the couch and watching its acclaimed original programming, developing a nostalgic bond with Netflix that is stronger than anything its competitors can produce. And companies with high brand identity often wind up with higher-than-average stock valuations, as investors bet that consumer loyalties might help the stock defy the laws of economic gravity. (Shares in Amazon (AMZN), Hershey (HSY), and Google (GOOG) all currently reflect a similar dynamic, though none has a valuation nearly as high as Netflix.)

It seems that taken at face value, Netflix’s price is too high. But expecting investors to act rationally when it comes to a brand they love could be wishful thinking.