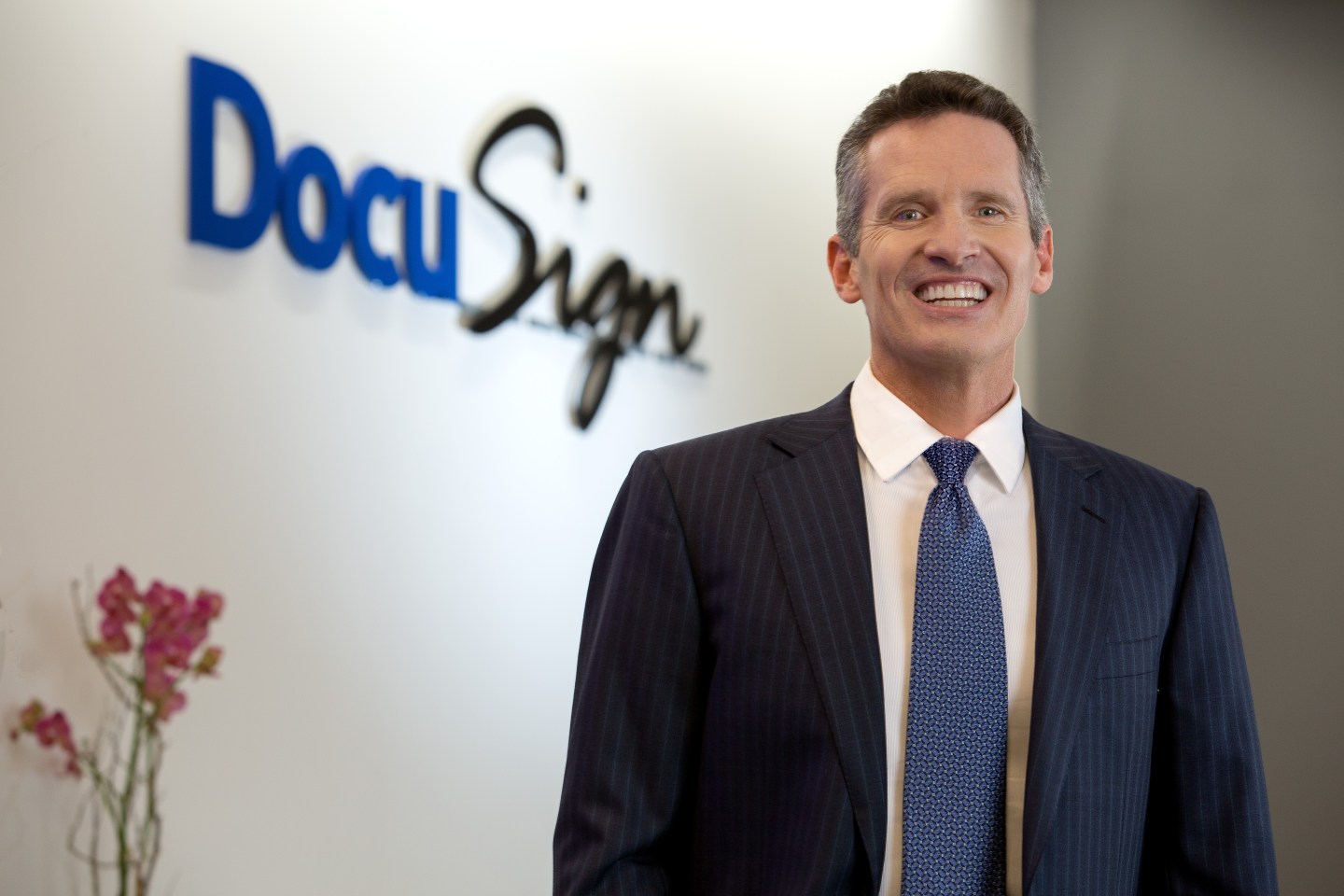 Electronic-signature software pioneer DocuSign has finally named a new chief executive officer to replace Keith Krach, who disclosed his intention to resign in October 2015 after his successor could be found.

The company was set to name Krach’s replacement last March, but that person backed out at the last minute and the search was re-initiated.

Its new CEO announced Wednesday, Daniel Springer, is best-known for his roles as CEO and chairman of marketing automation software company Responsys, which he took public and later helped sell to Oracle for $1.6 billion in 2014. For the past two years, Springer has been involved with advising portfolio companies of private equity firm Advent International, stepping away from full-time management so that he could spend more time with his teenage sons.

Springer tells Fortune he was approached back at the beginning of DocuSign’s CEO recruiting process, but wasn’t ready for a full-time position so he didn’t pursue the opportunity. The timing made more sense when he was recontacted by DocuSign recruiters last November. The company’s growth rate—more than 100 million people have signed up for its digital transaction software and it is adding another 100,000 new registrations daily—helped seal the deal.

Springer says his biggest challenge will be helping Docusign prioritize and build on existing momentum, including providing better differentiation between its services for consumers and for corporate customers. “Because the company is doing so well, I don’t want to come up with ideas that detract,” he says.

Former CEO Krach, who joined as CEO in 2011, remains as “active” chairman of DocuSign, a unicorn last valued at $3 billion and a subject of frequent IPO speculation. In that role, Krach will be the software company’s “not-so-secret” weapon in sales and business development. “He’s very special, even in the Valley,” Springer says.

Docusign is best known for e-signature software that helps businesses reduce paper trails and turn certain workflows, such as contract approvals, into digital processes. Forrester Research projects that the number of transactions handled digitally will top 700 million in 2017—and it also figures that DocuSign controls about 40% of the e-signature market. Among the company’s most credible rivals are digital document company Adobe Systems and printer maker Lexmark, which bought another software pioneer in this category, Kofax, in March 2015.

DocuSign is frequently included on lists of software unicorns that are ripe for an initial public offering, but Springer won’t make any predictions about timing. “It’s a beginning, a starting line, it’s not a culmination,” he tells Fortune. “I try to focus on the day after the IPO.”