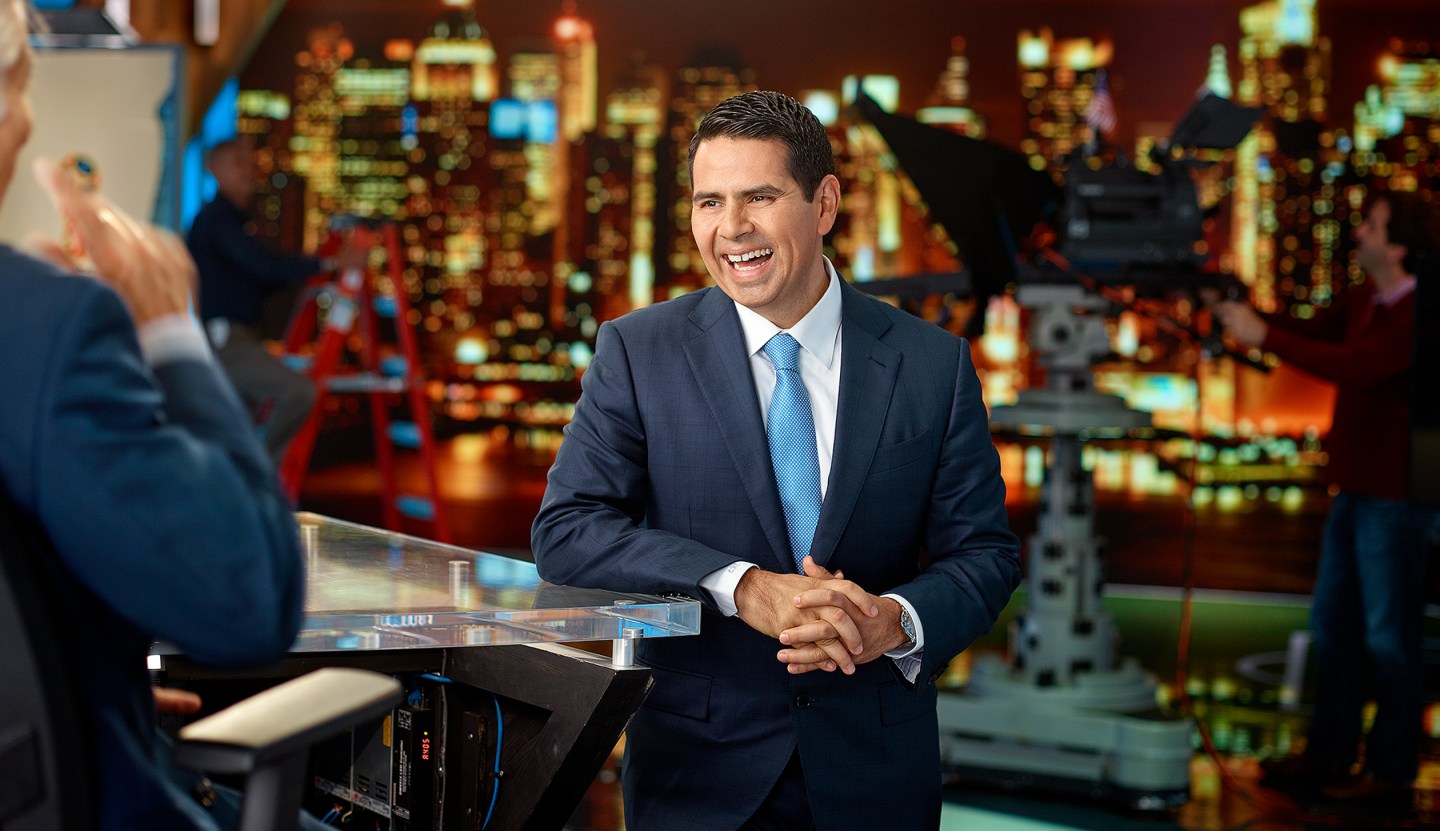 Photograph by Jeffery Salter for Fortune

Cesar Conde is one of the most powerful people in Spanish-language television. And with the U.S. Hispanic population at 56.6 million and growing, that’s a very big deal.

Born in Miami, Conde is of Cuban and Peruvian descent. After graduating from Harvard and Wharton, he did stints at a startup and a bank but was always drawn to TV (he says he saw mass media’s power for good when “used responsibly”). He joined Univision in 2003, became president, and jumped ship to NBC in 2013.

Now, Conde, 42, is chairman of NBCUniversal’s international group and Telemundo Enterprises, which has recently been besting Univision in the ratings race among the key viewers ages 18 to 49. But crucially, as Conde is quick to point out, his Spanish-language networks are also nipping at the heels of the four biggest U.S. broadcasters—ABC, CBS (CBS), NBC, and Fox.

“From an economic perspective, we’re seeing a demographic whose consumer spending power has skyrocketed,” he says. NBCUniversal has poured money into Telemundo ­accordingly, ­paying $600 million for the rights for the next two FIFA World Cups. Conde has also helped with the network’s revamp of the telenovela, featuring higher production values and storylines tailored to Hispanic audiences in the U.S.

“We reinvented the type of series that [U.S.] Latinos are seeing,” Conde says. “And, clearly, it’s resonating.”

Youth and experience
Just 35 when he became president of Univision in 2009, Conde was one of the youngest U.S. network presidents ever.

Résumé fodder
He is on the boards of PepsiCo (PEP) and Owens Corning (OC) and has launched several charitable Hispanic outreach programs.