Theresa May Says Britain’s Brexit Deal Won’t Be ‘Half In, Half Out’ 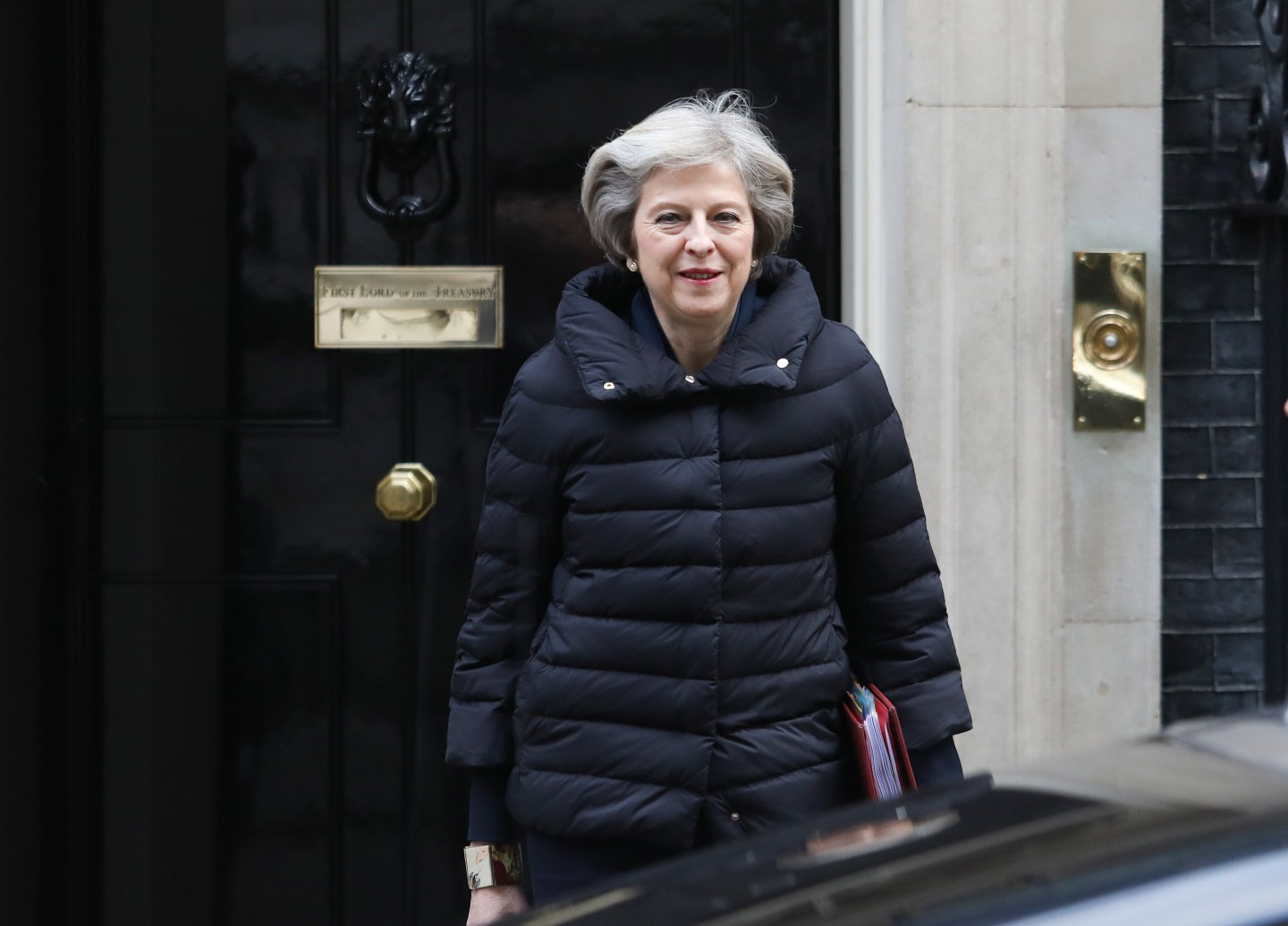 Britain will not seek a Brexit deal that leaves it “half in, half out” of the European Union, Prime Minister Theresa May will say on Tuesday, according to her office, in a speech setting out her 12 priorities for upcoming divorce talks with the bloc.

Those priorities will include leaving the European Union’s single market and regaining full control of Britain’s borders, several newspapers reported, reinforcing investor fears of a ‘Hard Brexit’ which has pushed the pound to some of the lowest levels against the U.S. dollar seen in more than three decades.

More than six months after Britons voted to leave the EU, May has come under fire from investors, businesses and lawmakers for revealing little about the future relationship she will seek when she begins formal divorce talks by the end of March.

She is due to set out more detail on her plans on Tuesday in a speech to an audience including foreign diplomats and Britain’s own Brexit negotiating team.

“We seek a new and equal partnership, between an independent, self-governing, global Britain and our friends and allies in the EU,” May will say, according to advance extracts released by her office.

The extracts did not set out explicit details of the future trading relationship she wants to have with the EU or what the 12 priorities would be, but media reported they would also include removing Britain from the jurisdiction of the European Court of Justice.

Media reported May would be less explicit on her plans for the customs union, but that her emphasis on building new trade relationships would make clear Britain could be no longer a member in the way it is now.

Sterling fell sharply on Monday ahead of the speech on the prospect of a move away from preferential EU single market access and a hardening stance towards an economic bloc that accounts for roughly half of Britain’s exports and imports.

The EU would be likely to insist on freedom of movement for EU citizens in return for full access to the single market, while many of those who voted for Brexit did so precisely in order to be able to restrict immigration.

May will say she wants Britain to be a “magnet for international talent”, and a “great, global trading nation” that reaches beyond Europe to build relationships with other countries around the world.

She will also say that it is in Britain’s national interest for the EU to succeed.

“We will continue to be reliable partners, willing allies and close friends. We want to buy your goods, sell you ours, trade with you as freely as possible, and work with one another to make sure we are all safer, more secure and more prosperous through continued friendship,” she will say.