Ex-Obamacare Czar: The Rush to Repeal Should Terrify Americans 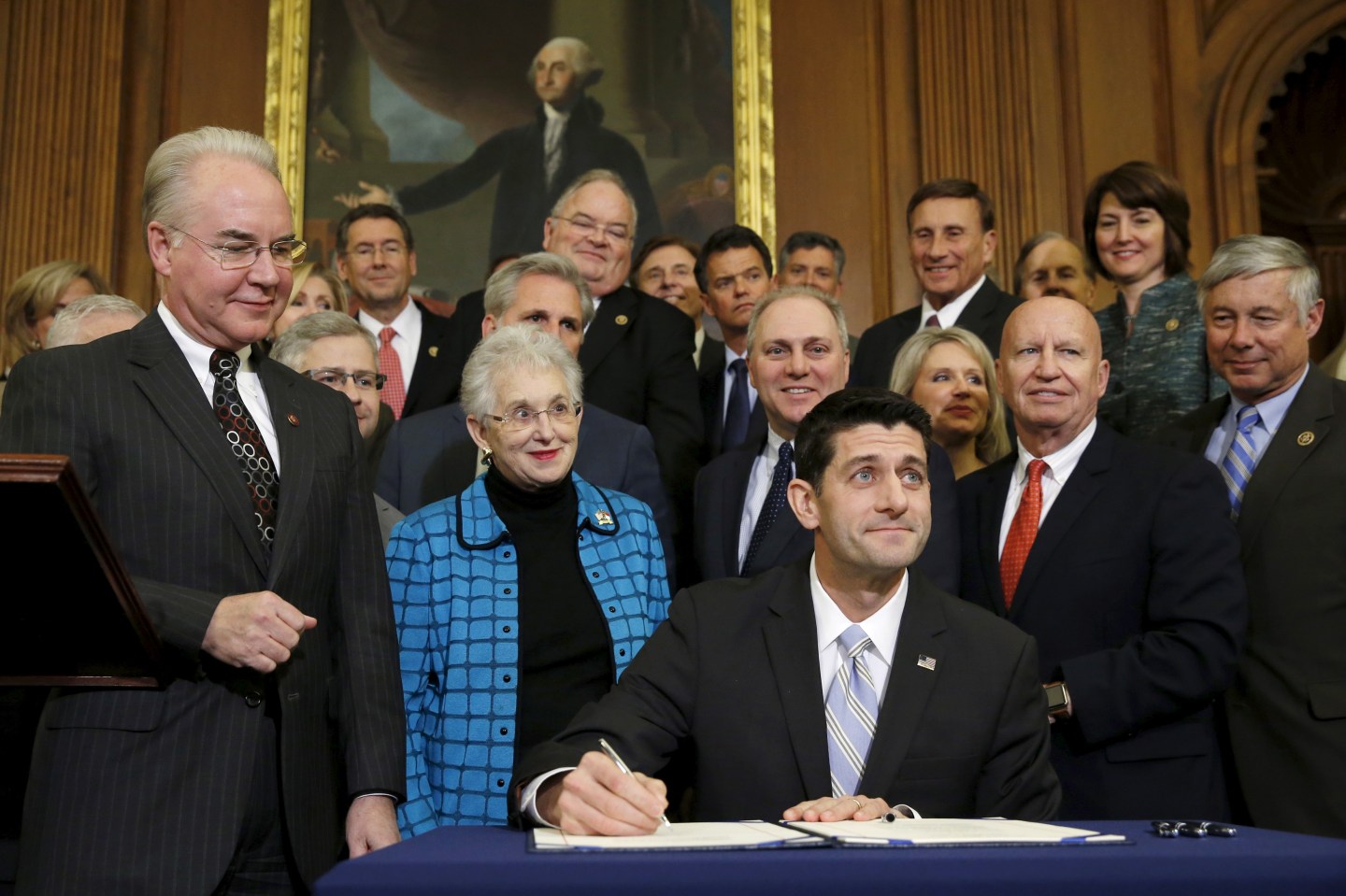 I was with a mother last week whose daughter was born with a serious heart defect shortly after her husband lost his job. But she told me that her news was good—her husband started his own business and she was grateful that their family still had health coverage thanks to the Affordable Care Act (ACA). But she was terrified about what the future might bring if the health law is repealed under the incoming Donald Trump administration. So are millions of others, and it is critical for policymakers to take a hard look at what America stands to lose.

It has been nearly seven years since President Barack Obama signed the landmark health bill into law. At every step along the way, this health reform effort has been a partisan battle, with no Republican votes for passage in spite of dozens of hearings adding GOP amendments, and numerous Republican attempts to undermine the law.  In spite of those unprecedented efforts, 20 million previously uninsured Americans now have health coverage—most at a very affordable price through the marketplaces and Medicaid expansion.

But the Republican opposition continues, and now congressional leaders are determined to quickly repeal the ACA with no clear plan about what happens next. We should all be alarmed by their rush to repeal: It will hurt patients throughout the country, disrupt the entire health insurance industry, and inflict huge damage to state budgets and the entire U.S. economy.

Before the Affordable Care Act was passed, insurance companies could refuse to sell a health policy at any price to patients or survivors of serious diseases in the individual market. They also could sell policies that limited coverage to exclude any health conditions that might be serious. Even with these discriminatory practices, the individual market had double-digit annual cost increases and was losing customers every year in the decade before the ACA was passed.

Without financial assistance from the federal government to help cover the cost of premiums, folks will drop out of the market. And without new customers, many insurers will also flee the markets, not knowing what the future holds. While the congressional members pushing a rush to repeal talk about market-based solutions, they need to study the pre-ACA insurance market. Even though companies back then could refuse to sell to sick people and limit coverage for those who might get sick, many customers were still fleeing high costs and limited competition.

For these reasons, a hasty repeal will be devastating to the one out of three Americans who have health insurance through Medicaid or Medicare programs or the new marketplaces for individual coverage. An ACA repeal would likely cause the collapse of the new markets for individual coverage and the loss of consumer protections throughout the market. And even if individuals don’t purchase their insurance through the marketplace because they don’t qualify for premium tax credits or cost sharing, the entire market for individual families and small business owners who don’t have employer coverage would fall apart with higher costs and less competition.

In addition to the return of rapidly growing costs for the individual market, a repeal vote also threatens the largest insurance program in America: Medicaid, the health insurance plan for low-income Americans. The repeal proposals seek to eliminate additional federal financial aid to states to expand Medicaid and would cut billions of dollars for state healthcare expenses over the next decade, according to Republican budget proposals. That would force governors to decide which vulnerable populations to support at the expense of others, including pregnant women for prenatal care and birth, poor children, or older, lower-income Americans who live in nursing homes.

The rush to repeal also threatens the future of Medicare, which provides health insurance for 52 million American seniors. Since the ACA was passed, Medicare beneficiaries have enjoyed additional benefits, like cancer screenings and yearly checkups without copays, as well as reductions in prescription drug costs for frequent users. Payments now focus more on what happens to patients instead of the number of tests that are run, which has also helped lower costs.

All Americans would be hurt by the rush to repeal, regardless of where we get our health insurance. Those who get coverage through their employers will continue to see healthcare costs rise, since they once again will be paying for the health services for lots of people who aren’t able to pay their bills. (The costs of uncompensated care—healthcare services provided to those unable or unwilling to pay—are spread to the entire insurance market.) In smaller communities and rural areas, it is likely that hospitals will close, since more of their customers will be left with no way to pay for needed services. Healthcare spending is about a sixth of our nation’s GDP, and health providers are often the largest employers in towns across America. With the elimination of benefits and services will come job losses, and our entire economy could suffer.

For at least the next two years, Republicans will have congressional majorities in the House and Senate and control the White House. With so many individuals’ lives on the line, and with major employers like hospitals, insurers, and service companies potentially in real financial trouble without paying customers, the American people should demand to see a replacement plan before any repeal vote occurs.

Kathleen Sebelius served as U.S. secretary of health and human services from 2009 to 2014.