Microsoft Designs a Phone-Tablet You Can Fold Like Origami 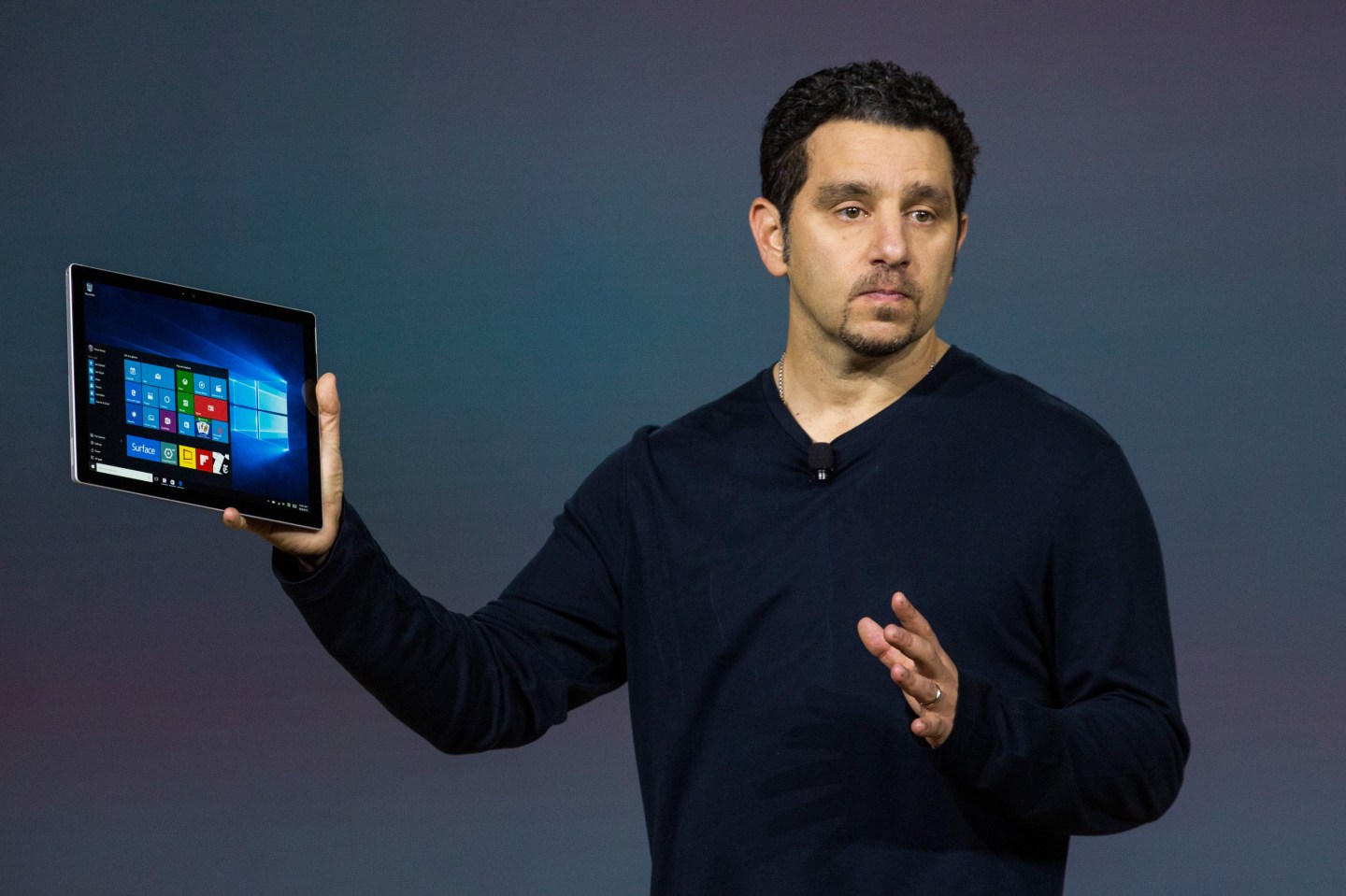 Microsoft has applied for a patent on a foldable mobile device that morphs a phone into a tablet.

The design hinges on, well, a hinge. The computer employs a flexible joint that allows its display to contort into “a plurality of planar surfaces,” or various screen sizes, according to its patent application.

Microsoft’s (MSFT) filing entered the public domain on Monday, as first noted by the Microsoft-focused tech blog MSPoweruser. Initially submitted in October 2014, the patent is pending approval with the U.S. Patent and Trademark Office under application number US14515766.

The patent application notes that people use different computers, depending on their dimensions, for different purposes. For instance, people will text and call with a smartphone, while relying on a tablet for other tasks, such as drafting emails and reading documents.

Instead of forcing consumers to make compromises—buying a “phablet” or purchasing more than one device—Microsoft aims to create an all-in-one device. The option would signal a new category of computers for consumers.

You can see these different ways of manipulating the device in the patent application’s accompanying images and diagrams.

Here are other views of the device’s possible origami-like configurations, per the application.

The designs recall Microsoft’s ill-fated Courier “booklet” device, which the company scrapped in April 2010 after infighting about its product strategy.

Though the plan is intriguing, it is worth noting that this is merely a patent for a conceptual model. Like its rivals, Microsoft files many patents each year, plenty of which are never turned into a product or incorporated into existing products.

Still, the application offers tantalizing hints about the kind of designs that Microsoft is mulling for future models of its Surface line.

Kabir Siddiqui, lead mechanical engineer at Microsoft and the phone-tablet’s inventor, has turned out designs for other products, such as the Surface kickstand, one of the device’s most iconic features, as tech blog The Verge notes.

Microsoft is not the only company developing foldable computers. Samsung, the Korean electronics giant, is rumored to be experimenting with a bendable Galaxy device featuring a flexible screen. And reports have surfaced that Google (GOOG) and LG are working on designs of their own.