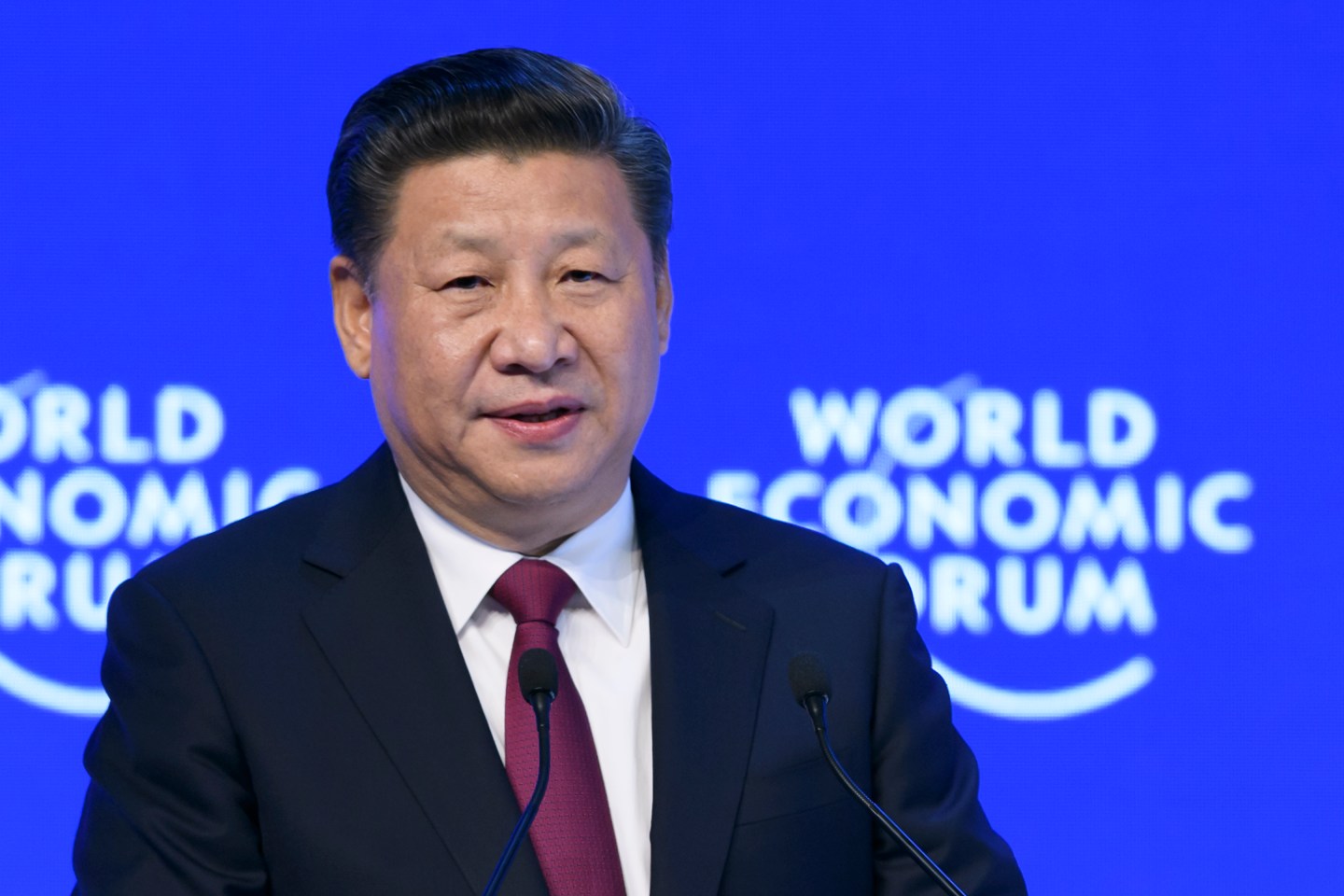 China President Xi Jinping wants Donald Trump to know that he’s not going to let globalism go down without a fight.

In speech on Tuesday at the World Economic Forum, which is being held this week in Davos, Switzerland, Xi warned the U.S. or any other country against turning its back on years of free trade agreements that the Chinese president said had made the world better off. In a speech that at times tried to reach for poetry, the Chinese president likened the modern economy and the force of globalism to a raging river, and said any country that tried to swim against it would surely drown. He also said the world could not afford a trade war.

“Any attempt to turn off the flows of capital and people around the world will be like trying to divert a river into lakes and creeks,” said Xi. “It will not be possible.”

Xi did not name President-elect Donald Trump by name, nor did he specifically say his comments were directed at the U.S., or for that matter at the U.K., which last year voted to exit EU trade agreements. Nor did he say how China might respond to tariffs or other protectionist measures that Trump has talked about. But his comments seemed directly aimed at the U.S. president-elect.

As many suspected, Xi clearly came to Davos, which is traditionally a hotbed of pro-global thinking, to try to paint communist China as even more committed to free trade and open borders than the U.S. And at one point in the speech, Xi drew on words from Abraham Lincoln’s Gettysburg address to describe his own economic policies. “China is pursuing development of the people, by the people, and for the people,” said Xi.

Xi said that China was not always a fan of globalism, but he said his country has embraced it and is not turning back. Xi said that globalism hasn’t been all good, but that it gets blamed for more than it deserved. For example, Xi said the global financial crisis was the result of greed and a failure of regulators, and not globalism. Xi said that “all countries” have a right to pursue their own development, but he warned against any one country pursuing its interests at the expense of others.

“Globalism certainly creates some problems that we all need to solve together,” said Xi. “But what should really scare us is any [leader] not willing to live up to the challenge.”