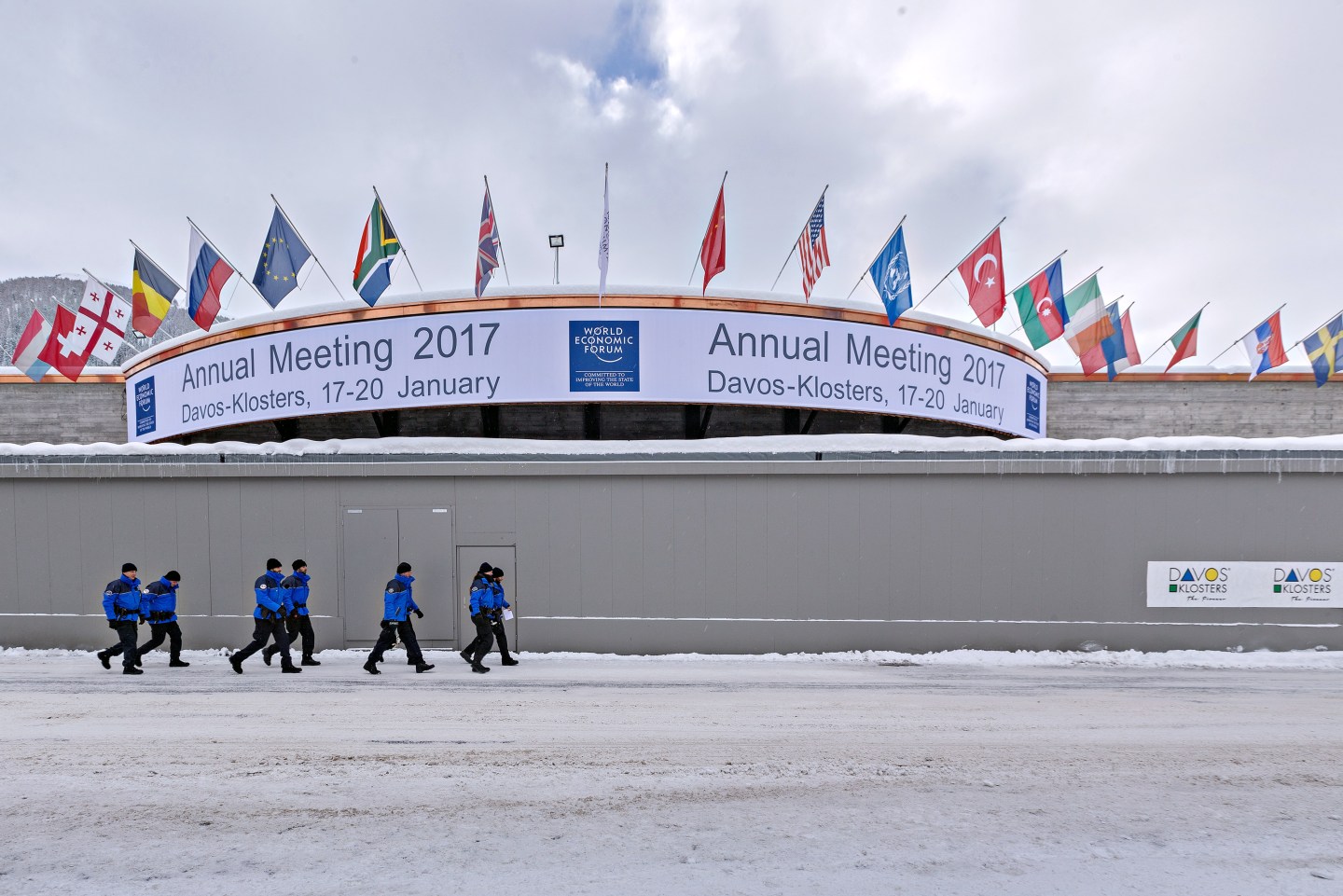 Weapons of mass destruction now ranks as the No. 1 concern of global leaders, according to a new survey from the World Economic Forum. And that was before Trump tweeted about the possibility of a new arms race. It’s the 12th year that the World Economic Forum has published the survey, which polls 750 of the group’s members, including CEOs and leaders and experts in various fields. The organization publishes the survey on the eve of its annual confab in Davos, which kicks off next week.

The survey was conducted in September and early October.

In a report that accompanied the survey results, the World Economic Forum wrote that a rise of nationalism and less cooperation among world powers was raising the risks of global conflicts.

Weapons of mass destruction have come up as a concern before on the survey. But they have never ranked as the biggest perceived risk in terms of potential impact in the immediate year about which the world leaders were surveyed. Last year, WMDs were the second biggest concern of world leaders behind climate change. Nonetheless, climate change remains a major worry. Of the top five worries of global leaders, the other four are related to climate change. Among those, extreme weather conditions was the No. 1 concern, followed by water crisis, major natural disasters, and the failure of climate change efforts to make a difference.

Another big difference than in past years: The lack of concern about some sort of financial shock to the global economy. For the first eight years of the survey, from 2007 to 2014, “asset price collapse” or financial crisis ranked as the No. 1 concern on the survey. The WEF crowd is more focused on economic issues. Nonetheless, in this year’s survey, concerns about markets have largely disappeared. Not a single economic issue made it in to either the top 5 concerns of world leaders for 2017 in either the potential biggest impact category or likeliest to happen. It was the first year in the survey’s existence that an economic issue didn’t show up in either list. In both 2009 and 2010, world leaders put down economic issues as four of their five biggest risks that could have the largest impacts on the world in that year.

The lack of concern about economic issues could reflect that fact that banks and financial markets do seem more resilient following reforms that were made after the financial crisis. It could also signal complacency about world markets following a year in which major world surprises failed to jolt markets.

Instead, this year, it appears world leaders are concerned that the rise to power of a growing number of politicians that seemed to be more focused on domestic issues than in recent years. Indeed, the theme of this years annual conference in Davos is responsible leadership.

“As technological, demographic and climate pressures intensify the danger of systems failure, competition among world powers and fragmentation of security efforts makes the international system more fragile, placing collective prosperity and survival at risk,” the WEF wrote in its annual risk report.