Supreme Court Takes Up Suit Over 2001 Detention of Muslims 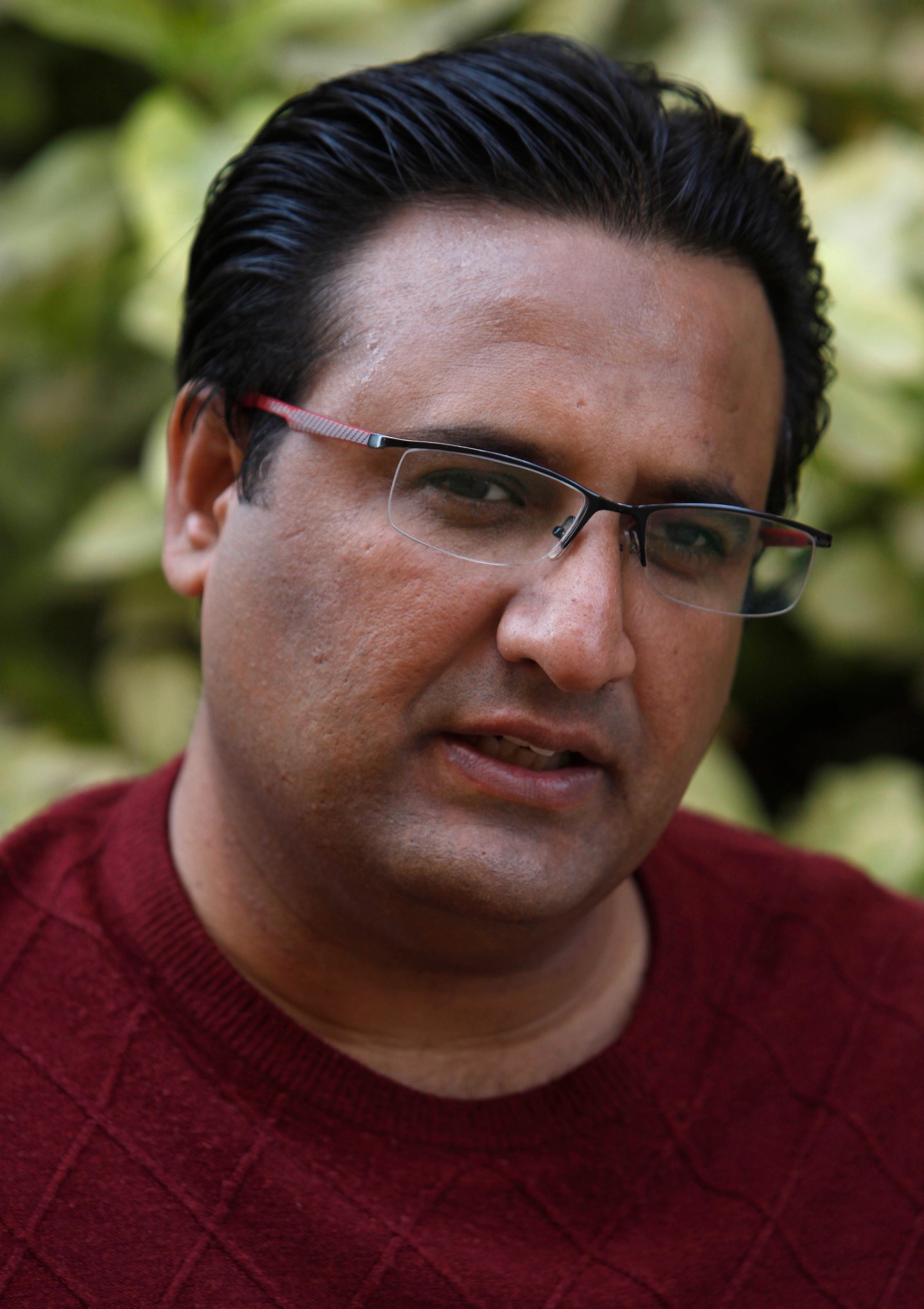 Ahmer Abassi talks to the Associated Press in Karachi, Pakistan, Thursday, Jan. 12, 2017. The Supreme Court on Wednesday is hearing an appeal from former Attorney General John Ashcroft, former FBI Director Robert Mueller and other former U.S. officials who want to shut down a lawsuit filed by human rights lawyers. The legal case is on behalf of Muslim men who were detained at a federal jail in Brooklyn after the Sept. 11 attacks. (AP Photo/Fareed Khan)
Fareed Khan AP

Ahmer Abbasi speaks softly as he describes the strip searches, the extra shoves, the curses that he endured in a federal jail in Brooklyn following the Sept. 11 attacks.

“I don’t think I deserved it,” Abbasi said during a telephone interview with The Associated Press from his home in Karachi, Pakistan.

Abbasi’s quiet, matter-of-fact tone belies his determination, even after 15 years, to seek justice in American courts — provided the Supreme Court will let him.

The justices on Wednesday are hearing an appeal from former Attorney General John Ashcroft, former FBI Director Robert Mueller and other former U.S. officials that seeks to shut down the lawsuit that human rights lawyers have filed on behalf of Abbasi and others over their harsh treatment and prolonged detention.

For more on the Muslim community, watch:

The former officials, including the top immigration enforcement officer and the warden and deputy warden at the New York City jail, say it should not be them.

“Senior government officials should not be regularly second-guessed by lawsuits seeking money damages from them in their personal capacity,” said Richard Samp, chief counsel at the Washington Legal Foundation and author of a brief from four former attorneys general.

Abbasi was among more than 80 men who were picked up in the days and weeks following Sept. 11 on immigration violations. Until then, he said he had been “living the American dream” since coming from Pakistan in 1993. He was living in Jersey City, New Jersey, across the river from Manhattan and driving a taxi in New York.

He acknowledges he remained in the United States after he should have left and that he entered into a fraudulent marriage so he could get a coveted “green card” that would allow him to stay in the U.S. legally. He might never been caught except for the terrorist attacks and the aggressive response of officials who wanted to be sure there would be no follow-on strikes.

When he was arrested in late September 2001, Abbasi said he readily admitted he was in the country illegally and assumed he would be quickly deported. Instead, he was held for nearly 11 months, including more than four months in the most restrictive conditions. He was strip-searched frequently and allowed out of his cell for no more than a couple of hours a day. He was deported in August 2002.

Rachel Meeropol of the Center for Constitutional Rights will argue the Supreme Court case. Meeropol said the men she is representing were arrested without any evidence linking them to terrorism because they fit a profile in law enforcement’s eyes. “They were a group of individuals who looked how they imagined the hijackers looked,” Meeropol said.

A divided panel of the 2nd U.S. Circuit Court of Appeals in New York said the men were detained “as if they were terrorists, in the most restrictive conditions of confinement available, simply because these individuals were, or appeared to be, Arab or Muslim.”

The appeals court said that the suit could go forward because “the suffering endured by those who were imprisoned merely because they were caught up in the hysteria of the days immediately following 9/11 is not without a remedy.”

The case stems from a class-action suit originally filed in 2002. It’s the third time the court has intervened in lawsuits against Ashcroft and others from Muslims who were arrested in the U.S. following the 2001 attacks. The justices have twice sided with Ashcroft.

The odds that the court will come out differently this time are long, especially because only six justices will take part. Justice Sonia Sotomayor was a member of the New York-based federal appeals court that heard an earlier version of the case and Justice Elena Kagan worked on the issue when she served in the Justice Department. One seat on the nine-member high court has been empty since Justice Antonin Scalia died in February.

Four justices — a majority of those taking part on Wednesday — voted to limit the ability to sue Ashcroft in the two earlier cases.

Abbasi said he harbors no anger toward the United States. If anything, he misses his time there. His brother is an American citizen and his nephew recently graduated from Penn State.

He said he tried to get a visa to attend the high court hearing. “I was denied for some reason,” Abbasi said. So, too, were others who sought visas, Meeropol said.