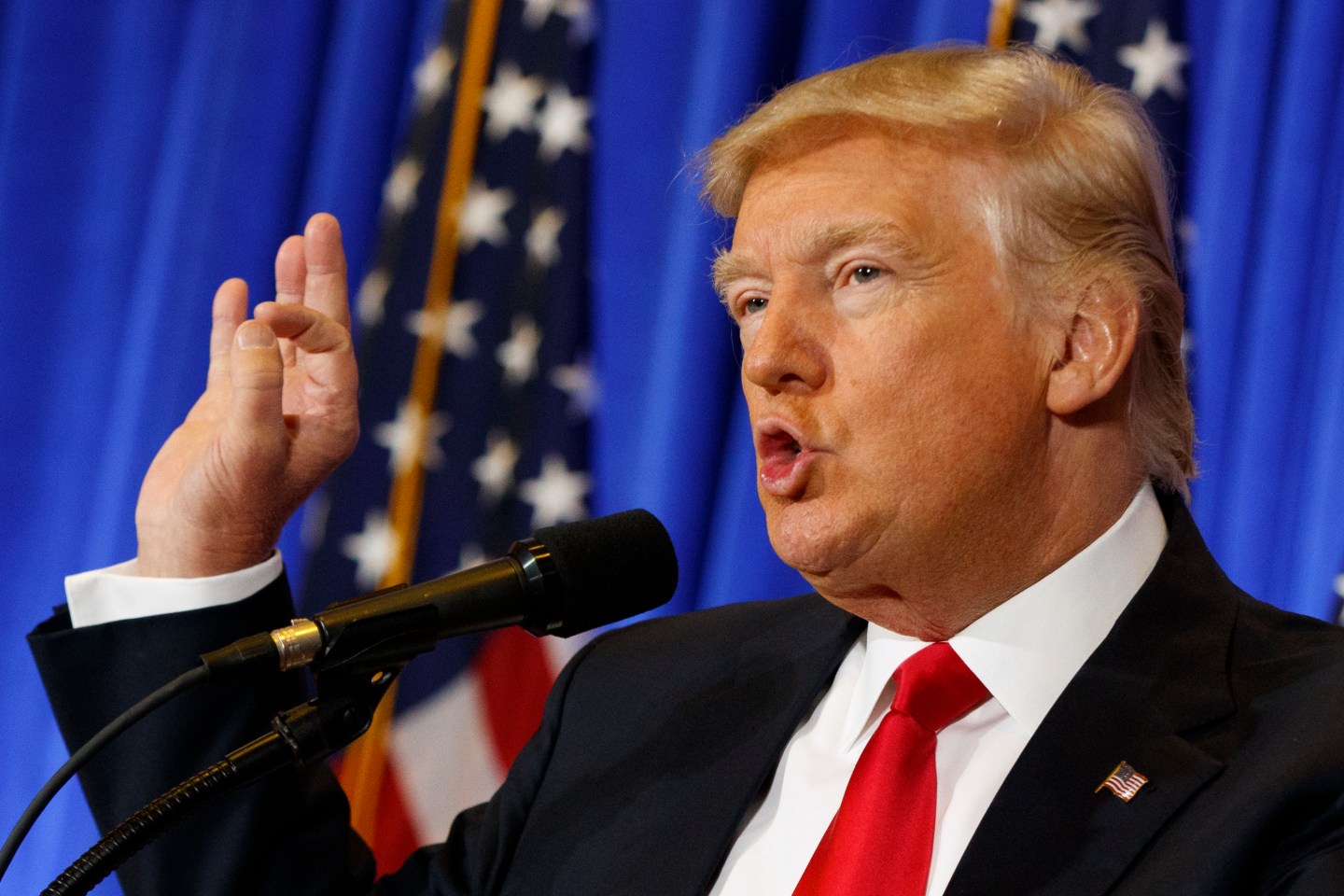 President-elect Donald Trump sent biopharma stocks into a tailspin Wednesday after asserting that pharma is “getting away with murder” on drug prices during a closely-watched press conference. But Trump’s suggestions for keeping these high prices in check through a bidding process for Medicare could re-invigorate the nastiest political debates about “care rationing” that surrounded the Affordable Care Act, aka Obamacare.

For some context: Obamacare contained a pretty wonky (but significant) provision called the Independent Payment Advisory Board (IPAB). This, along with certain other parts of the law, eventually got heaped under the “death panels” slur that former half-term Alaska Governor Sarah Palin famously used to criticize the Affordable Care Act (and which was subsequently named PolitiFact’s Lie of the Year in 2009).

IPAB is supposed to be triggered once spending growth in the Medicare program for the elderly crosses a certain threshold. The 15-member panel – which has never actually been invoked since Medicare’s never hit the magic number – would then propose a variety of cuts in payments doled out to doctors, drug companies, and other health industry stakeholders in order to rein in spending. Palin and other critics decided to label this fairly innocuous cost-cutting mechanism as “care rationing” that would let government bureaucrats decide whether or not granny gets to live (again, this is not actually true).

The board, even in its current purely theoretical form, is likely not long for this world given that the Obamacare repeal train is chugging along. But Trump’s assertion that the federal government must start a bidding process for drugs in order to control prices and spending could very well invite similar criticisms from political opponents and the well-funded drug industry.

That’s because price-based bidding for market access only works if the programs that pay for drugs have the power to reject certain treatments, even if they’re clinically effective, as long as they’re found not to be cost-effective.

Bidding for drug prices means Medicare has to be able to decline to cover drugs with unsatisfactory bids. Expect death-panel-esque politics.

This is something that’s played out time and time again in other countries where government watchdogs determine which therapies are eligible for funding and which aren’t.

Even when private insurers and benefits managers decide to leave a treatment off their formularies (i.e., their lists of covered products), it usually causes a stir. For example: Cigna’s decision this week to drop coverage of the EpiPen in favor of a cheaper competitor and pharmacy benefits manager Express Scripts’ original controversial decision to snub Gilead’s hep C cure Sovaldi in favor of a competitor from AbbVie.

So just imagine the backlash if the Secretary of Health and Human Services (HHS), who oversees Medicare, had the power to reject a rare disease treatment like Vertex’s pricey cystic fibrosis drug Orkambi (which still doesn’t receive NHS funding in the U.K.) over an inadequate bid. It’s not hard to see a scenario where the pharma lobby enlists an outraged parent of a cystic fibrosis patient to decry government overreach that restricts patient choice.

Competitive bidding could very well be an effective way of fighting sky-high drug prices that are taking a toll on patients and their families. But in a country like the U.S., where drug makers are used to getting their products covered and many patients are used to the option of accessing a wide array of medicines if they so choose, the policy would get some fierce political pushback from powerful stakeholders.