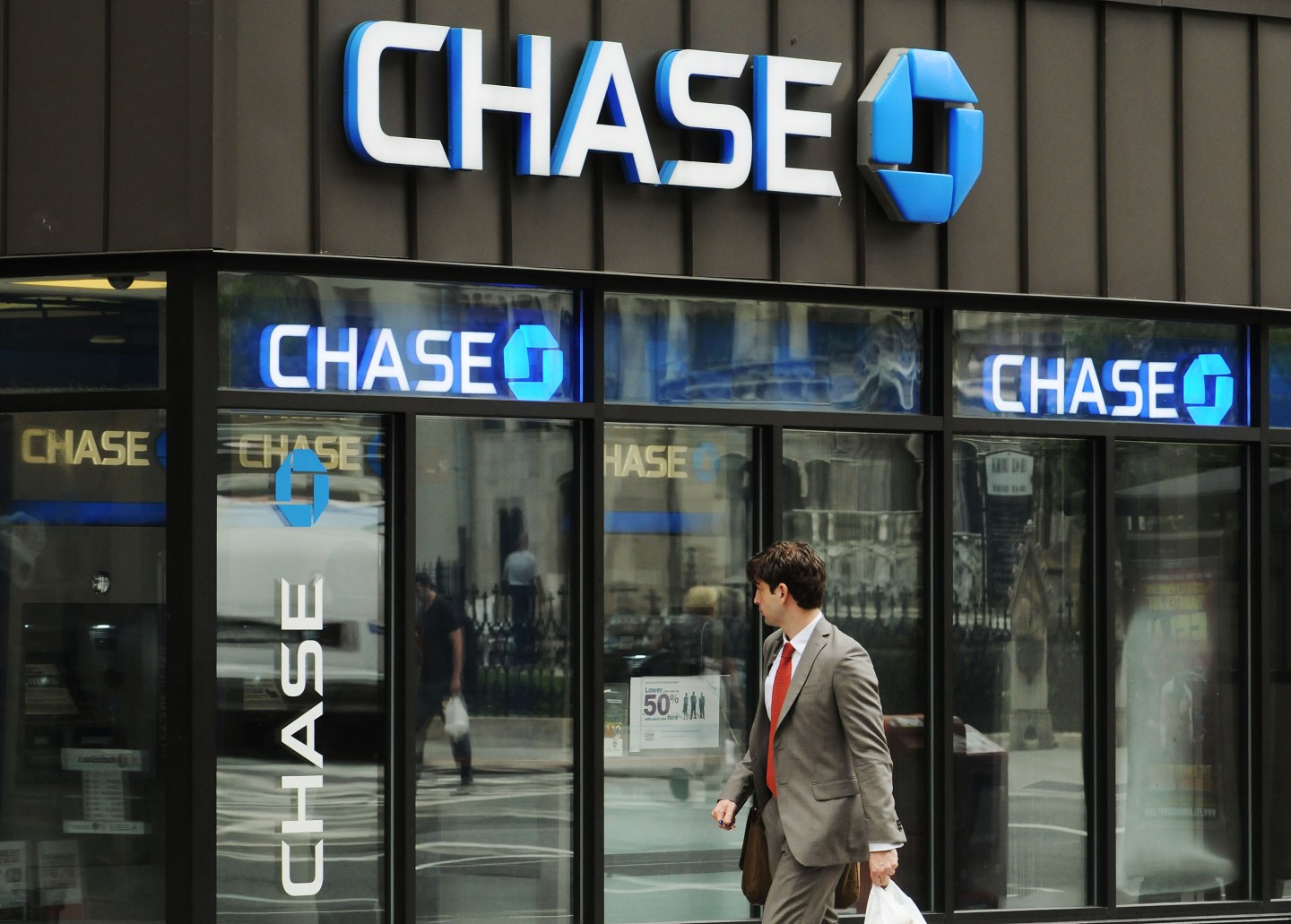 J.P. Morgan Chase just missed getting back into the 12-figure club.

The biggest bank in the nation reported Friday that its earnings shot up 30% in the fourth quarter of 2016, compared to the quarter before. That was better than analysts were expecting. The bank’s revenue from its continuing businesses, though, was up just 2% from the previous quarter, a sign that a number of J.P. Morgan’s businesses slowed in the quarter. And investors reacted to the earnings with a muted thumbs-up. Shares of J.P. Morgan (JPM) were up less than 1% in pre-market trading, to $64.30.

The Big Number: J.P. Morgan earned $6.7 billion, or $1.71 a share, in the fourth quarter of 2016. That was significantly better than the $1.43 that analysts were expecting. For the year, the bank earned $24.7 billion. But the really big number was J.P. Morgan’s revenue, which for the year rose $2.5 billion, and topped $99 billion, putting the bank less than a billion away from returning to the 12-figure club. J.P. Morgan’s revenue hasn’t topped $100 billion since 2010.

What it Means: Things are definitely getting better for the big banks, and for J.P. Morgan in particular. And while there is a lot of talk about President-elect Donald Trump coming to Wall Street’s rescue, the biggest boost recently has come from the better economy and slowing rising interest rates. Low rates have been holding down bank lending revenue ever since the financial crisis. That appears to be changing, though still slowly. J.P. Morgan’s net interest income was up 6%.

One of the bank’s biggest boosts, in fact, came from having fewer bad loans, and that trend is expected to continue. The bank’s provision for bad loans dropped nearly $400 million in the fourth quarter from a year ago. That’s another sign that the bank thinks the real economy is still strong.

What You May Have Missed: Despite the good earnings news, J.P. Morgan’s lending growth slowed in the quarter. Loan balances at the bank rose just 1.4% in the last three months of 2016. That was down from 2.4% in the third quarter, and 4% in the quarter before that. The drop in lending suggests that while optimism may be abounding these days, especially in the stock market, whatever real boost Trump may give the economy hasn’t really kicked in yet.