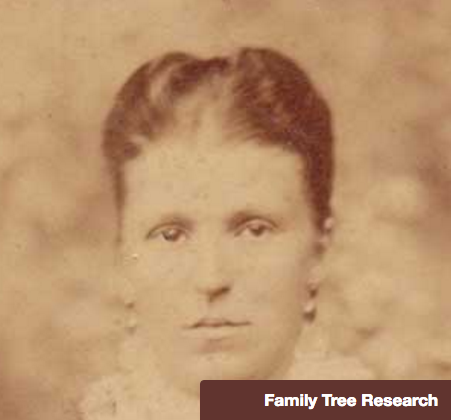 People began scrambling this week to erase their name from an obscure website called Family Tree Now after discovering a remarkable amount of personal information on the site—including age, home addresses (current and past) and names of family members and loved ones.

A friend called my attention to the site earlier this week after finding it contained detailed and accurate records about both her and mother. All you have to do is put in your name and state. I tried it out too and it immediately showed places I lived as well the name of a former partner. It’s pretty unsettling.

While the site purports to be a place for genealogy research, it feels more like a stalking site. While Family Tree Now appears to have been around since 2015, it soared to public attention this week after an Alabama woman, Anna Britain, raised the alarm on Twitter:

Brittain also offered instructions to remove your name from the site; a number of news articles have since urged consumers to do so. The removal process, however, is cumbersome, and my friend said she was only able to remove one name a day. And in some cases, the removal process doesn’t appear to work at all:

The @familytreenow site is a nightmare. They dox you & your family with a total disregard for safety. The "Opt Out" option doesn't work. 😡 pic.twitter.com/PsSEEQSHKx

According to the Washington Post, the owner of the site is Dustin Weirich, a Sacramento entrepreneur. Weirich did not respond to an emailed request for comment about his business, but Google records list a person of same name as the founder of a dating site, DateHookUp, which has been the subject of unverified complaints by users on a site called RipOff Review. There is also a profile for a Dustin Weirich on Angel List, a site for tech investors that includes this picture:

The Family Tree Now site does not describe its business strategy, but it appears to be based on targeted ads. When I searched my name, for instance, the list of results included a carefully placed ad for Virgin America, whose website I recently visited. As a result of this week’s publicity storm, Family Tree Now is likely attracting record web traffic, and earning Weirich significant money.

While a site that provides detailed personal information about people are not new, they are not as easy to access. Companies like Spokeo, for instance, make data available that includes addresses and cell phone numbers, but a subscription is required.

As many on Twitter have pointed out, the Family Tree Now site poses a personal safety risk, especially to those who have been in abusive relationships or work in sensitive professions.

And while some people are threatening to sue Family Tree Now, it’s not clear if the service is unlawful. Compared to other countries, the U.S. has very weak privacy laws and the country’s de facto data cop, the Federal Trade Commission, can do very little to punish first time offenders. The website’s listing of children’s names may also violate a law that protects kids’ privacy.

For now, though, the site appears to enjoying attention and and revenue even as users struggle to delete themselves from it.