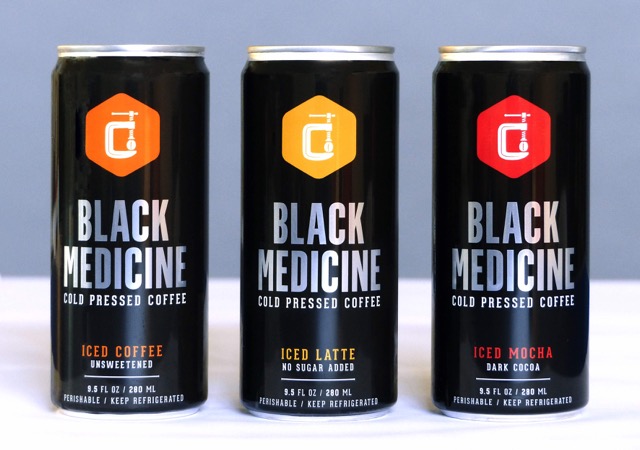 Fans of the show Breaking Bad will notice a few parallels between real-life entrepreneur Chris Cooper and Walter White, the series’ teacher-turned-drug-dealing protagonist.

Like White, Cooper graduated from the California Institute of Technology and, just like White, used his chemistry skills to run a meth lab. But while White managed to avoid jail time, Cooper wasn’t so lucky—he was caught, and served four years of an eight-year sentence in the 1980s.

This is where the two men’s trajectories diverge. Whereas Breaking Bad’s lead character continues down a path of increasing violence, Cooper, 64, says prison changed his life for the better. He learned to code behind bars and, upon his release, applied these skills to found a series of tech companies, including the market data provider Quote.com, which sold for $80 million in 1999.

Since then, he’s returned to chemistry—only this time instead of cooking up drugs, he’s using it to brew iced coffee. Founded in 2014 his latest venture, called Black Medicine, sells a canned, premium cold coffee drink. Cooper invented the brewing process himself, in which nitrogen is introduced at high pressure as the coffee is brewing, as opposed to traditional nitrogen cold-brews where the gas is injected after the coffee is finished, which Cooper says adds intensity and more flavor.

Cooper says the idea for Black Medicine originated from his time running a coffee bar in Oakland, Calif., called Monkey Forest Road. While the cafe itself wasn’t very successful and closed down in 2013, one of its top selling products was a cold coffee drink he brewed in the back using his specialty nitrogen-injection process. Believing he was onto something, he bottled the drink in glass beer bottles with twist off caps, and visited neighboring cafes to see if they’d be interested in selling it to their customers. The reception was so good he decided to focus on the drink full-time.

Today, Black Medicine manufactures its drinks out of an 18,000 square foot warehouse in Oakland and has nine full-time employees. It is sold in 750 stores—including several hundred Safeway and Whole Foods stores out west—and has doubled revenues every year since launching, generating around $600,000 in sales in 2016.

While there are significant differences between Black Medicine and Cooper’s previous tech startups — for one, there’s far more legwork involved in scaling a consumer product company than there is “scaling a Dotcom,” he says—that hasn’t stopped high-profile tech investors from taking notice. Back in May when Black Medicine raised $1 million on the investment platform CircleUp, Union Square Ventures’ Fred Wilson gave the company an enthusiastic shout-out on his blog. “Not only does the product look great,” he wrote, “but you can get a $1.3mm pre-money valuation for a product that did over $300k in sales last year and is growing rapidly.”

Still, Cooper has his work cut out for him. While the ready-to-drink cold coffee space is worth some $2.3 billion in the U.S., according to consumer products researchers Euromonitor, the category is crowded and competitive. Coffee giants Starbucks and Peet’s offer nitrogen coffee drinks, as do plenty of smaller, artisanal brands such as Stumptown Roasters, Chameleon Cold-Brew, and Califia Farms.

Related: The Former CEO of Clif Bar Is Trying to Get America to Drink Herbs

Cooper insists he isn’t worried about the competition. He knows who his audience is — millennials who are eager to try something new and willing to experiment with emerging drink brands, as well as traders, programmers, and others in high-intensity professions who are looking for a more natural alternative to Red Bull. He targets them primarily through word of mouth, in-store demos, and through guerrilla advertising such as using Black Medicine-branded vans and tricycles to hand out free samples in urban markets out west.

In the end, though, Cooper says his trump card is the product itself: Consumers, he believes, will respond to the way Black Medicine tastes, which he says can be, well, mind altering.

“When you find good coffee,” he says, “it’s life-changing.”

Correction and Clarification, January 13, 2017: The language in this article has been changed to more accurately reflect Black Medicine’s brewing process and to specify aspects of competing coffee drinks that also use nitrogen. It also corrects the terms of Cooper’s prison sentence, which was eight years, not four.