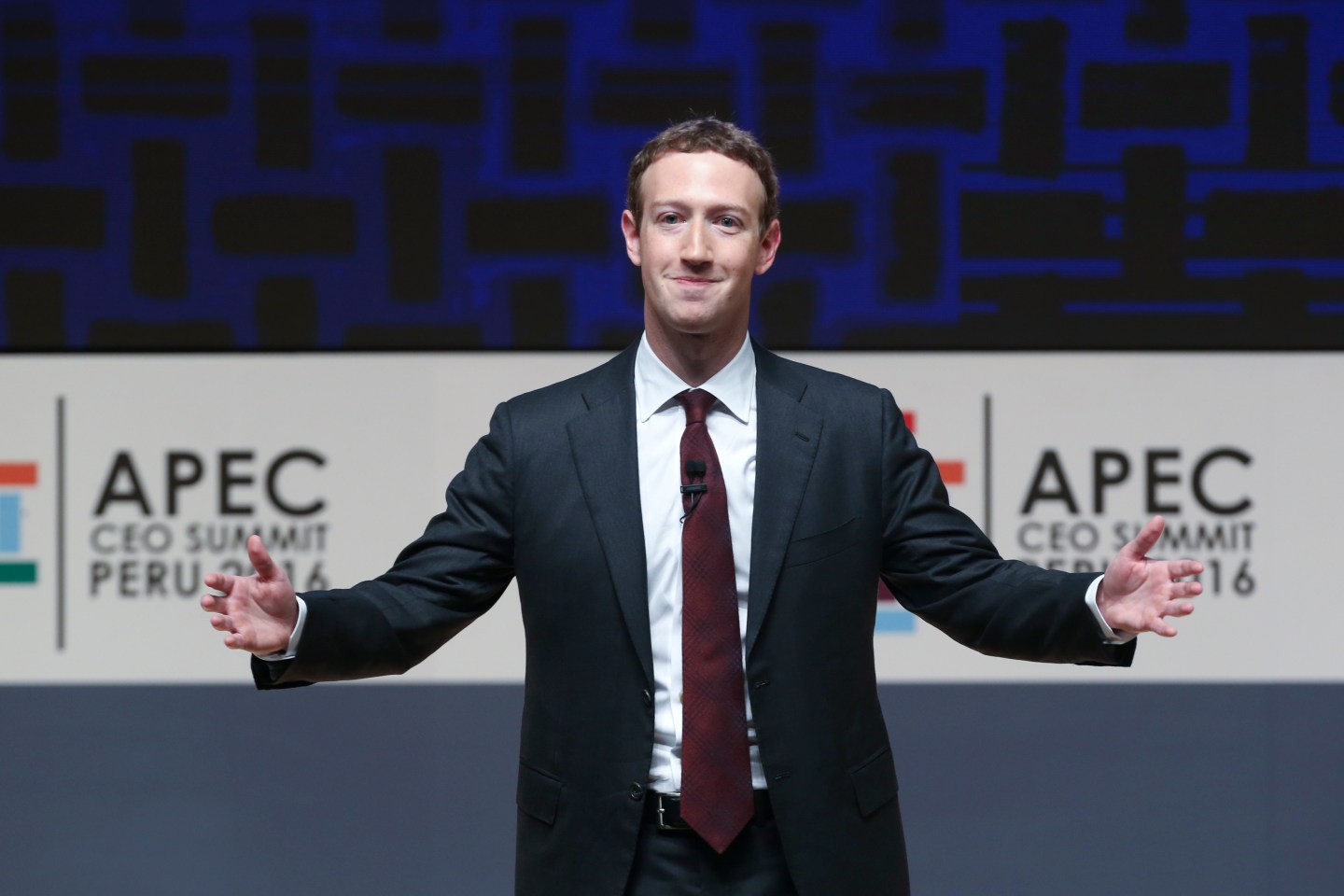 Mark Zuckerberg’s New Year’s resolution to launch a 30-state tour of the United States in 2017 has led to speculation that he is weighing a future in elective office. “After a tumultuous last year,” Zuckerberg wrote in a Facebook post, “my hope for this challenge is to get out and talk to more people about how they’re living, working and thinking about the future.”

Zuckerberg’s commitment to step outside the Silicon Valley bubble represents an important moment for CEO leadership. More than half, 77% of voters in Santa Clara, the county that comprises Silicon Valley, voted for Hillary Clinton. Rather than retrench further into the Bay Area’s bastion of progressivism, Zuckerberg understands that the future of his company – and in no small part the future of America – hinges on the willingness of our corporate leaders to understand and engage with the millions of Americans who aren’t visible in their daily lives. The 2016 election demonstrated that Americans increasingly live in siloes, listening primarily to people who have similar backgrounds and perspectives. Facebook, with its near-ubiquity in the United States and 1.8 billion global users, can be a major part of the solution.

Importantly, Zuckerberg’s wife, Priscilla Chan, will join him on the 30-state tour, which indicates that this is about both his role as CEO and the couple’s emerging role as titans of philanthropy and social investment. Indeed, the Chan-Zuckerberg Initiative has the potential in the coming decades to be one of the great philanthropic organizations, along with the Gates Foundation, the Rockefeller Foundation, and the Ford Foundation.

Zuckerberg’s tour will give him a chance to learn and lead. If orchestrated thoughtfully, it could echo Robert F. Kennedy’s famous 1968 campaign tour across Eastern Kentucky, in which he sought to better understand anyone who wished to share their hopes and fears, ideas and anxieties. The tour can inspire Zuckerberg to build products and services that make life better for the broadest number of people.

The tour may have echoes of a political campaign, but Zuckerberg actually doesn’t need elected office to help unite our fractured nation. We are entering the “Age of the CEO Statesman,” a major shift in American political culture in which corporate executives have the opportunity to leverage their impact to push for social change, and in which people will increasingly look to executives, alongside political leaders, as change agents.

With the federal government running low on both the funds and the political will to do the big things necessary to compete in the 21st century — such as broadening access to jobs and opportunity, catalyzing entrepreneurship and providing access to capital — private sector leaders have an opportunity, and an obligation, to fill the void.

The private sector has already stepped up to fulfill many of the responsibilities that used to fall on government. Pharmaceutical and technology companies are investing heavily in research and development to fill the gap where federally-funded research no longer suffices. Major government functions, including some aspects of our national defense, are now privately outsourced. Even space travel, which half a century ago was the ultimate symbol of the U.S. government’s commitment to conquering new frontiers, is now largely led by companies like SpaceX, Virgin Galactic and Blue Origin.

In the Age of the CEO Statesman, skeptics will look warily at the shift in influence from the governments to the private sector. A healthy dose of skepticism is warranted, and there is no guarantee that every company will use its newfound influence optimally. But here’s the good news: just as the opportunity for influence is rising in the private sector, so too is the platform that consumers have to influence corporate decision making.

Social media gives everyone direct access to the CEOs of major companies. When consumers don’t like a product or policy, they can speak with a loud voice. And when enough people take a side, companies are increasingly forced to listen and rethink their decisions. As much of this communication between consumers and companies takes place on social media, the CEO of the world’s largest social platform must be especially focused on this trend.

The relationship between the newly-empowered company and the newly-empowered consumer is embryonic and evolving quickly. To some executives, the fear of a viral social media uprising in response to a new policy is ulcer-inducing. But to others, the possibility of connecting with people in a more meaningful way and achieving double bottom line success is a game-changer.

Zuckerberg’s leadership of Facebook will face a number of tests in 2017, from his continued response to the fake news controversy to questions about the limits of speech and expression on the platform, particularly the emerging Facebook Live tool. His U.S. tour will be a fascinating case study in his willingness to listen and his capacity to lead. How he shares his learnings – and whether he adapts his corporate and philanthropic efforts based on what he hears – will be one of the most compelling stories of 2017. If he is successful, expect others to follow his lead.