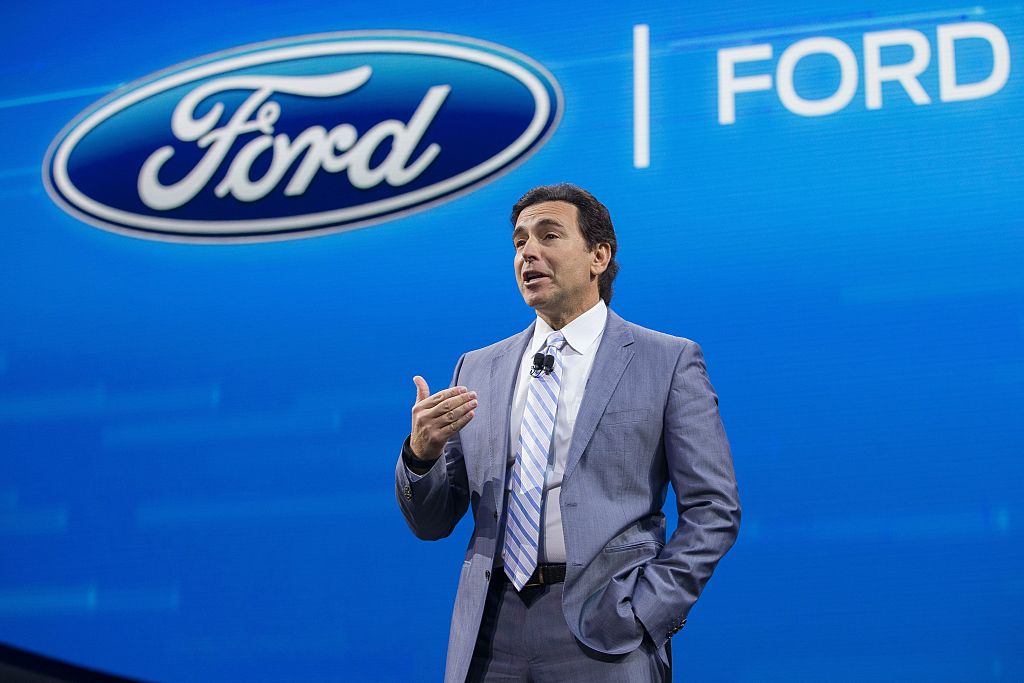 He said that the Ford autonomous car as envisioned by the automaker would have neither a gas pedal nor a steering wheel, and that passengers wouldn’t have to control the car “in a predefined area.”

Making these comments during an interview with CNBC at Detroit’s North American International Auto Show, Fields also questioned the automotive industry’s use of the term “autonomous” in describing cars with any level of self-driving capabilities.

“In our industry, the word autonomous is being used very, very liberally. There’s different levels of autonomy,” he explained. According to CNBC, engineering professional association SAE International has developed a six-tier scale for automated driving, with level zero being no automation at all and level five being full automation.

For news on the Detroit Auto Show, watch Fortune’s video:

Fields added that “when a company says they’re going to have an autonomous vehicle,” the question it should be asked be “at what level.”

In Ford’s case, as he told CNBC, “we said a level four vehicle in 2021″—or “high automation” as defined by SAE, which entails that the automated system can perform all aspects of the driving task when set in specific driving modes, “even if a human driver does not respond appropriately to a request to intervene.”