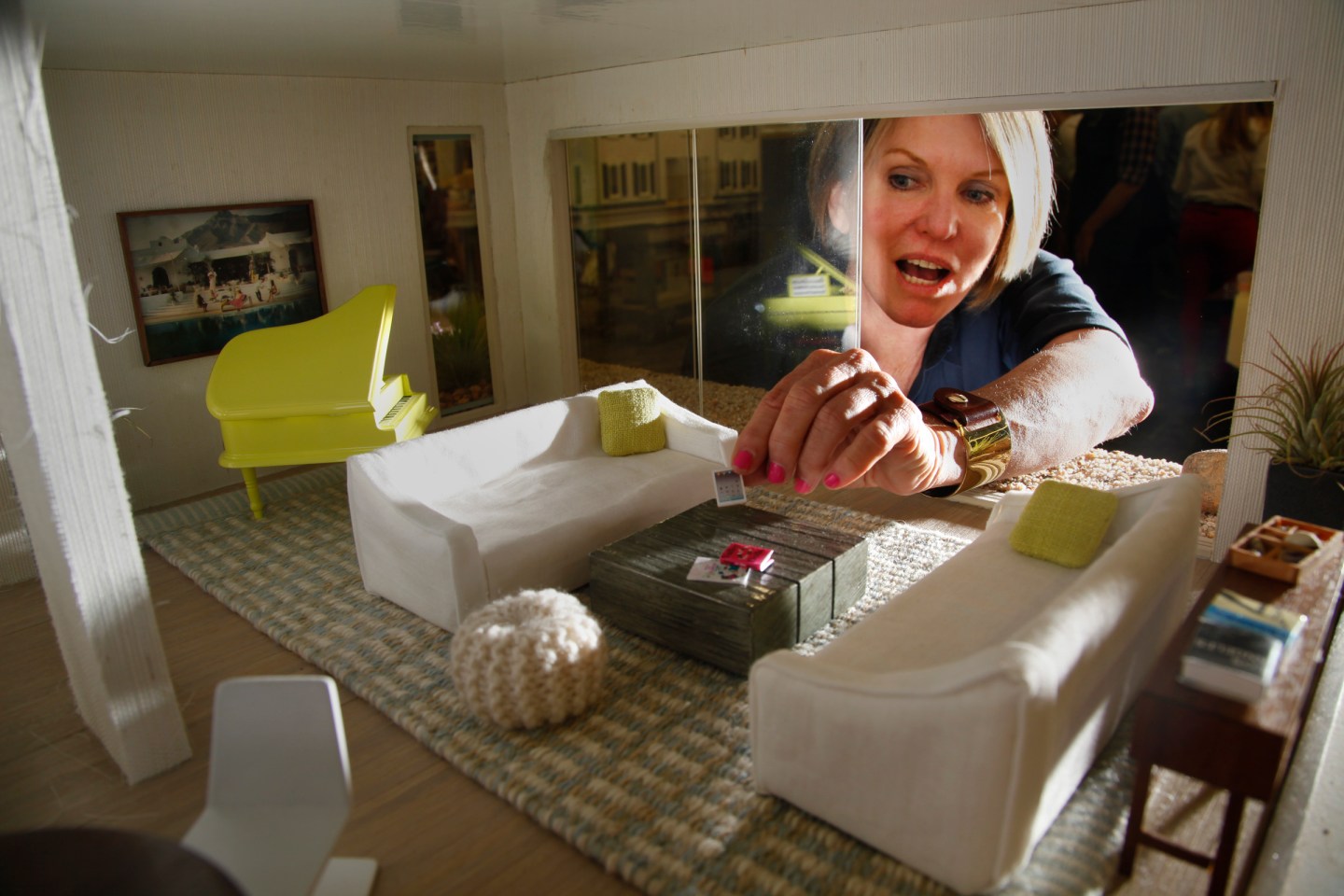 Interior designer Chris Barrett reaches through a sliding window wall in a contemporary beach dollhouse designed by architect Richard Manion to place a replica book on the coffee table. The house is one of ten custom dollhouses being auctioned on April 17, 2013 to benefit the UCLA Children's Discovery and Innovation Institute APRIL 2, 2013 (Photo by Mark Boster/Los Angeles Times via Getty Images)
Mark Boster—LA Times via Getty Images

Amazon Echo is a gift that keeps on giving.

Owners complained that their voice-activated devices set off on an inadvertent shopping spree after a California news program triggered the systems to make erroneous purchases, according a local report. A morning show on San Diego’s CW6 News station had been covering a segment about a six-year-old girl in Texas who ordered to her home a dollhouse and four pounds of cookies through her parents’ gadget.

The comment proved mischievous. A number of Amazon Echos registered the statement as a voice command, and placed orders for dollhouses of their own, the station said.

“A handful” of people said that their devices accidentally tried to buy the toys, reported the Verge, which spoke to the station, although the total figure is not known. Patton told the tech blog that he didn’t think any devices actually completed their purchases.

The misfires are attributable to Amazon’s decision to enable voice purchasing by default on Echo devices, even though they do not distinguish between different people. The setting is an obvious choice for Amazon, which makes money on e-commerce sales, but the added convenience comes at a cost of being more prone to error.

For more on Amazon Echo, watch:

Customers have the option to add parental controls, including a four-digit code to authorize purchases.