Exclusive: This Digital Health Firm Is Assembling an All-Star Roster of Biopharma Vets 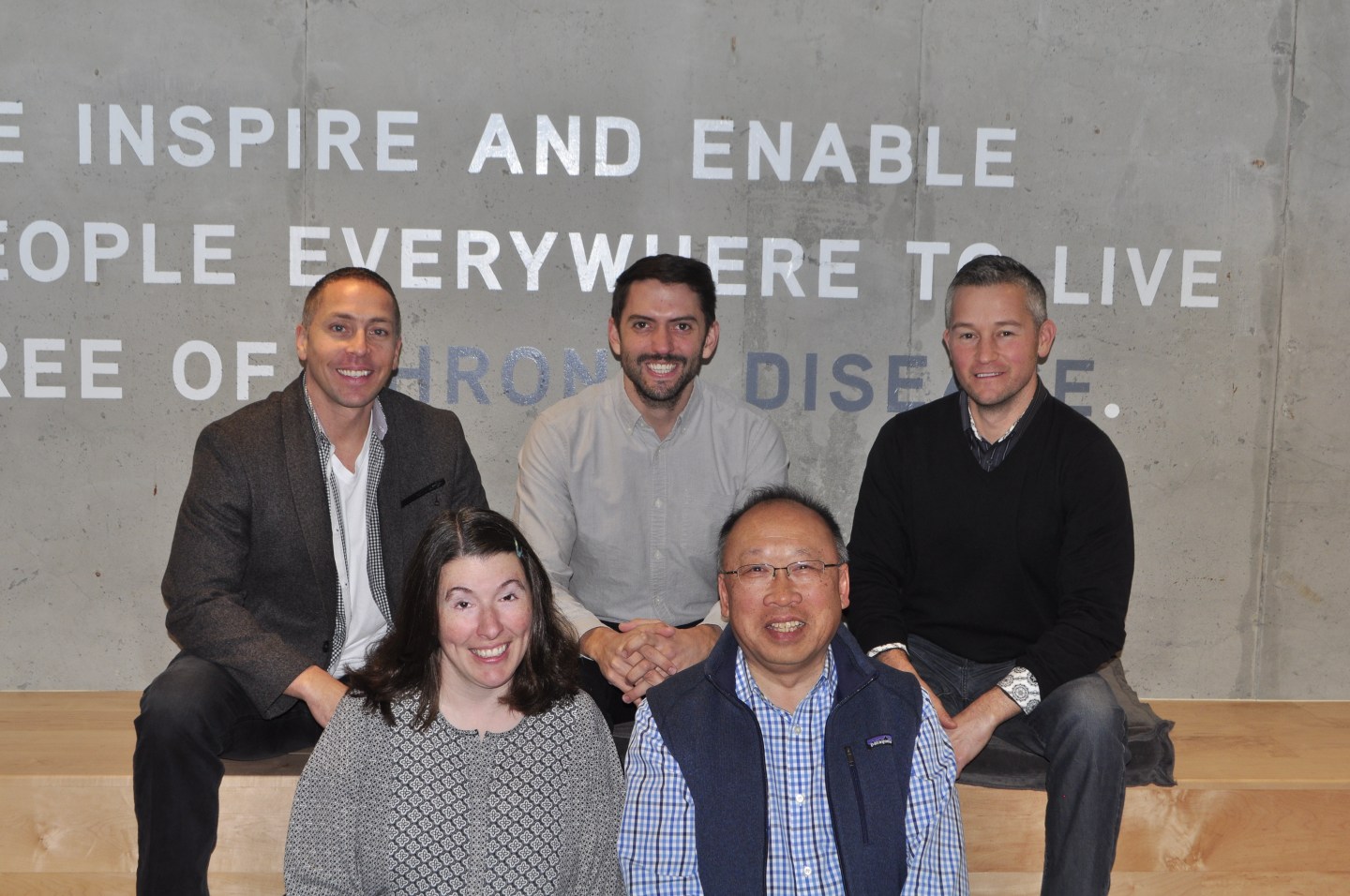 Omada Health has accomplished a rare feat in the crowded world of digital health hopefuls: it’s backed up lofty claims with actual results, helping the company score federal government reimbursements for its high-tech diabetes prevention program. Now, Omada is taking on some major biopharma talent as it heads into 2017 with the goal of becoming a go-to “digital therapeutics” option.

Omada has hired former Sanofi chief medical officer (CMO) Dr. Paul Chew to serve as the company’s new CMO and Tom Schoenherr, who helped lead genomic sequencing upstart Counsyl to the $100 million threshold, as its new chief commercial officer (CCO). The firm’s also snapped up Dr. Carolyn Jasik of the University of California at San Francisco to serve as medical director and industry vet Rob Guigley (formerly of Counsyl and AstraZeneca) as the VP of health plan sales.

That’s a whole lot of eclectic star power for a relatively fresh company. “I don’t think a team like this really exists elsewhere,” Omada co-founder and CEO Sean Duffy told Fortune in a phone interview alongside Chew and Schoenherr. Duffy argues that this mix of talents is necessary to stand out as a digital health firm that aims to simultaneously offer personalized diabetes and heart disease prevention strategies alongside evidence that its tech actually improves health while cutting costs for employers, patients, and health plans alike.

Omada’s digital therapeutics platform attempts to address disparate health care needs that can be particularly cumbersome for people at risk for chronic diseases like diabetes through a combination of data analytics, user engagement, and the broad goal of preventing these kinds of conditions from developing in the first place. A digital scale, smart phone app, and online support community that advises pre-diabetes patients on the best ways to stick to their diet and exercise regimens makes up the heart of the prevention program.

Chew tells me that one of the main reasons he’s drawn to Omada is that the company has several wide-ranging studies published in actual peer-reviewed medical journals suggesting its system really works. Having worked closely on major diabetes treatment medications like metformin and Sanofi’s flagship insulin Lantus, Chew was taken with the idea that such treatments, however innovative, don’t have to be necessary by default.

“The reason I’m here is that I was very excited about the problem that we weren’t addressing in pharma—dealing with the 86 million people with pre-diabetes that can lead to a tsunami in health care costs,” he said, adding that “pharma is looking beyond the pill” and that “digital therapeutics will become therapeutics,” particularly when it comes to preventing disease.

Sidenote: Chew is also one of the few biopharma execs I’ve ever spoken to who voluntarily brought up the Institute for Clinical and Economic Review (ICER), a tough drug pricing critic organization which insists on proven outcomes (and has consequently become a major biopharma gadfly), because the group actually validated the cost-effectiveness of Omada’s tech.

The pay-for-performance ethos stretches to the top, too—Duffy notes that customers who use Omada’s services don’t have to pay unless they actually achieve health and/or cost-related results.

But there still need to be some major systemic changes for the company to meet its ultimate goal of becoming a pioneering, premier distributor for diabetes and cardiovascular disease prevention services. “The evolution of the reimbursement system has to continue,” said Schoenherr, adding that he’s confident that insurance companies, hospitals, and employers alike will increasingly move towards pay-for-performance incentive structures in health care.