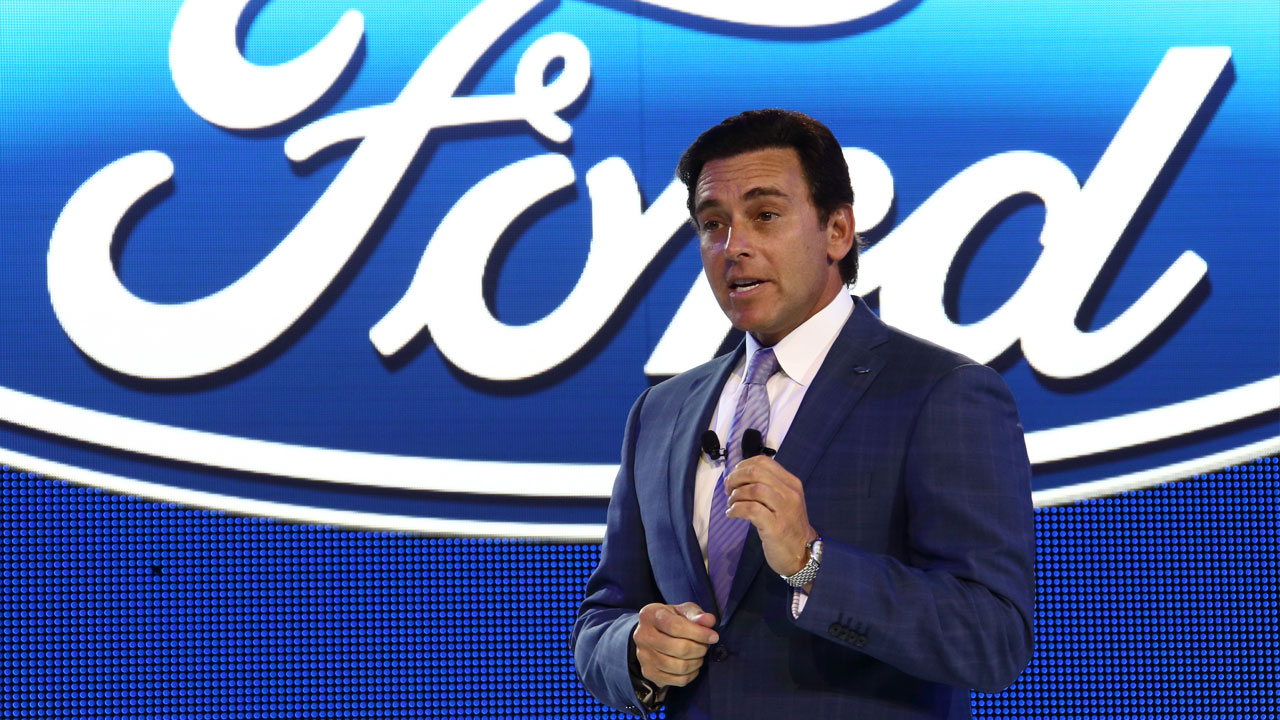 The shadow of president-elect Donald Trump seemed to loom over Ford’s decision to scrap plans for a $1.6 billion factory in Mexico and instead invest $700 million in a Michigan assembly plant to build autonomous and electric vehicles.

Why else would Ford make such a sudden about-face? Surely, Trump, who singled out Ford numerous times during his campaign as a symbol of outsourcing and the decline of manufacturing, was the catalyst—the influencer who steered Ford into a new direction.

The explanation, of course, isn’t nearly as neat or accurate.

Exactly one year ago—at a Fortune Brainstorm Tech dinner—Ford CEO Mark Fields was steadfast in the company’s strategy, which includes producing vehicles with lower profit margins in Mexico where labor costs are lower. And that hasn’t changed.

But the market has, Fields told Fortune after the announcement.

“It’s very simple,” Fields said explaining the decision behind the plant cancellation. “We’ve seen the market demand drop for small cars. Every year, we look at industry, segmentation changes and then we compare that to our capacity needs. And it was very clear as we were going through the year that we didn’t need the capacity.”

Fields stressed that market conditions have changed dramatically in the past.

“Even in the last six or eight months, if you look at how the segmentation has changed from cars to trucks and SUVs it’s been pretty dramatic; pretty unprecedented,” he said. “Our views have changed because we’re nine months, a year later, and the market has moved. Any business needs to make sure they’re looking at the business environment and not so hand-cuffed to previous decisions so you end up waking up two years omigosh what did we do?”

Ford wanted to produce the Focus in Mexico to improve profitability, Fields said. And the Focus is staying in Mexico. Those jobs are not returning to the U.S. Ford is moving production of the next-generation compact Focus car to an existing facility in Hermosillo, Mexico.

That move allows Ford to invest money somewhere else. It was here—in the company’s decision to invest that money in the U.S.—where Trump’s tax proposals did have an influence Fields admitted to Fortune. It was not because of his rhetoric about penalizing U.S. companies that move operations to Mexico and other foreign countries, Fields said. Trump had promised to slap a 35% tax on cars, trucks, and parts that Ford makes in Mexico and ships into the United States.

Ford says it will invest about $700 million into its Flat Rock Assembly Plant in Michigan to build an all-new fully electric small SUV and a high-volume autonomous hybrid vehicle designed for commercial ride hailing or ride sharing. In all, the company outlined plans for seven electrified vehicles, including a hybrid version of its best-selling F-150 pickup that will be available by 2020 and sold in North America and the Middle East. Ford also plans to build a hybrid version of the Mustang built at the Flat Rock Plant. The hybrid Mustang will debut in 2020 and will be available in the North America to start, Ford says.

“As you can imagine, we look at a lot of different factors and one is that we feel it’s going to be a positive business environment under President-elect Trump, particularly for manufacturing,” Fields said. “We are confident that he’s going to be able to deliver on that and that does play a part. It did play a part in those decisions.”

“He’s made it very clear there will be tax reform and that could be very beneficial to us as well as the things he’s been talking about around infrastructure investment,” he said. “Overall, I think bringing down the corporate tax rates is obviously extremely important because we have the highest tax rate in the world. Tax holidays to bring back cash, that’s not really an impact to us because literally 80 to 85% of our cash is here in the U.S.”

Another promising policy for Ford is the border adjusted tax, a proposal floated by House Republicans. The border adjusted tax proposal would change the entire system for how U.S. companies are incentivized or taxes on their imported and exported goods. Under the proposal, companies wouldn’t be able to deduct the cost of their imported goods, removing one incentive to move operations outside the U.S. In addition, a U.S. company’s exports would not be subject to U.S. tax.

“We’ll have to see what this border adjustability tax looks like,” Fields said. “The good news for us: We’re the largest manufacturer of automotive vehicles in the U.S. and we’re one of the biggest exporters.”