Uber and Lyft Carpooling Services Could Replace 75% of Vehicles 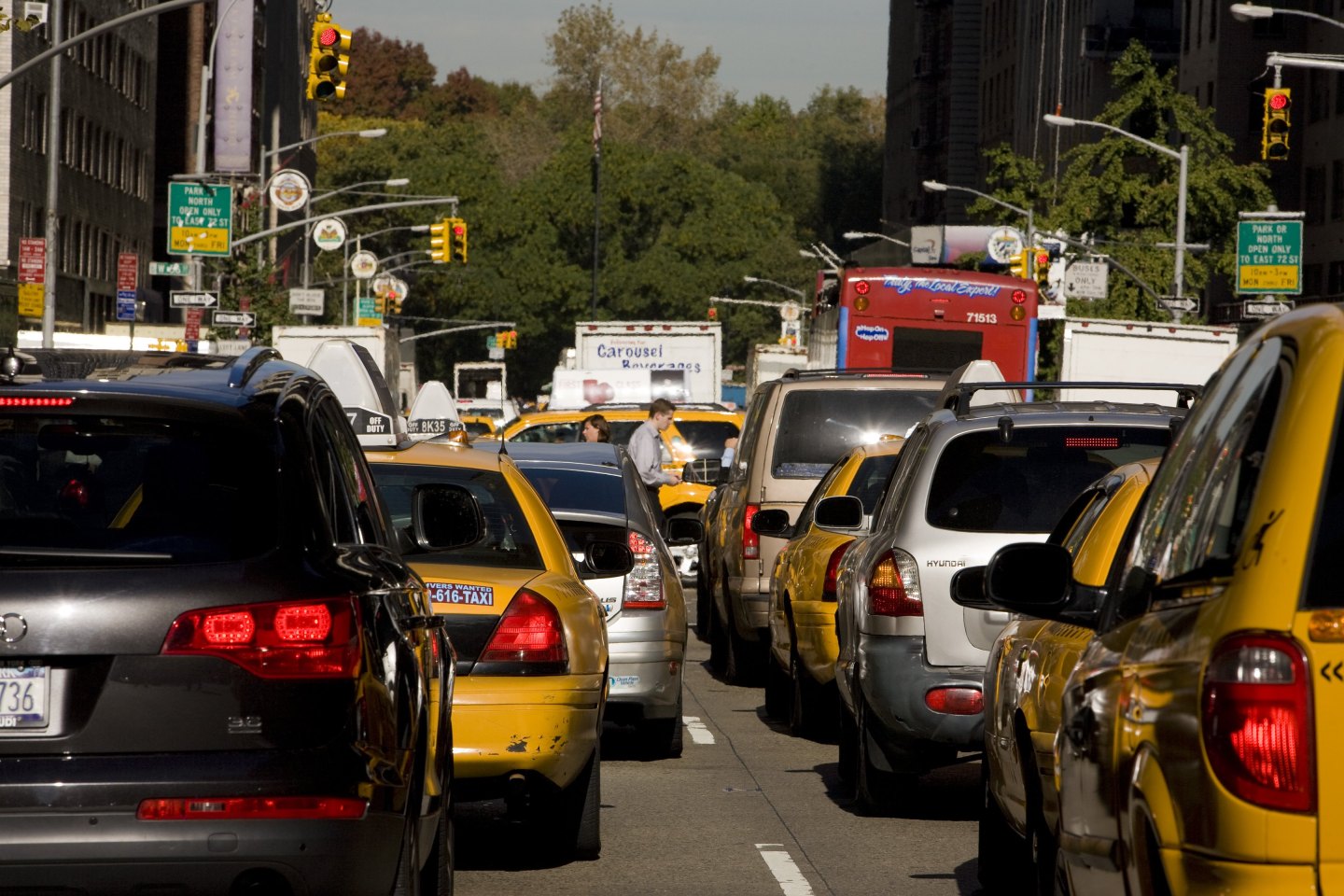 It’s not a shocker that carpooling apps could reduce traffic congestion. But now MIT researchers estimate that successful use of ride-share apps like Uber and Lyft could reduce the number of vehicles on the road by a whopping 75% without slowing down travel.

Using their own algorithm, the MIT researchers estimated that 2,000 four-person cars could cover nearly all (95%) of the demand for taxis in New York City, with an average wait time of less than three minutes, for example.

Using data from three million taxi rides, the researchers came up with an algorithm that they say reroutes vehicles based on passenger requests and assigns idle cars to high-demand areas. That would also speed up service by up to 20%, according to the research.

Some details about the work by the team led by professor Daniela Rus were published Monday by MIT’s Computer Science and Artificial Intelligence Lab (CSAIL). Update: The full survey was published in the Proceedings of the National Academy of Sciences

Of course, the beneficial result depends on masses of people actually using the carpool options offered by Lyft, Uber, and other ride services. Most riders, especially in the U.S., still prefer having the back seat to themselves. Reviews of carpool offerings like UberPool and Lyft Line have been mixed to negative.

Still, there may be change afoot. In 2015, Lyft reported that 50% of its San Francisco rides and 25% of those in New York were covered by less expensive carpool options. And, both Uber and Lyft have tested discounted monthly passes for carpool customers.

The technology the MIT team has devised would, in theory, match two to four people to a car, so that a single driver could make fewer trips and still make the same money, Rus told MIT’s news service.

The system also works with autonomous cars, which it can reroute based on real-time requests, she said.

“To our knowledge this is the first time that scientists have been able to experimentally quantify the trade-off between fleet size, capacity, waiting time, travel delay, and operational costs for a range of vehicles from taxis to vans and shuttles,” Rus said, according to the CSAIL report.

Editor’s Note, January 3, 2017: This story has been updated to include a link to the published study.