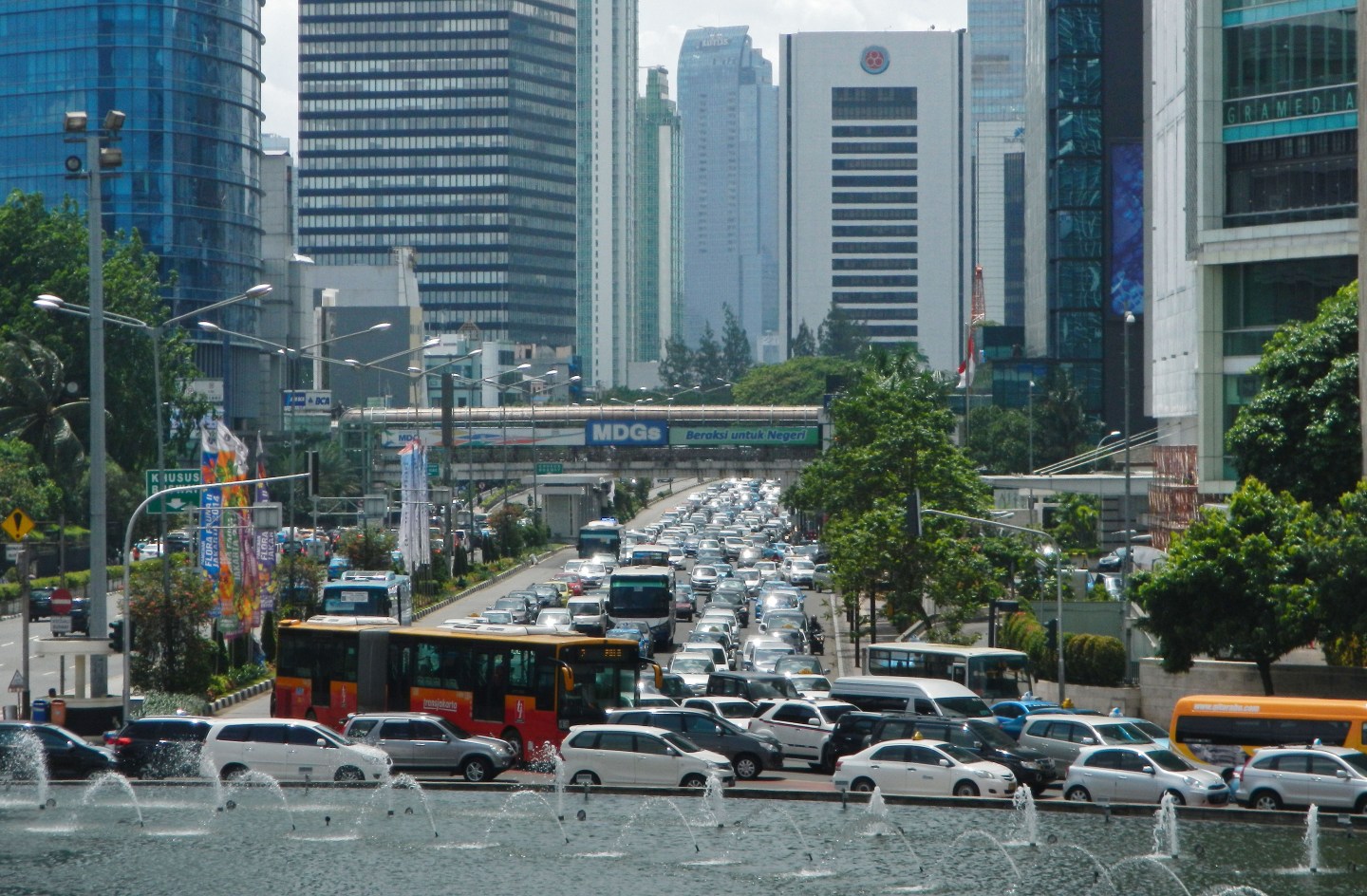 Motorists commute on a busy road in Jakarta on December 17, 2014. Jakarta encounters a range of urban issues such as traffic, with more than 3 million cars daily entering the largest metropolitan city in Southeast Asia, according to the police. AFP PHOTO / Bay ISMOYO (Photo credit should read BAY ISMOYO/AFP/Getty Images)
BAY ISMOYO/AFP/Getty Images

“After we did a comprehensive review, we said no need to use J.P. Morgan’s services as a primary (bond) dealer and a perception bank,” Suahasil Nazara, the head of the ministry’s fiscal policy office, told Reuters.

A 2006 government decree says a perception bank is one appointed by the finance minister to receive transfers of state revenue not related to imports, including tax, onshore excise and non-tax revenue.

The decision was taken after J.P. Morgan issued a note in November downgrading its rating for Indonesian bonds to “underweight” from “overweight”, he said.

The official said the bank’s analysis “did not make sense” because it recommended a “neutral” position for Brazil, a better rating than for Indonesia, despite what he said was a more stable political situation in the Southeast Asian nation.

“We have asked them to clarify their assessment. They’ve explained to us, but we found their argument not credible. It’s not that we think we’re so great, but we look at ourselves and we look at other countries’ economies,” Nazara said.

“Our mindset is, if you’re doing business here in Indonesia, the spirit is to maintain stability. Don’t create unnecessary volatility to create business,” he added.

A J.P. Morgan spokeswoman said on Tuesday that it continued to operate its business in Indonesia as usual. “The impact on our clients is minimal and we continue to work with the Ministry of Finance to resolve the matter,” she said in an email.

“Bond markets are starting to price in faster growth and higher deficit,” the bank wrote, adding that the “spike in volatility” may stop or reverse flows into fixed-income assets in emerging markets.

However, the bank said in the note that the downgrade on Indonesia and Brazil was a “tactical” response to Trump’s victory. Both economies are improving, with lower policy rates likely to support valuations for 2017, it added.

Indonesia’s 10-year credit default swap, a swap contract used to measure credit risk in fixed-income products, and the yield of its benchmark 10-year bonds spiked after the U.S. election, though they have since dipped.

Analysts have said that Indonesia’s economy should be supported by domestic consumption, which makes up more than half of gross domestic product.

But the relatively high foreign ownership of government bonds and Indonesia’s lack of depth of financial markets make it vulnerable to capital reversals, they say.

In 2015, then-Finance Minister Bambang Brodjonegoro said he had given J.P. Morgan a sanction that “will be disturbing for them and make them uncomfortable” after it recommended an “underweight” position on Indonesian bonds. He didn’t say what the sanction was.