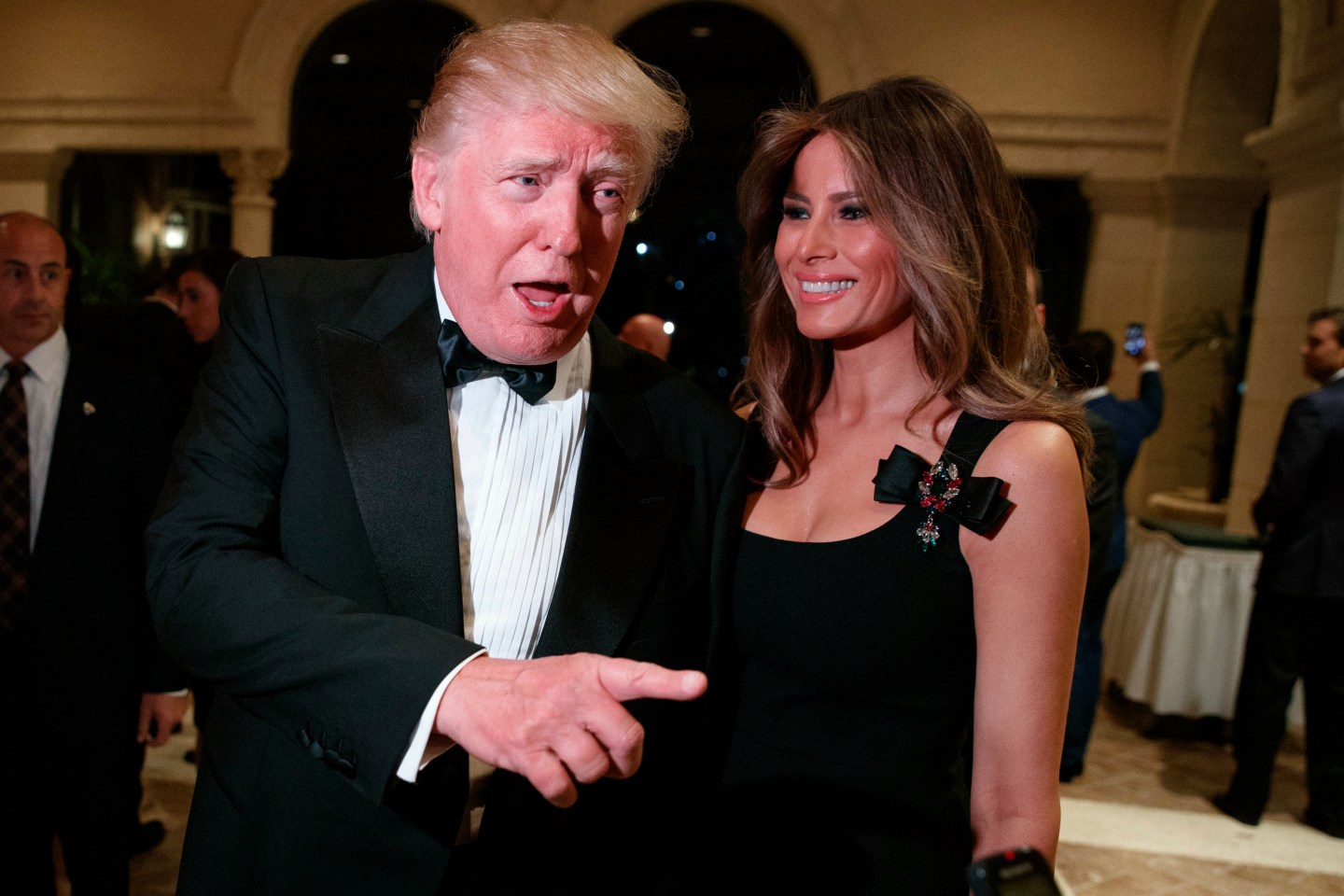 President-elect Donald Trump says that “no computer is safe” when it comes to keeping information private, expressing new skepticism about the security of online communications his administration is likely to use for everything from day-to-day planning to international relations.

Trump rarely uses email or computers despite his frequent tweeting.

“You know, if you have something really important, write it out and have it delivered by courier, the old-fashioned way. Because I’ll tell you what: No computer is safe,” Trump told reporters during his annual New Year’s Eve bash. “I don’t care what they say.”

Trump, who has said that he plans to meet with intelligence officials next to week to learn more about the allegations, said he wants U.S. officials “to be sure because it’s a pretty serious charge.” He pointed to intelligence failures over the existence of weapons of mass destruction in Iraq before the U.S. invasion, and declared himself an expert in the area.

“I know a lot about hacking. And hacking is a very hard thing to prove, so it could be somebody else,” he said.

He added, cryptically, that he also knows “things that other people don’t know. And so they cannot be sure of the situation.”

Trump made the comments during his annual New Year’s Eve bash at his Mar-a-Lago club. Hundreds of guests gathered in the club’s grand ballroom, including action star Sylvester Stallone and romance novel model Fabio. Reporters were invited to watch as guests arrived.

For more on Trump and tech, watch:

Earlier in the day, Trump ditched his press pool, traveling to play golf at one of his clubs without a bevy of journalists on hand to ensure the public has knowledge of his whereabouts.

A member of Trump’s golf club in Jupiter, Florida, posted a photo on Twitter of Trump on the greens Saturday morning and said about 25 U.S. Secret Service agents accompanied the president-elect. Reporters had not been advised of the visit to the club.

Transition aide Stephanie Grisham confirmed that Trump had made a “last-minute trip” to Trump National Golf Club Jupiter, which is about a half-hour drive from Mar-a-Lago, where Trump has been spending the holidays. He returned to the estate at midafternoon.

Grisham said that she and other aides weren’t aware of the trip and “appreciate everyone’s understanding.”

“We are in the home stretch of this transition period and don’t anticipate any additional situations like this between now and inauguration,” she said in a statement.

Tech Industry Could be “First to Suffer” From Trump Immigration Policy

Trump, both as a candidate and during the transition, has often scoffed at tradition, such as allowing a group of reporters to follow him at all times to ensure the public knows where he is. Not long after his election, Trump went out to dinner with his family in Manhattan without informing the pool of his whereabouts.

The practice is meant to ensure that journalists are on hand to witness, on behalf of the public, the activities of the president or president-elect, rather than relying on secondhand accounts.

The White House also depends on having journalists nearby at all times to relay the president’s first comments on breaking news.

Trump aides appear to have made an effort in recent weeks to offer additional access, allowing reporters to camp out outside a doorway at Mar-a-Lago to document staff and Cabinet candidates’ arrivals and departures. Aides also are providing information about his meeting schedule.

Every president and president-elect in recent memory has traveled with a pool of journalists when leaving the White House grounds. News organizations take turns serving in the small group, paying their way and sharing the material collected in the pool with the larger press corps.

Before he went golfing Saturday, Trump tweeted an unusual New Year’s message to friends and foes: “Happy New Year to all, including to my many enemies and those who have fought me and lost so badly they just don’t know what to do. Love!”

This one was decidedly more upbeat and carefully prepared — illustrated with a photo that included his holiday message next to it, including a hashtag and abbreviation referring to his campaign slogan: Make America Great Again.

“To all Americans- HappyNewYear & many blessings to you all! Looking forward to a wonderful & prosperous 2017 as we work together to #MAGA.”