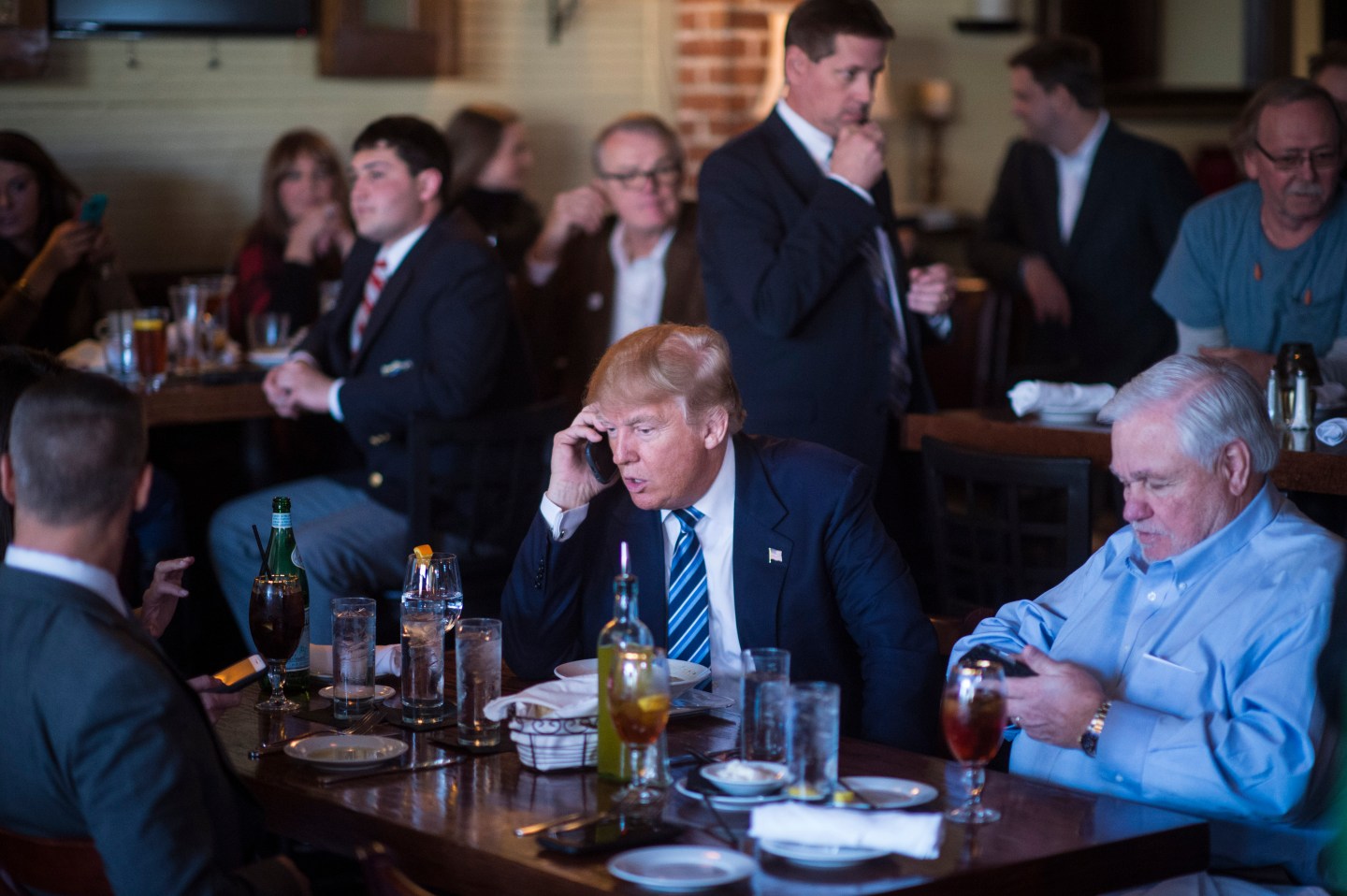 In a new report from inside the Trump transition process, the New York Times reports that President-Elect Trump doesn’t want to give up his Android phone when he moves to the White house. He worries, according to the Times’ sources, that he will become isolated without the phone. It is his main point of remote contact with friends and advisors—and with the Twitter account that is so central to his public influence.

It’s a deeply ironic concern, given the context. As covered in-depth recently by Politico’s Garrett Graff, it was Hillary Clinton’s commitment to using only her personal BlackBerry at the State Department that led her staff to set up a private email server—and in turn, arguably, to her defeat in the presidential election.

Also much like Clinton, Trump isn’t very familiar with how to use a computer, and didn’t use email as recently as 2007. Clinton’s unwillingness to check email on a desktop (as Colin Powell advised) was another factor contributing to her private-server issues.

It seems likely, though not certain, that Trump would face hurdles similar to those Clinton was working around if he wanted to use personal devices and accounts while in office. Hacking efforts against U.S. political parties and government entities reached new heights during the election, and Androids have been subject to occasional vulnerabilities, making for a potential security headache.

On the other hand, many of the transparency rules and practices that Clinton was accused of flouting as Secretary of State, including the Freedom of Information Act, don’t apply to the President. That may leave Trump freer to communicate however he wants to.

Trump has previously expressed his partiality to Samsung phones, and his use of an Android device helped observers figure out whether he or his staffers were responsible for particular tweets during the campaign, including the period leading up to Election Day when his staff took over his social media presence entirely.