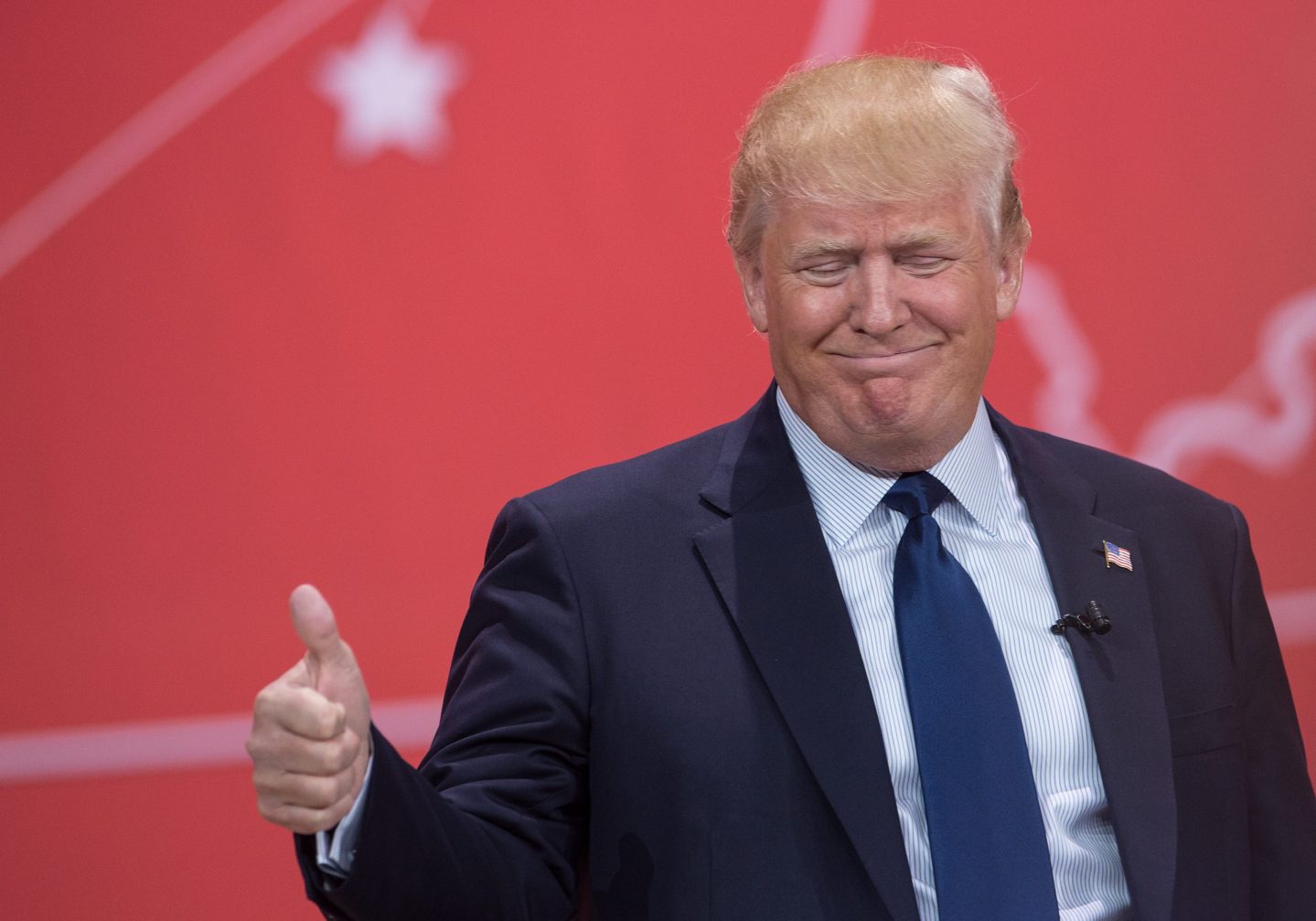 Donald Trump famously made use of Twitter throughout 2016, eschewing the media channels typically used by presidential candidates and heads of state in favor of 140 character missives published to social media. His end-of-year salutations were no different, as the President-elect wished a “Happy New Year to all, including to my many enemies and those who have fought me and lost so badly.”

Happy New Year to all, including to my many enemies and those who have fought me and lost so badly they just don't know what to do. Love!

Reuters notes that Trump will be ushering in 2017 with a private party at his Mar-a-Lago club in Palm Beach, Florida, which is expected to draw celebrity guests such as Sylvester Stallone of Rocky and Rambo fame.

Of course, Trump wasn’t the only Twitter user who took to the social media platform to bid farewell to 2016, a year that many described as “the worst year ever.” A long series of celebrity deaths, a divisive election cycle, natural disasters, the Zika outbreak, Syria, Brexit, Russian cyberattacks, the ongoing Flint water crisis, and numerous protests against everything from police shootings to the Dakota Access Pipeline left Americans across the board feeling drained.

Some cheekily saluted those still stuck in 2016 from a time zone where midnight had already come and gone.

Others celebrated beloved celebrities who did not shuffle off this mortal coil.

Madonna is not only alive, but wrapped up her year by doing an ad for Heineken.

One tweeter pointed out that things could always be worse:

Cubs fans celebrated 2016 as a year with a silver lining:

Many say that 2016 was the worst, but the Chicago Cubs became world champions. From that perspective it was the best year ever. Happy 2017!

Tech veteran Buzz Anderson got philosophical about what exactly made 2016 so tough.

One of the things I think really defined 2016 was context collapse. Breakdown of historical perspective, false equivalences run amok.

"Alexa, pour me a glass of bourgogne and read me my most fav'ed tweets." #2017goalsetting

Others reflected on how 2016 made them feel through one of the season’s most popular memes:

Perhaps social media had a certain extra influence on how 2016 was perceived. As Slate put it, “Social media brought home the miseries of 2016, even as 2016 made social media that much more miserable.”

But then again, there are some who took to Twitter with an air of optimism. Musician Questlove of The Roots wants to get his new year off on the right foot with a “dope vegan spot in Miami.”

Aight. Let's survive 2017. Can someone recommend a dope vegan spot in Miami please?

Whatever your 2016 experience, Twitter is sure to have a meme or three to match it.