Did These Hatchimals Just Drop the F-Bomb in Front of Little Kids? 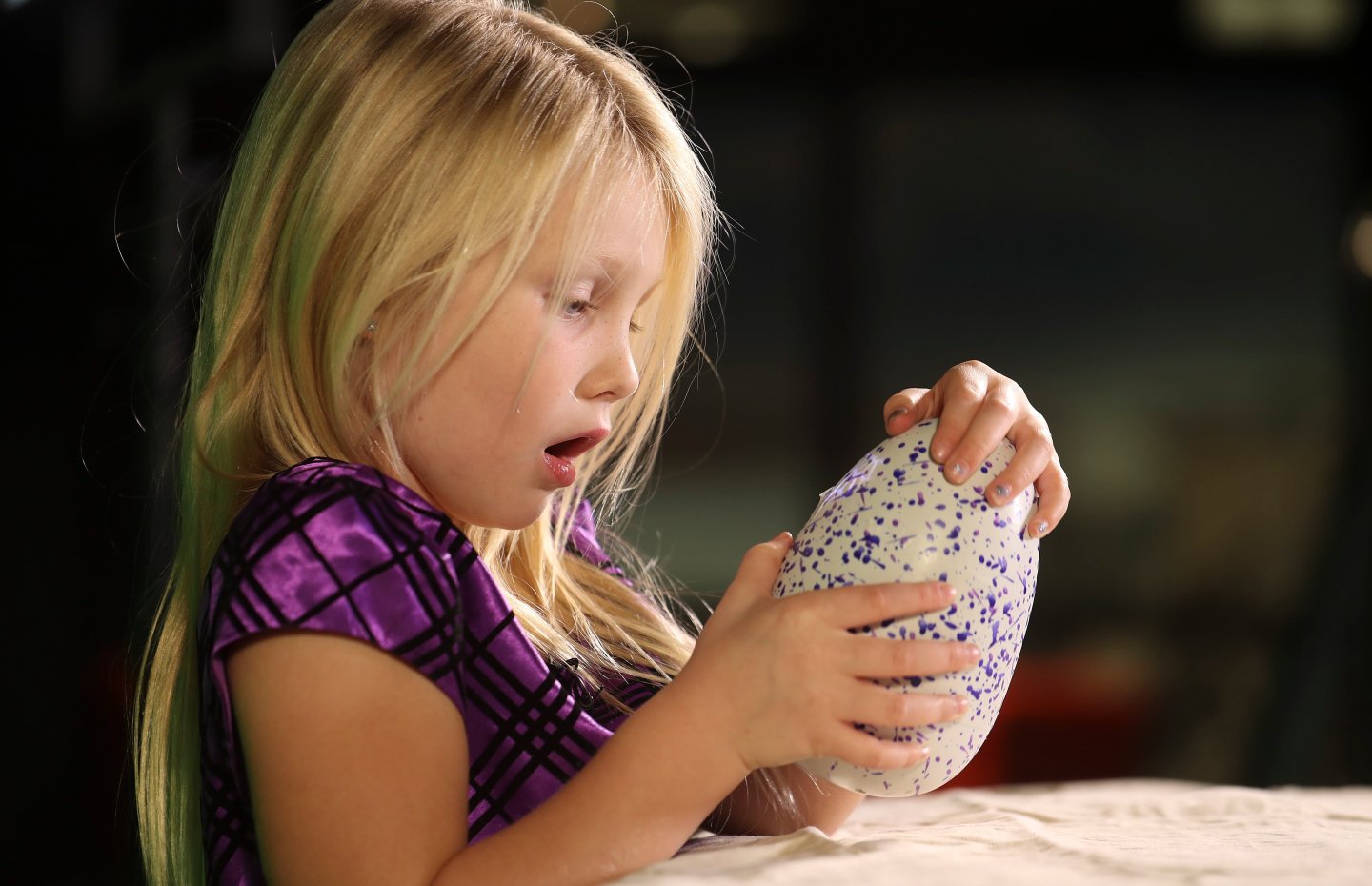 TORONTO, ON - NOVEMBER, 10 Avalyn 6 plays with her new Hatcnhimal just as it begins to peck through the shell, she named him Oscar. Hatchimals are the new weird Xmas toy flying off the shelves. The egg must be cared for for a time until it begins to hatch just as a real egg would. Inside is a plush bird that then responds to human interaction. (Richard Lautens/Toronto Star via Getty Images)
Richard Lautens—Toronto Star / Getty Images

Shoppers knew the Hatchimal would be full of surprises; actually, that’s part of what made the interactive toy so popular this holiday season. But, boy, did it exceed expectations.

CNN reports that some of the toys — fuzzy, birdlike automata that hatch from plastic eggs and respond to touch and sound — are spouting out inappropriate phrases.

Videos posted on YouTube appear to show Hatchimals making sounds that have been interpreted as “f—k me” and “oh f—k!” Several videos seem to show Hatchimals of the same model, saying the same thing. Watch and decide for yourself whether it sounds like something you’d normally hear in the presence of six-year-olds — and please note that the videos have not been independently authenticated by Fortune.

According to CNN, some viewers interpreted the sounds as a benign “hug me,” while the company maintains that Hatchimals speak their own distinct language of unidentifiable noise.

“Hatchimals communicate by speaking their own unique language, which is made of up of random sounds, and by making other noises, including shivering when they’re cold and snoring while they sleep,” a spokesperson for Spin Master, Hatchimal’s parent company, told CNNMoney in a statement. “We can assure consumers that Hatchimals do not curse, nor do they use foul language.”

The past few months were great for Spin Master; Hatchimals were easily this year’s hottest holiday toy, flying off shelves nationwide and prompting some retailers to limit purchases to only one or two per customer.

But trouble began on Sunday, when parents started calling and tweeting at the company with complaints that their children’s Hatchimals either didn’t hatch or didn’t work. Customer service was so overstretched that Spin Master had to take on extra staff and extend service hours to meet the call volume. Parents posted angry notes online, many saying their children were in tears, some going so far as to say Christmas was “ruined.”

Spin Master told Fortune in a statement earlier this week that the company is “committed to making life more fun for children around the world with all of our products. While the vast majority of children have had a magical experience with Hatchimals, we have also heard from consumers who have encountered challenges.”

“We are committed to doing everything possible to resolve any consumer issues. We sincerely apologize and thank everyone who is experiencing an issue for their patience,” the statement said.