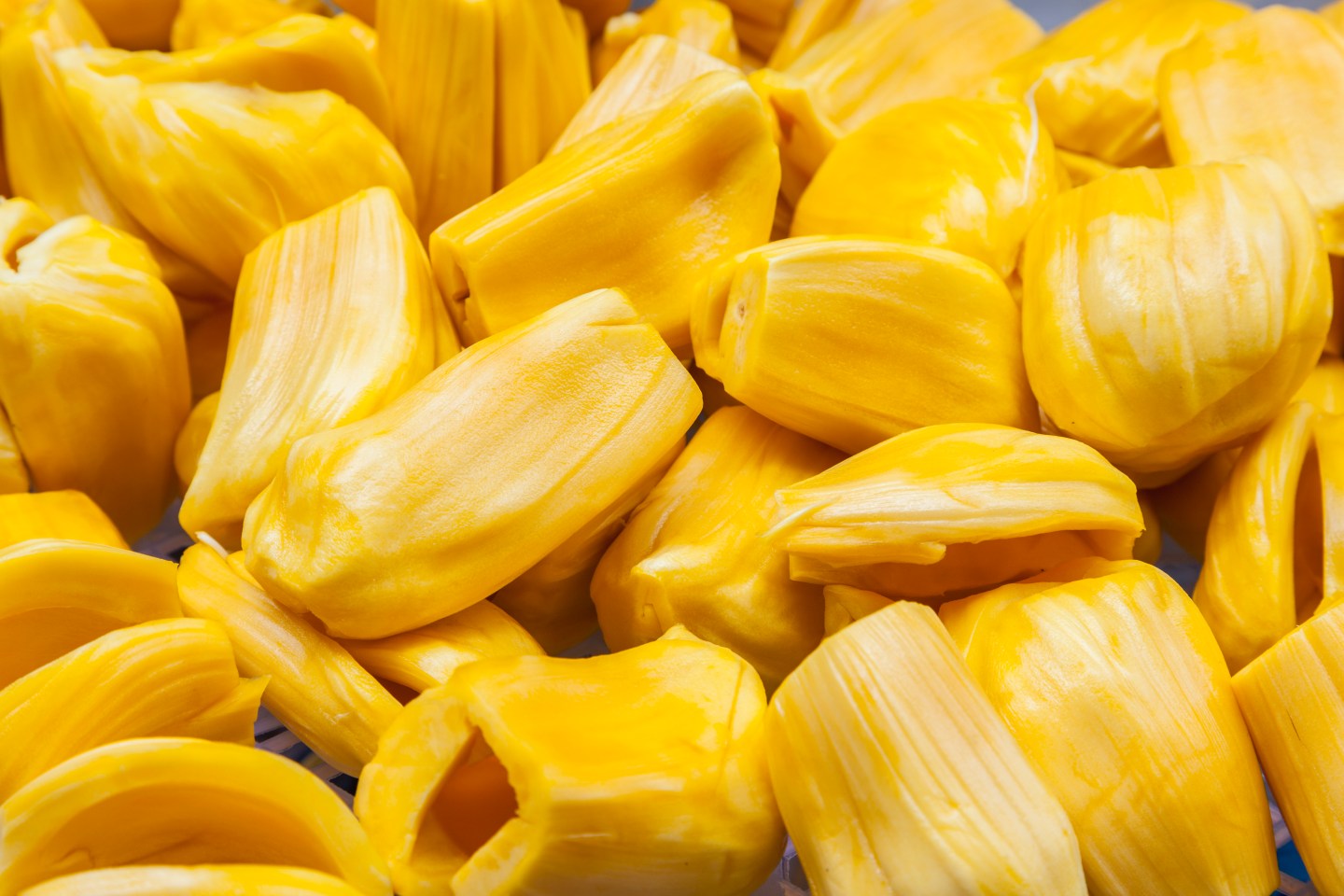 Frankenfoods, rainbow hues, grain bowls, unicorn excretions, and hyper-caffeinated drinks were a few of the hallmarks (and some would say nadir) of breakfast food trends in 2016. It remains to be seen which of those will make it past the last hangover brunch of the year, but it’s not like breakfast is gonna grind to a halt after the ball drops. In 2017, we may need morning sustenance more than ever for, you know, reasons.

As a crew of people who think about breakfast morning, noon, and night (and sometimes during stress dreams), we’ve got a few feelings on what we believe—or hope or dread—we’ll be seeing on menus and in grocery stores across the country in 2017. Here are our breakfast food trend predictions.

Jackfruit on every table

I get an email from someone at Pinterest about food trends every hour of my life (OK it’s more like every other day, and there have only been 13 ever, and Brenna, nothing against you, I know you’re just doing your job). Jackfruit is at the top of their 2017 trends list. It got a score of +420%, meaning pinners will be pinning jackfruit pins like mad starting in January. “This fruit will be your new favorite meat substitute,” the email claims. “Yes, we said fruit. The texture and mild taste of jackfruit make it a healthy stand-in for meat. Top recipes include pulled ‘pork’ sandwiches and nachos.”

So I guess I’m going with jackfruit, folks. After the year we’ve had, a jackfruit on every table is a much more palatable future than, say, Kelloggs supplying armed rebels with MREs, Starbucks locations becoming hubs for the uprising, and Penzeys using spices for mind control after our country has turned into a post-flavor, Soylent-fueled hellscape where all food has become weaponized and children can only eat whatever Youth Czar Barron lets them eat. —Ryan Grim, Site Director

This year has seen a lot of fast casual and fast food chains embrace the idea of a “theater.” At Bojangles’, you might be treated to biscuit theater, at Dunkin Donuts, coffee theater. The basic idea is that people like watching their food being made, particularly when it’s the kind of mesmerizing, repetitive work that mass-baking can be. (Have you seen croissants beings made? It’s so soothing.) So my prediction is that there are going to be more places that embrace the theater—perhaps a return to the kind of tableside showmanship of restaurants decades ago, or just more windows into kitchens in general. —Margaret Eby, Culture Editor

With the veritable explosion of grain bowls for breakfast, I predict that 2017 will see a deluge of riffs on the trend, specifically in the hot and savory department. I’m thinking of things like tamago gohan, congee, and oatmeal topped with black pepper and hot sauce, as our inimitable Kat Kinsman strongly recommends. It’s possible that this prediction is more a hope—as a recent oatmeal convert, I’m eager to try out all the ways I’ve foregone its consumption for 25 years—but it seems an adoption of what the rest of the world seems to have figured out long ago is absolutely overdue. —Kate Welsh, Assistant Culture Editor

Yeah, sorry to be the pooper at this breakfast party, but I worry, folks. I worry. Back in 2010, a salmonella outbreak triggered the recall of 550 million eggs and sickened at least 2,000 people across the US, and that was with some pretty tight federal regulations in place. (There turned out to be a whole clandestine deal where employees of an Iowa egg farm tried to offer a health inspector $300 to look the other way and really, you should just read about it—though you may never eat a grocery store egg again.) With the incoming presidential regime being if not overtly hostile, at least dismissive of the importance of federal oversight of the food industry, I’m trying not to get too overly paranoid about the safety of my eggs (and leafy vegetables, and poultry, and pork, and dairy), but it sure isn’t hurting to make closer friendships with my local farmers. Plus they’re just hella cool people. —Kat Kinsman, Senior Food and Drinks Editor

Brain freeze in the a.m.

Every couple of months, I decide it’s time for me to cut all animal products out of my diet to save myself and the environment. Then I remember that I love bacon, egg, and cheese sandwiches. But 2016 was the first year that I tasted a vegan bacon, egg, and cheese sandwich—inspired by a McDonald’s Egg McMuffin, of all things—that actually rivaled the taste and texture of the animal-packed original. Chefs, and customers, are finally learning to embrace vegan and plant-based foods; just look at the lines out the door at Dirt Candy and the rapid expansion of By Chloe. Actually edible vegan breakfast is a pursuit made all the easier by investments from major companies like Tyson Foods in creating more meat alternatives. And the research and development is paying off. There’s a fake, vegan “meat” that bleeds on the menu at Momofuku Nishi, for goodness sake. So may 2017 be the year that vegan breakfast finally, finally doesn’t suck, and vegan “meat” doesn’t just mean tofu. —Maxine Builder, Associate Editor

Pancakes may be the most underappreciated breakfast food there is. Sure, they’re still regularly whipped up at home on weekend mornings, but I think they have potential. This year, a year in which comfort foods are sure to be more needed than ever, my prediction—nay, request—is that pancakes finally get their due. In New York, we’ve seen oatmeal, biscuits, potatoes, and even avocados get the single-dish concept shop treatment, so why not pancakes? I would especially like to see a pop-up featuring solely these fluffy Japanese pancakes stateside. We have a pancake emoji now, so I think there’s some legitimate hope. —Monica Burton, Assistant Strategist

Despite all of the frustrating, saddening news that we seem to be stuck with for the foreseeable future, I don’t think we’re going to drown ourselves in unhealthy food in 2017. I think next year’s going to be a sobering one for many people. But I don’t think that’s going to yield more frankenfood mashups—to me, that’s more of a “time of splendor” kind of indulgence. We’re going to wake up with humble cups of yogurt, rather than bacon-infused, steroid-enhanced monster doughnuts. Next year, people are going to get smarter about the world around them. A big part of that means treating themselves better, too. After all, we’ve inflicted enough self-torture in 2016 to last for decades. —Brian O’Connor, Contributing Writer