This Newspaper Is Hiring Reporters, Bucking the Media Trend 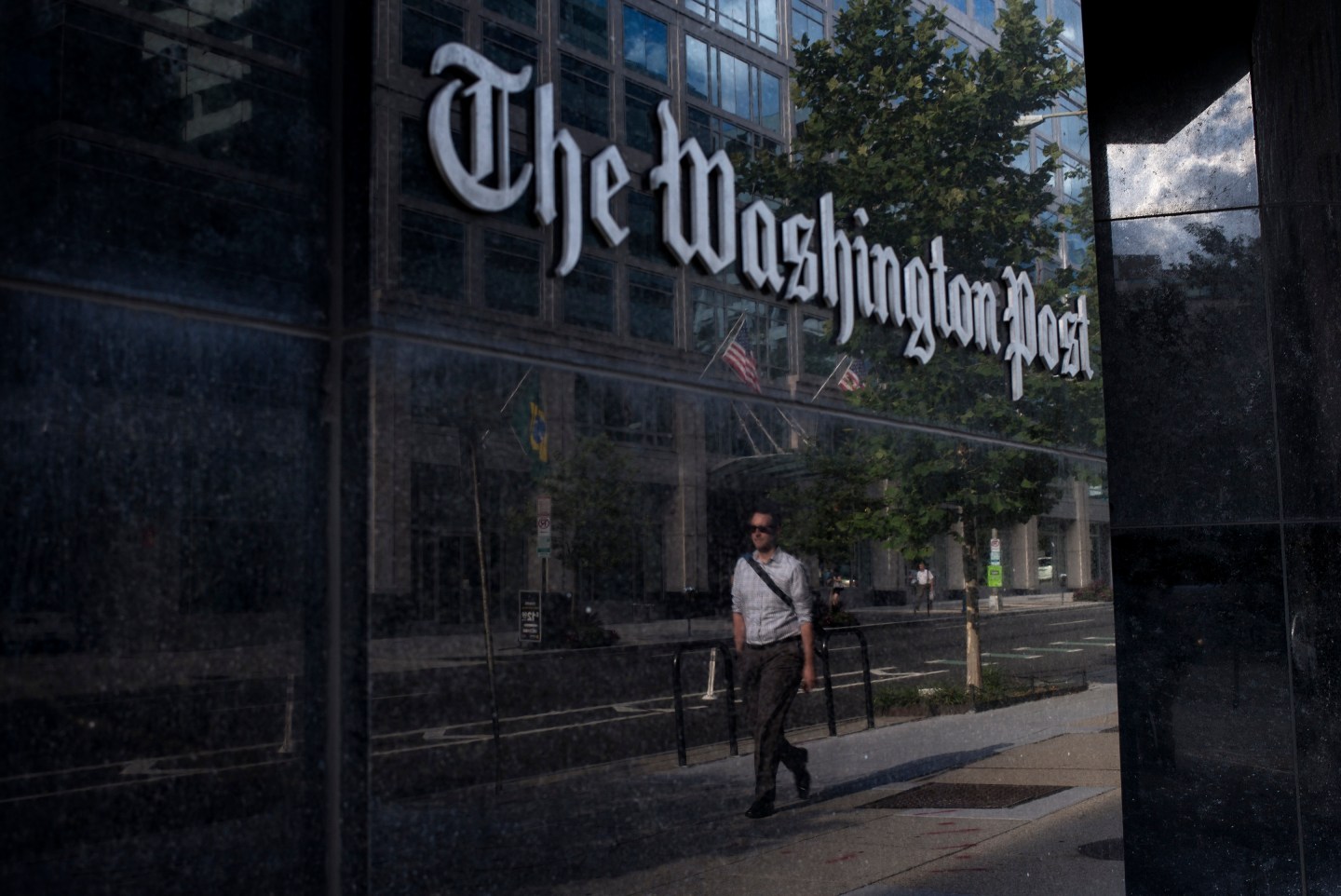 A man walks past The Washington Post on August 5, 2013 in Washington, DC after it was announced that Amazon.com founder and CEO Jeff Bezos had agreed to purchase the Post for USD 250 million. Multi-billionaire Bezos, who created Amazon, which has soared in a few years to a dominant position in online retailing, said he was buying the Post in his personal capacity and hoped to shepherd it through the evolution away from traditional newsprint. AFP PHOTO/Brendan SMIALOWSKI (Photo credit should read BRENDAN SMIALOWSKI/AFP/Getty Images)
BRENDAN SMIALOWSKI AFP/Getty Images

The Washington Post is on track to hire up to 60 new reporters, according to a report by Politico on Tuesday.

Politico bases that number on other sources but quoted Washington Post publisher Fred Ryan saying his paper is adding “dozens of reporters” to its workforce.

Fortune contacted the newspaper for comment and will update this story if we hear back. But the fact is, whether the Post hires two dozen or five dozen reporters, it would be big news in a world where most print media outlets including The New York Times, The Boston Globe, and Time Inc.—Fortune’s owner—have had layoffs or buyouts over the last few years.

That’s due to the explosion of free media and the related decline in print advertising revenue. While most publications report growing digital ad sales, that figure does not come close to making up for lost print revenue.

The Washington Post, however, seems to be blazing a new trail. In a memo sent to staff earlier this month, Ryan said that the Post is now profitable and growing. In July, the paper reported 145% growth in digital subscriptions year over year. And there’s been substantial growth since then. In November, for example, the paper cited Comscore numbers showing it had 99.1 million unique visitors that month, up 38% from the year ago period.

The paper is now close to the New York Times in total unique visitors per month.

Amazon founder and chairman Jeff Bezos bought the paper three years ago for about $250 million and picked Ryan, co-founder of Politico, as the new publisher.

There have also been some corporate synergies. For example, Amazon Prime members can get a six-month free trial of the Post.

The newspaper is investing heavily in tech expertise, according to Politico, which said nearly 80 technologists now sit in the newsroom, making it home not just to editors and reporters, but to software engineers, digital designers, and mobile developers.

With the addition of new editorial staff, The Post plans to bolster both its investigative and breaking news teams, and invest more in mobile news feeds for the smartphone-wielding public, according to the report.

For more on the media, watch Fortune’s video:

Ironically, the Post, the Times, and some other mainstream media outlets have benefited from the heated presidential election campaign and President-elect Donald Trump’s public disparagement of them. They’ve all reported significant bumps in their paid subscriptions coming out of this year’s election.