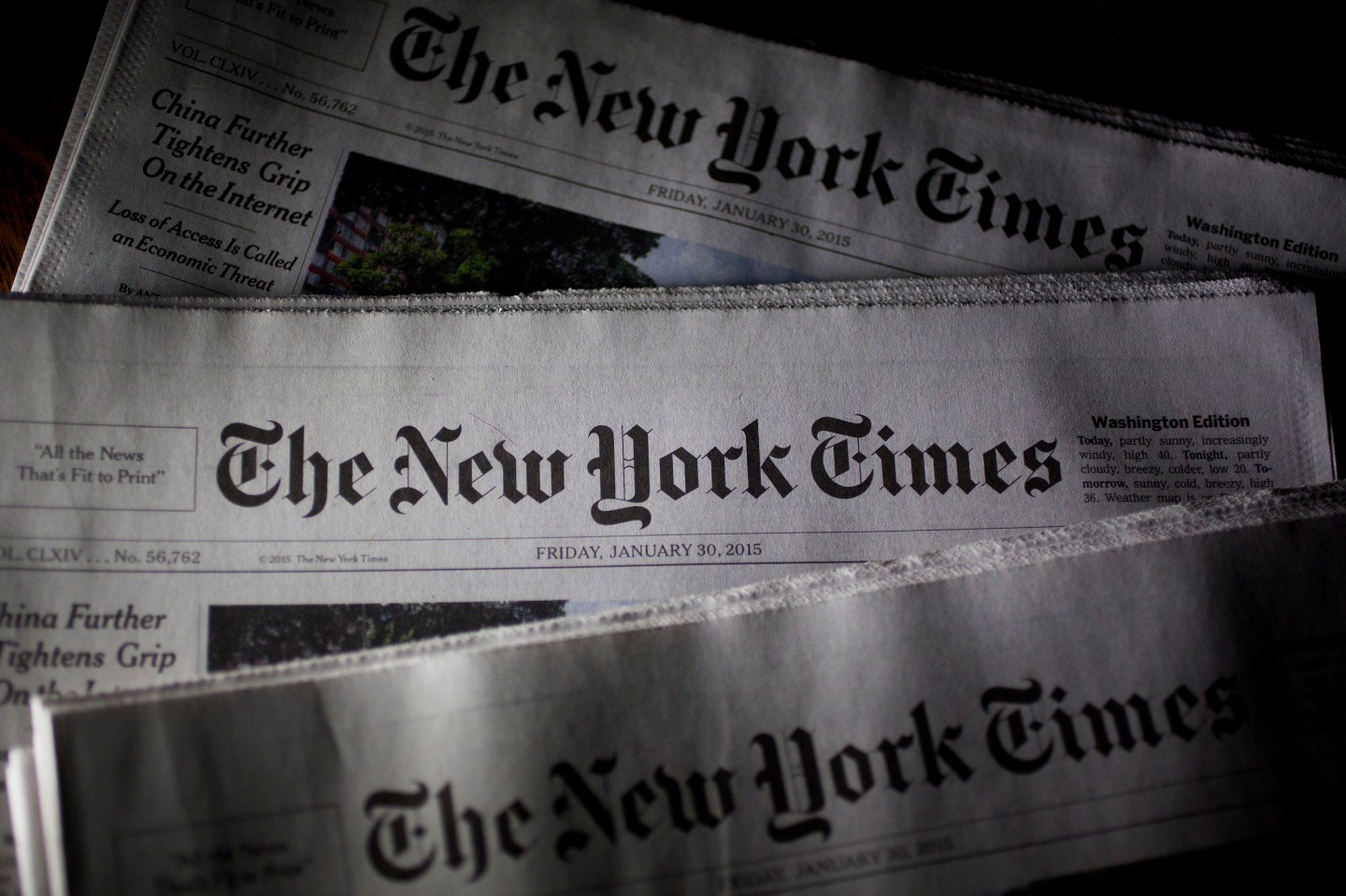 Donald Trump tweeted on Sunday that the New York Times is “losing thousands of subscribers.” As it turns out, that’s not true.

Not only is Trump’s statement wrong, but the president-elect has likely even helped the newspaper grow its readership. The Associated Press reports that within just one week after Election Day, the Times saw its digital subscriptions boost by 41,000. That is the largest one-week increase it has seen since the paper launched its digital subscription model in 2011.

Wow, the @nytimes is losing thousands of subscribers because of their very poor and highly inaccurate coverage of the "Trump phenomena"

Trump has had a contentious relationship with the Times throughout this election cycle. He often tweets about its “dishonest” reporting whenever something negative is published about him, and he has even threatened to sue the newspaper. It has even joined the ranks of “Crooked Hillary,” “Lyin’ Ted,” and “Little Marco” with its own Trump-coined nickname: “Failing New York Times.”

He has used that moniker to refer to the newspaper on Twitter dozens of times since launching his campaign, appearing in nearly every one of his tweets about the Times since the summer. On other occasions he has called it “a dying newspaper” and “a seriously failing newspaper with readership which is way down,” and has said that its numbers are “so dismal.”

The reporting at the failing @nytimes gets worse and worse by the day. Fortunately, it is a dying newspaper.

I am happy to hear how badly the @nytimes is doing. It is a seriously failing paper with readership which is way down. Becoming irrelevant!

The numbers at the @nytimes are so dismal, especially advertising revenue, that big help will be needed fast. A once great institution-SAD!

In one of these instances he attempts to drive his point home by pointing to declining advertising revenue. The Times did actually report reduced advertising revenue in the third quarter of this year. However, that’s an industry-wide trend that isn’t reflective of the quality of its reporting, especially considering it also reported a 116,000 increase in digital subscriptions .