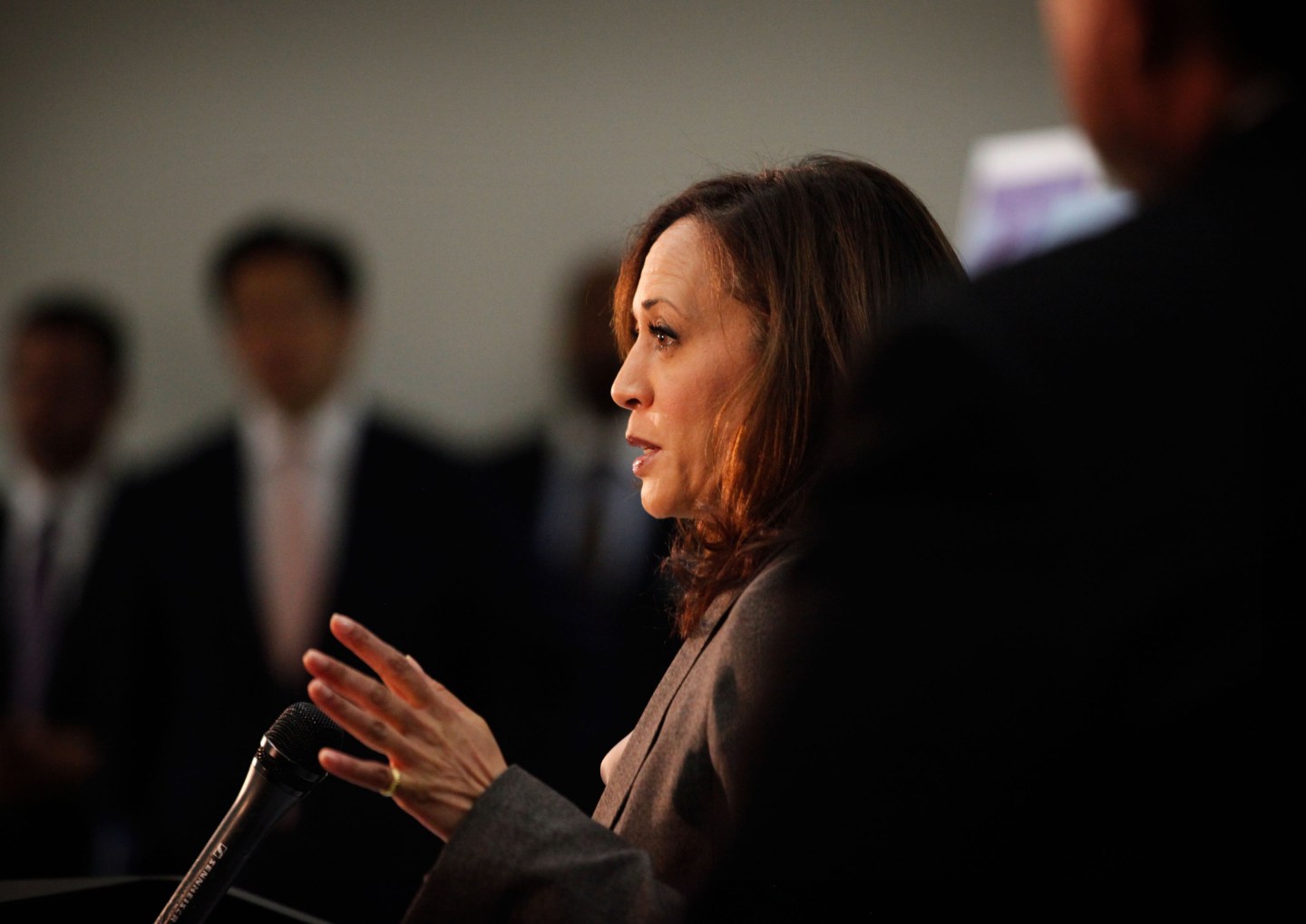 California Attorney General Kamala Harris on Friday filed new criminal charges of pimping and money laundering against the chief executive and controlling shareholders of the website Backpage.com, reviving a case that was dismissed by a judge earlier this month.

The new charges against Backpage.com CEO Carl Ferrer and controlling shareholders Michael Lacey and James Larkin include 26 counts of money laundering and 13 counts of pimping and conspiracy to commit pimping.

While the pimping charges appear similar to those filed by Harris against the trio in October and later dismissed, the money laundering allegations are new.

Backpage, the second-largest U.S. online classified ad service after Craigslist, has faced scrutiny from the U.S. Senate as well as civil lawsuits over allegations that the site facilitates sex trafficking, especially of children.

But efforts to prosecute the company have been blocked by a federal law that shields website operators from responsibility for content posted by third-parties.

The complaint filed Friday alleges that the defendants created multiple corporate entities to launder money and circumvent the refusal of financial institutions to process Backpage transactions because of overtly sexual material, the Attorney General’s office said in a press release.

It also alleges that the defendants created other sites to increase the company’s prostitution-related revenue and developed content for those sites by using victims’ photographs or information without their knowledge.

Representatives for Backpage could not immediately be reached for comment.

The latest action, like other lawsuits involving Backpage.com, will be closely watched by the technology industry. The federal shield for content liability is considered critical for web companies ranging from Google and Facebook to eBay and Airbnb, but it has come under fire from some lawmakers and judges.

For more on tech, watch:

One civil lawsuit against Backpage was filed in 2012 in Washington State by three young teenagers who alleged they were raped multiple times after being advertised on the site. The girls, the oldest of whom was 15, sued Backpage for claims including sexual exploitation of children, alleging its posting rules were intended to instruct pimps how to post trafficking ads that evade law enforcement.

Backpage argued it has rules to prevent unlawful posts, and some free speech advocates filed briefs in support of its position. The Washington state Supreme Court disagreed, ruling last year that the lawsuit could go forward.

Earlier this year, however, a similar trafficking case involving children against Backpage in Massachusetts was dismissed by a federal appeals court, which said the free speech principles embodied in the Communications Decency Act were paramount.

Harris, a Democrat, was recently elected to the U.S. Senate and will take office in January.