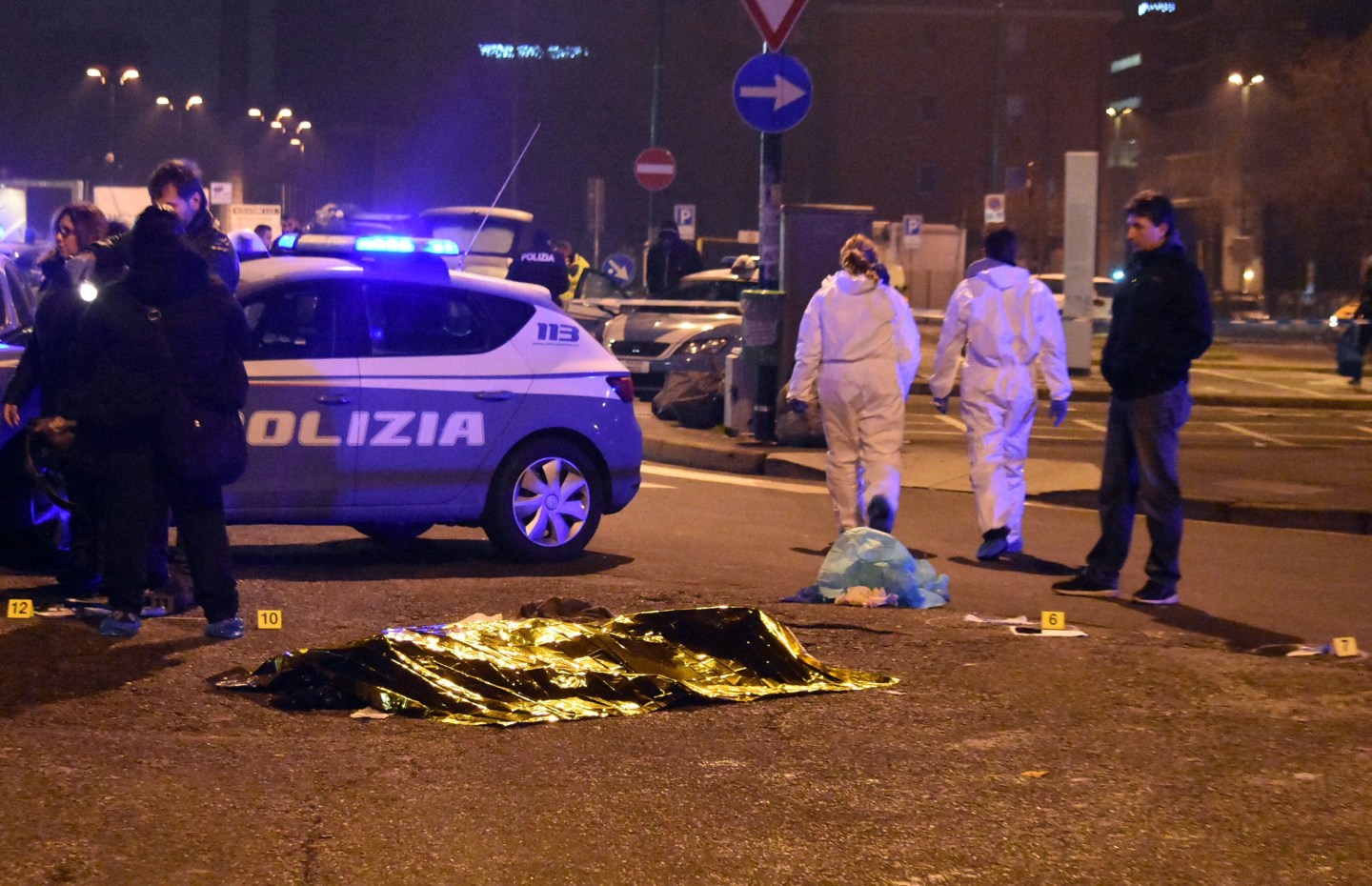 The suspect in the Berlin Christmas market truck attack was killed in a shoot-out in a suburb of the northern Italian city of Milan on Friday, Italy’s interior minister said.

Marco Minniti told a news conference that “without any shadow of a doubt” the man was 24-year-old Tunisian Anis Amri, wanted for the attack in Berlin.

A police source said earlier Amri was identified by fingerprints.

Minniti said a routine police patrol stopped Amri in a Milan suburb in the early hours of Friday morning. The man took out a pistol and opened fire, injuring one of the police officers.

The officer is now recovering.

Islamic State has claimed responsibility for the attack, in which the truck mowed through a crowd of people and bulldozed wooden huts selling Christmas gifts and snacks beside a famous church in west Berlin.

One of the 12 dead was the Polish driver from whom the truck had been hijacked. His body, stabbed and shot, was found in the cab.

Police across Europe have been searching for the assailant since the attack on Monday.

Amri was caught on camera by German police on a regular stake-out at a mosque in Berlin’s Moabit district early on Tuesday, Germany’s rbb public broadcaster reported.

Danish police had also said a man matching his description was seen in Aalborg in northern Denmark.

The Berlin attack has put Europe on high alert over the Christmas period.

In the early hours of Friday morning, German special forces arrested two men suspected of planning an attack on a shopping mall in the city of OberhausenIn in the western state of North Rhine-Westphalia.

The men – two brothers from Kosovo, aged 28 and 31 – were arrested in the city of Duisburg on information from security sources, police said.

A police spokesman said there was no connection between the Duisburg arrests and the Amri case.

Amri had been identified by security agencies as a potential threat and had had his application for asylum rejected, but authorities had not managed to deport him because of missing identity documents.