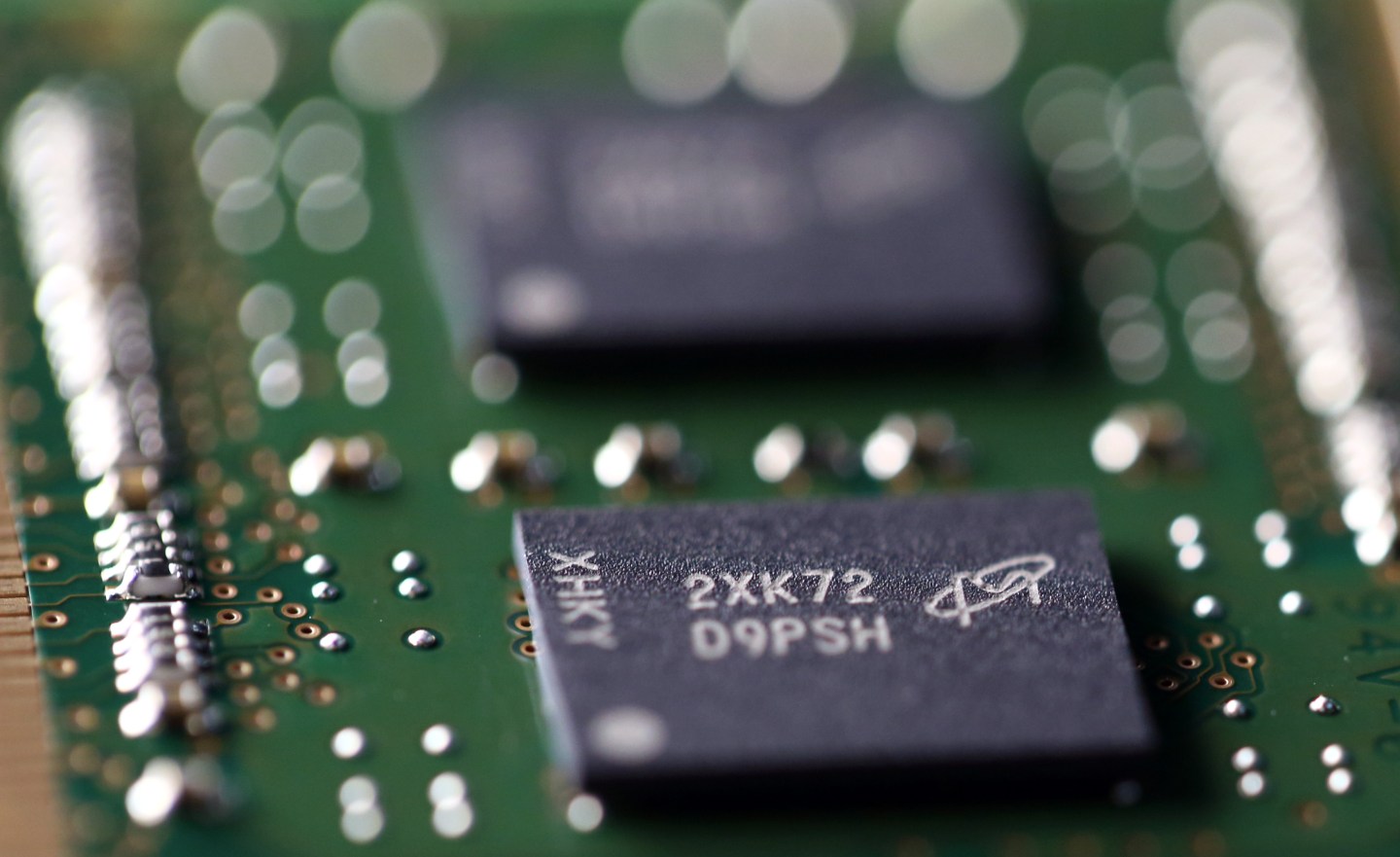 Micron Technology is one of the last remaining manufacturers of memory chips, a sometimes brutal market subject to oversupply and commodity competition. But CEO Mark Durcan has the company moving in the right direction and with market conditions improving so is Micron’s bottom line.

The stock jumped as much as 14% to a midday high of $23.49 on Thursday after the positive trends emerged ever more clearly from Micron’s latest quarterly results and Durcan’s call with analysts late on Wednesday. Now up 63% in 2016, the stock still could have a long run–it peaked at close $37 two years ago.

Durcan has been trying to add more sophisticated kinds of memory chips to Micron’s line up, both to improve profit margins and provide some protection from commodity price swings. Part of the strategy is to push more into markets beyond PCs, like cloud computing server storage and automobiles. He’s also emphasized adding more sophisticated chipmaking techniques over simply adding capacity to make more chips overall. “That’s where we have the biggest bang for the buck,” Durcan told analysts on Wednesday.

Still, some of the improvements at Micron had little to do with Durcan’s strategy. As the CEO noted, the average prices for memory chips used in personal computers gained more than 50% recently after declining for 18 months. And graphics card and video game console makers have lately introduced new, high-end models that require some of the more expensive chips Micron makes.

All the positives led to a stronger quarter than Wall Street expected, and a much stronger upcoming quarter as well. For the three months ended December 1, Micron’s fiscal first quarter of 2017, revenue increased 19% from a year ago to $4 billion, the first year-over-year sales growth in seven quarters. Adjusted earnings per share of 32 cents exceeded analysts estimate of 28 cents. The company had reported an adjusted 29 cents a share a year ago.

For the upcoming quarter, Micron (MU) said revenue would total $4.35 billion to as much as $4.7 billion, versus the $3.9 billion analysts were expecting. Adjusted earnings per share of 58 cents to 68 cents also exceeded the 39 cents analysts forecasted.

Different chips “have to find their way into the right product at the right time for the right segment,” he told analysts. “Getting that balance exactly right segment-to-segment becomes difficult. And therefore I think it provides the opportunity…for pricing to react to changes in supply and demand in a way that’s I think is positive from a manufacturers’ perspective.”

Analysts said Micron’s outlook is an indication that the positive trends will continue in 2017. “We continue to see signs of an overall healthier memory environment that can translate to sustained profitability for (Micron) and the industry as a whole,” Barclays analyst Blayne Curtis wrote on Thursday.