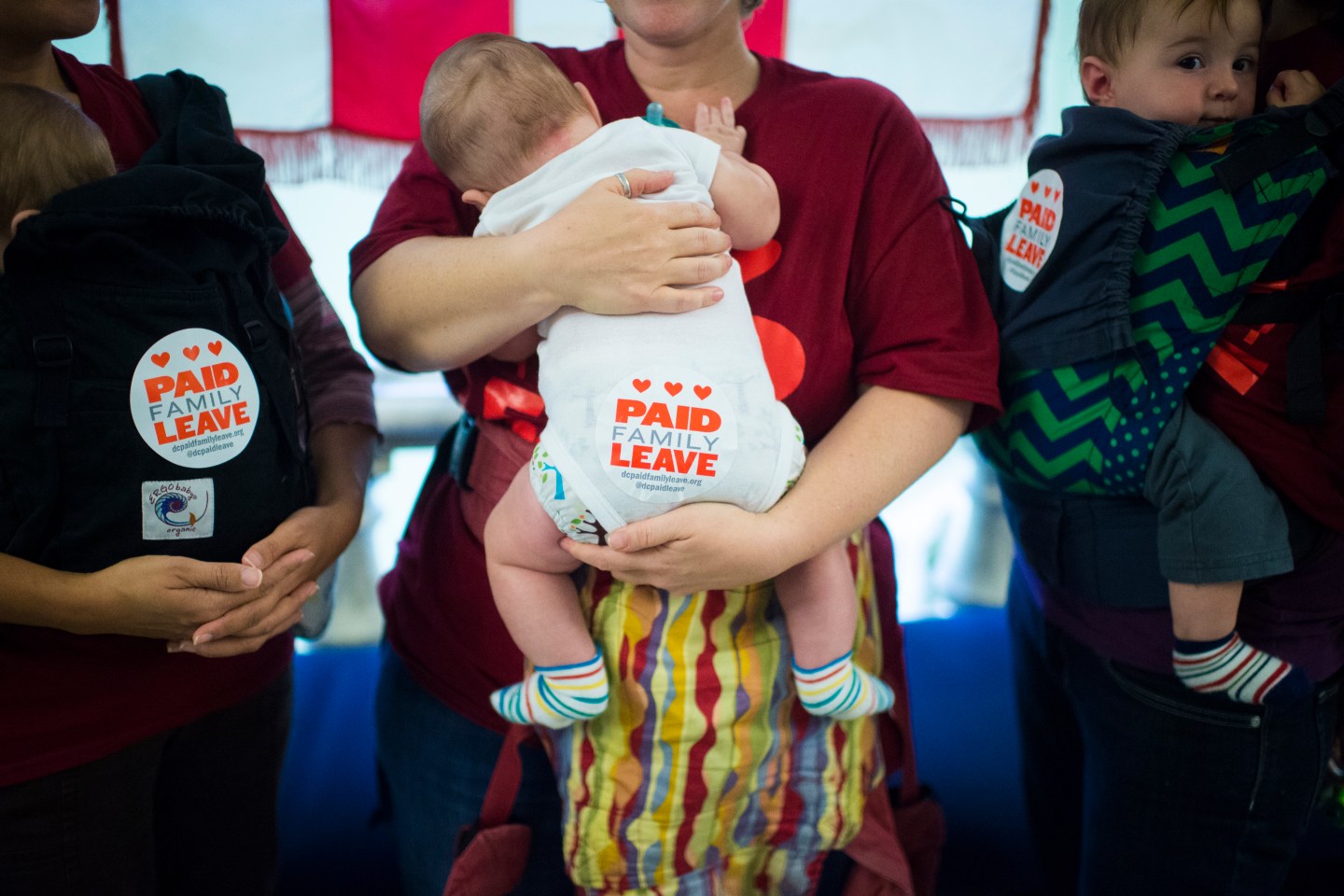 When Gayle Goldin welcomed her first son, she struggled to balance work, a new baby, and a hefty mortgage—all without a single day of paid maternity leave.

Meanwhile, her Montreal-based sister was embarking on nearly a year of paid leave to care for her new baby, throwing into sharp relief just how little support working parents get in the U.S.

“We’re an outlier in the whole entire world in a way that is embarrassing,” says Goldin, who is now a Rhode Island state senator and a campaign advisor for Family Values@Work (FV@W), a network of 24 state and local coalitions lobbying for family-friendly workplace policies.

For Goldin and other proponents of paid leave, a major breakthrough could be in the offing: On Tuesday, D.C. council members are voting on a bill that would provide workers in the capital city with one of the most generous paid leave benefit packages in the U.S.

If passed in its current form, the bill would provide employees with eight weeks of paid leave after the birth or adoption of a child, six weeks of caregiver leave, and two weeks of personal medical leave. Workers would receive 90% of pay, up to $1,000 per week. While companies would be required to cover a portion of this pay, the majority would be funded by a 0.62% increase in payroll taxes on city businesses.

On Monday, two council members proposed an amendment to the bill that would eliminate the tax contribution, requiring businesses to cover the full cost of their workers’ leave.

Danielle Lewis, founder of four-person consulting firm Springboard Partners—a member of FV@W—says that the amendment would seriously hurt small businesses. However, as originally proposed, “the new policy would make paying for paid family leave really predictable and really modest,” she says. “Instead of having to pay $20,000 to 40,000 to hire a replacement [for an employee on leave], I would pay $1,500,” she says. “That’s much easier to build into my budget.”

Moreover, being able to offer employees paid family leave—which she says she cannot currently afford—would make her and other small business owners better able to compete for talent. “This levels the playing field when I’m working to grow the company,” she says.

In a preliminary vote earlier this month, the measure passed 11 to two, making Lewis “cautiously optimistic.” However, it’s still unclear whether D.C. mayor Muriel Bowser would sign off on the bill even if it does pass, as she has previously spoken out in opposition to it, reports NBC.