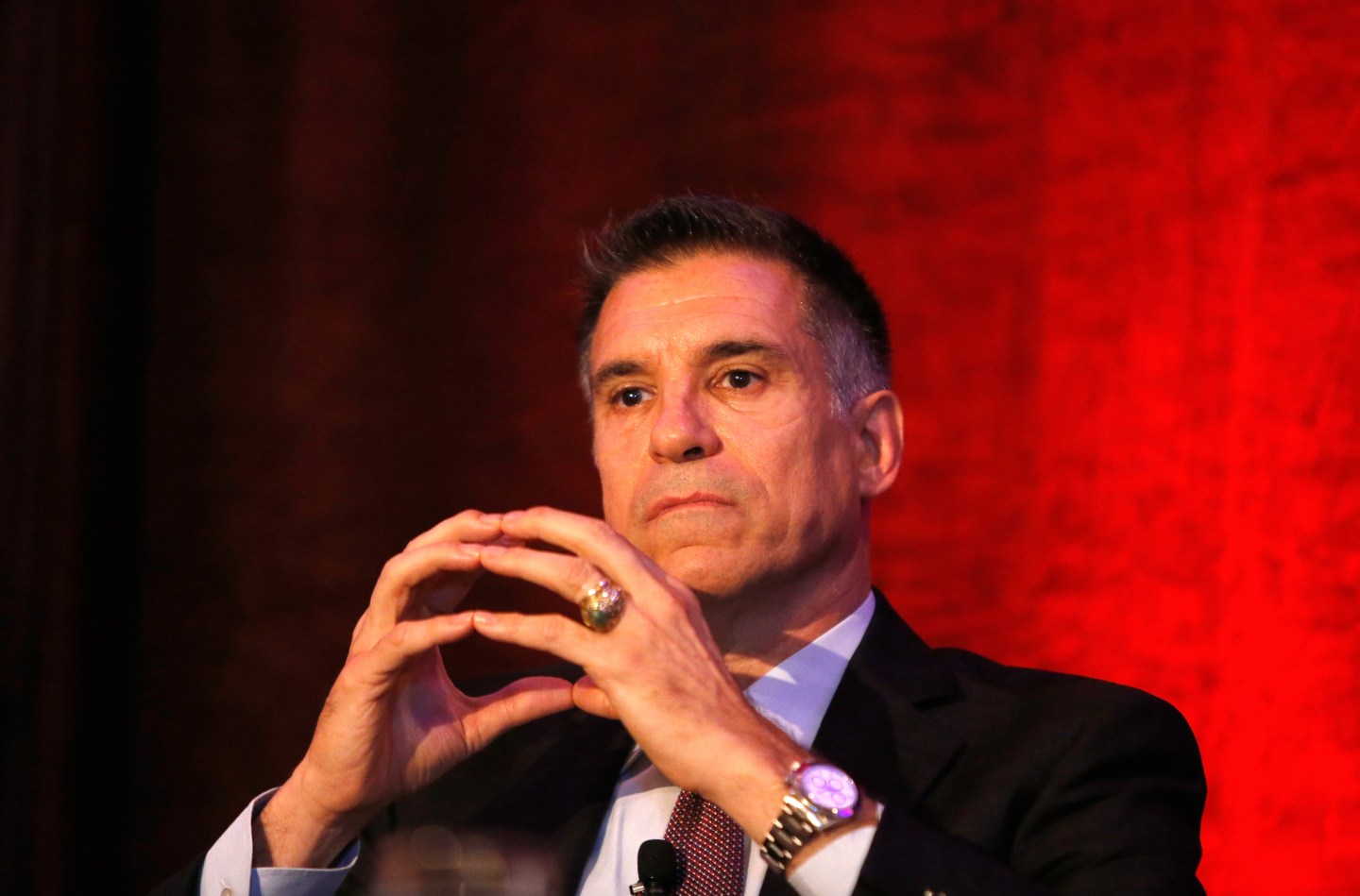 Though Donald Trump’s new pick for secretary of the U.S. Army may be most famous for owning the Florida Panthers, the hockey team is not what made Vincent Viola rich.

Viola, whom Trump selected Monday for the Army’s top post, has a net worth of $2.3 billion, according to Bloomberg. Much of that wealth has come from Virtu Financial (VIRT), the high-frequency trading firm that Viola, 60, founded in 2008 and took public last year: Viola still owns nearly 58% of Virtu, according to the company, which has a market cap of about $2.2 billion.

Indeed, as Virtu filed for an initial public offering in March 2014, The Wall Street Journal declared that Viola was set to become the high-frequency trading industry’s very first billionaire upon the IPO.

But there was a problem: It was a terrible time to be a high-frequency trading billionaire.

Just weeks after Virtu filed for its IPO, author Michael Lewis released his book Flash Boys, which lifted the veil on the secretive world of high-speed trading but also vilified it and argued that such split-second traders had rigged the market against average-Joe investors. Mentioned in a footnote in Lewis’ book,Virtu’s claim to fame—that in its 5.5 years of trading, it made money every single day except one—was quickly used against the company by critics who accused it of cheating. By mid-April, Virtu was forced to postpone its IPO indefinitely.

A year later, though, Viola’s company renewed its plans, thanks in part to an endorsement by Flash Boys protagonist and CEO of IEX Brad Katsuyama, who afterwards called Virtu one of the “good high-frequency traders.” Virtu went public in April 2015.

So far, though, Virtu’s stock has performed poorly, down 16% since its IPO and more than 30% this year alone. Though Viola has refused a salary for the last three years at Virtu—his contract provides for base pay of $1—he made more than $8.2 million in option awards in 2015, according to the company’s most recent proxy. Viola also controls more than 93% of the voting power of Virtu’s outstanding common stock.

Before he started Virtu, Viola, a graduate of West Point military academy who served in the Army’s 101st Airborne Division, was a floor trader and pioneer of electronic trading. He went on to lead the New York Mercantile Exchange (known as Nymex for short) as chairman through the Sept. 11 terrorist attacks in 2001 until 2004, during which time he reportedly tried to acquire rival Intercontinental Exchange (ICE). That obviously didn’t happen: In 2008, Nymex was acquired by CME Group, the leading futures exchange specializing in commodities. By the end of this year, CME Group has promised to close its Nymex trading floors for good, offering strictly electronic trading.

So with a background like that, what does the secretary of the Army do? According to the Department of Defense’s job description for the current person in that role, Eric Fanning, the secretary of the Army “has statutory responsibility for all matters relating to the United States Army: manpower, personnel, reserve affairs, installations, environmental issues, weapons systems and equipment acquisition, communications, and financial management.”

While high-speed trigger-pulling ability may not be an official job requirement, it probably doesn’t hurt, either.

Update: A previous version of this article said that Viola owns more than 68% of the Class A common stock of Virtu Financial, as stated in the company’s most recent proxy filing. The article has been updated to reflect a comment from Virtu about the percentage of its total stock owned by Viola.