CME Is Shutting Down Its New York Trading Floor 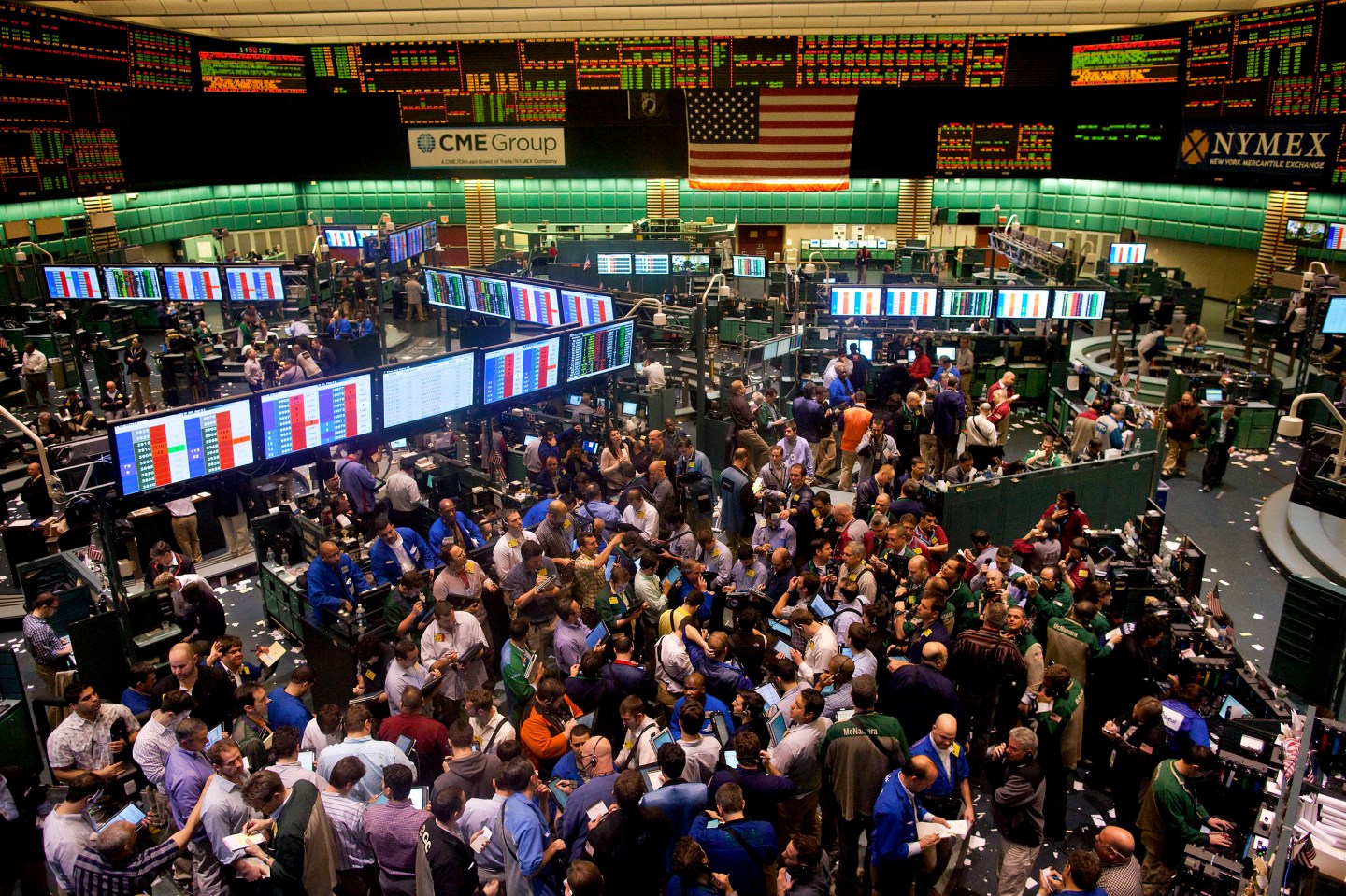 Options pits, where trades in commodities like gold, silver and oil take place face-to-face instead of electronically, will close a year after the CME shut most of its futures pits in New York and Chicago due to shrinking open-outcry volumes.

The closures will leave products listed at the company’s Nymex and Comex exchanges available only for electronic trading.

For now, open-outcry options transactions will persist on the CME’s trading floor in Chicago.

The decision to shut the New York floor was a long time coming, traders said, and some wondered why the CME (CME) hadn’t pulled the plug sooner.

“The population has dwindled to almost nothing. Options were only holding on,” said John Kilduff, a partner at energy hedge fund Again Capital LLC in New York who worked with floor traders.

The futures and options industry built itself around open-outcry pits in Chicago nearly two centuries ago. Traders made and lost fortunes in the pits, once known for a rowdy, rough and tumble atmosphere marked by yelling and arcane hand signals.

Options offer buyers the chance to bet on prices without the obligation to pick up the underlying asset. They have grown in complexity as players have sought more ways to hedge against commodity market volatility.

Floor traders had hoped that complexity would keep alive the need for open-outcry pits.

But average daily open-outcry volume for options products in New York fell 53 percent to just 7,500 contracts since February 2015 when the CME announced most open-outcry futures trading would cease, according to the company. It shut most of the futures pits in July.

On Tuesday, more than 200,000 crude oil option contracts changed hands on the CME’s electronic trading platform, called Globex, compared with just over 3,000 contracts on the floor.

Still, pits are still needed to execute complex transactions in Chicago, said P.J. Quaid, an open-outcry corn options trader at the CME’s Chicago Board of Trade.

“We’ve been pretty busy on the floor, thank God,” he said.

The CME has said options pits will remain open as long as enough customers use them. The U.S. Commodity Futures Trading Commission must sign off on the New York closures.

The CME plans to sublease its trading floor space in New York and make space available for floor traders to transition to electronic trading at its Nymex building in Manhattan’s Battery Park section.

The CME’s closures will leave the London Metal Exchange as one of the last bastions of open-outcry trading.

In January, the world’s biggest and oldest metals market opened a new, refurbished “ring” in the heart of London’s financial district, committing itself to the practice where deals are struck in intense five-minute bursts of yelling.