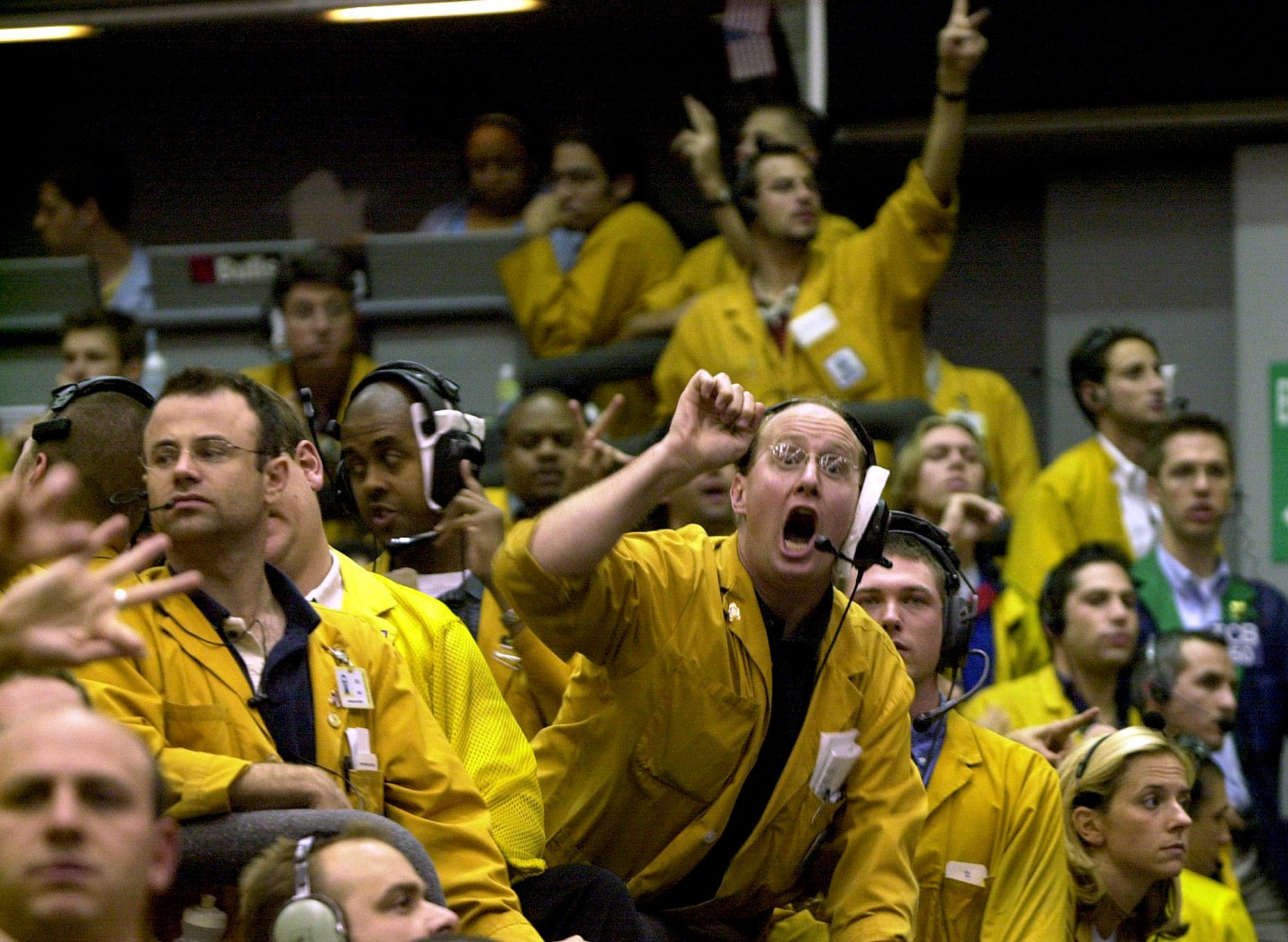 Clerks in the Euro Dollar Futures pit at the Chicago Mercantile Exchange trade after the news that interest rates will remain the same Tuesday Sep. 16, 2003. The Fed said that the low rates, currently at a 45-year low, "can be maintained for a considerable period." (AP Photo/Anne Ryan)
Photograph by Anne Ryan — AP

On Monday, most of the futures trading pits in Chicago and New York—where traders flashed hand signals lightning quick to buy and sell commodities like cattle, corn, gold, and, of course, pork bellies—will shut their doors, bringing the venues’ 167-year history to a close.

The pits, which were made famous in the movie Trading Places, thrived for decades on a schoolyard atmosphere of bold bets, ruthless competition, close camaraderie, and professional opportunity—no matter a person’s upbringing or past. In announcing the closures in February, the Chicago Mercantile Exchange Group, the owner of the exchanges, said that open outcry futures trading had fallen to just 1% of the company’s total futures volume. The practice has lost out to a faster, cheaper, and quieter competitor: the computer.

S&P 500 futures and options on futures pits, which have managed to thwart electronic competition, will remain open.

Here’s a brief look at the pits’ storied history, which stretches back to the start of futures trading at the Chicago Board of Trade in 1848.

Crowds of men wearing suits standing in the pit of the Old Board of Trade building in Chicago, Illinois, 1929. Photograph by Chicago History Museum/Getty Images

Men working the floor at the Chicago Board of Trade circa 1949. Courtesy of the Library of Congress

Traders and clerks signal prices in the Cattle Futures pit at the Chicago Mercantile Exchange during the first day of trading following the confirmation of the discovery of a cow from Iowa infected with Mad Cow disease in Chicago, Illinois June 27, 2005. Photograph by Scott Olson — Getty Images

Traders call out trades on the floor of the Chicago Mercantile Exchange, April 25, 2007, after the Dow Jones industrial average cracked the 13,000 mark for the first time. The Dow leapt to an intraday record of 13,036.99 within minutes of the market’s open, with investors also buoyed by data that showed orders for durable goods — costly and long-lasting manufactured items — rose more than expected in March. Photograph by John Gress — Reuters