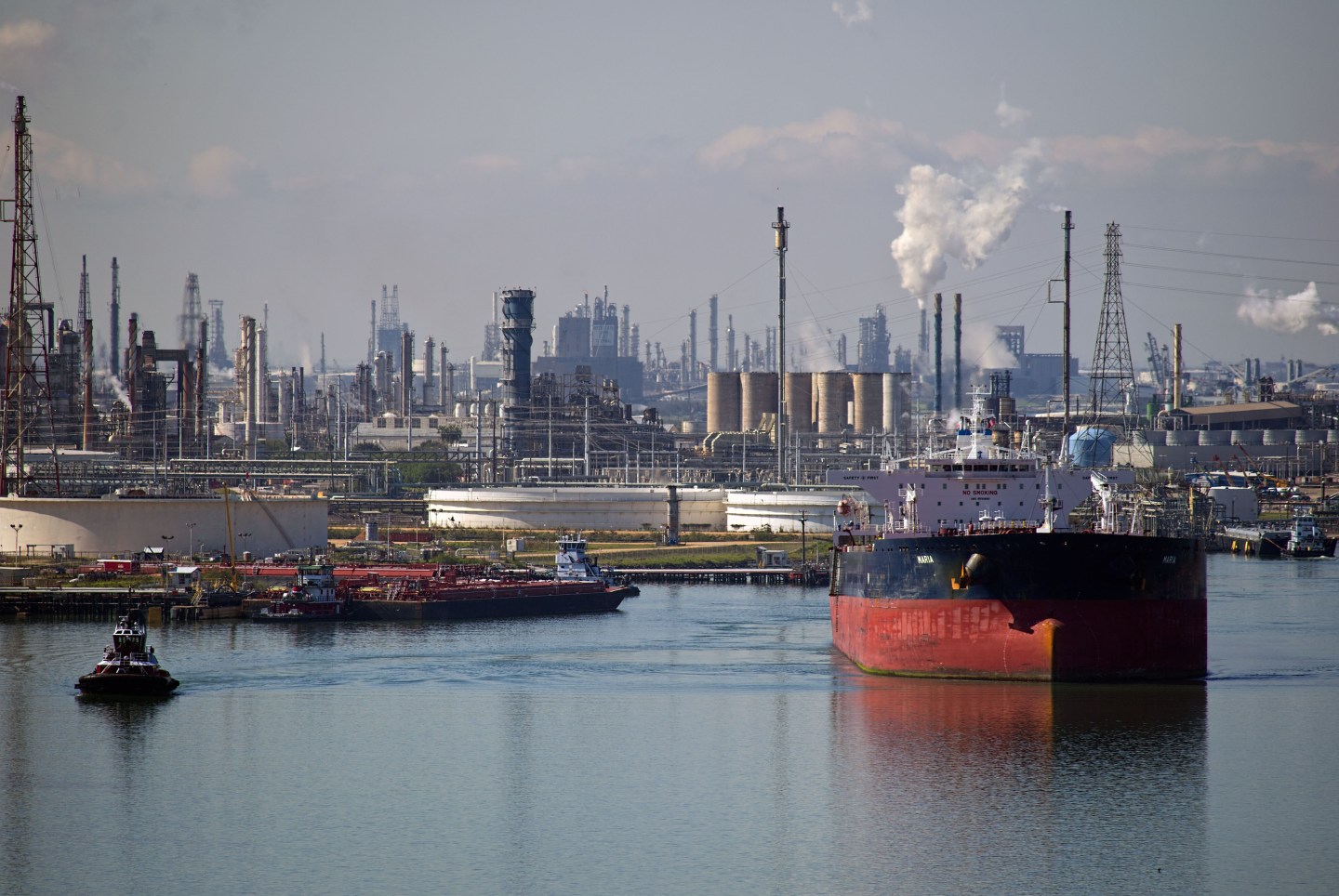 The tanker Maria sails out of the Port of Corpus Christi after discharging crude oil at the Citgo refinery in Corpus Christi, Texas, U.S., on Thursday, Jan. 7, 2016. Crude oil slid Thursday to the lowest level since December 2003 as turbulence in China, the worlds biggest energy consumer, prompted concerns about the strength of demand. Photographer: Eddie Seal/Bloomberg via Getty Images
Bloomberg via Getty Images

Tap water in Corpus Christi is safe to drink, the mayor of the Texas city said on Sunday, lifting a four-day ban after a chemical spill that forced most of the Texas city’s residents to rely on bottled water while tests were underway.

Residents of the Gulf of Mexico city were told on Wednesday to stop using tap water for drinking, food preparation and bathing. About 85% of Corpus Christi, with a population of about 320,000, was under the restrictions.

An investigation of the leak of up to 24 gallons (91 liters) of an asphalt emulsifier determined the water was safe to use again, Mayor Dan McQueen said at a news conference.

It was not clear if the water supply was ever contaminated by the spill.

“The entire city of Corpus Christi water system is in full use,” McQueen said.

Federal and state environmental agencies tested 30 water samples taken from the city on Saturday and found no traces of harmful chemicals, McQueen said.

Even so, a “plume of contaminate” may still exist somewhere in the water system, so the agencies will run more tests, McQueen said.

The chemical, called Indulin AA-86, can cause eye and skin burns, respiratory tract irritation and damage to the digestive systems. But it is not known to be carcinogenic, according to safety data.

The city has said the chemical may have entered Corpus Christi water in what was described as a “back-flow incident” in the city’s industrial district.

Valero Energy Corp, which operates an asphalt terminal in the area, said it believed the backflow came from third-party operations near its facility.