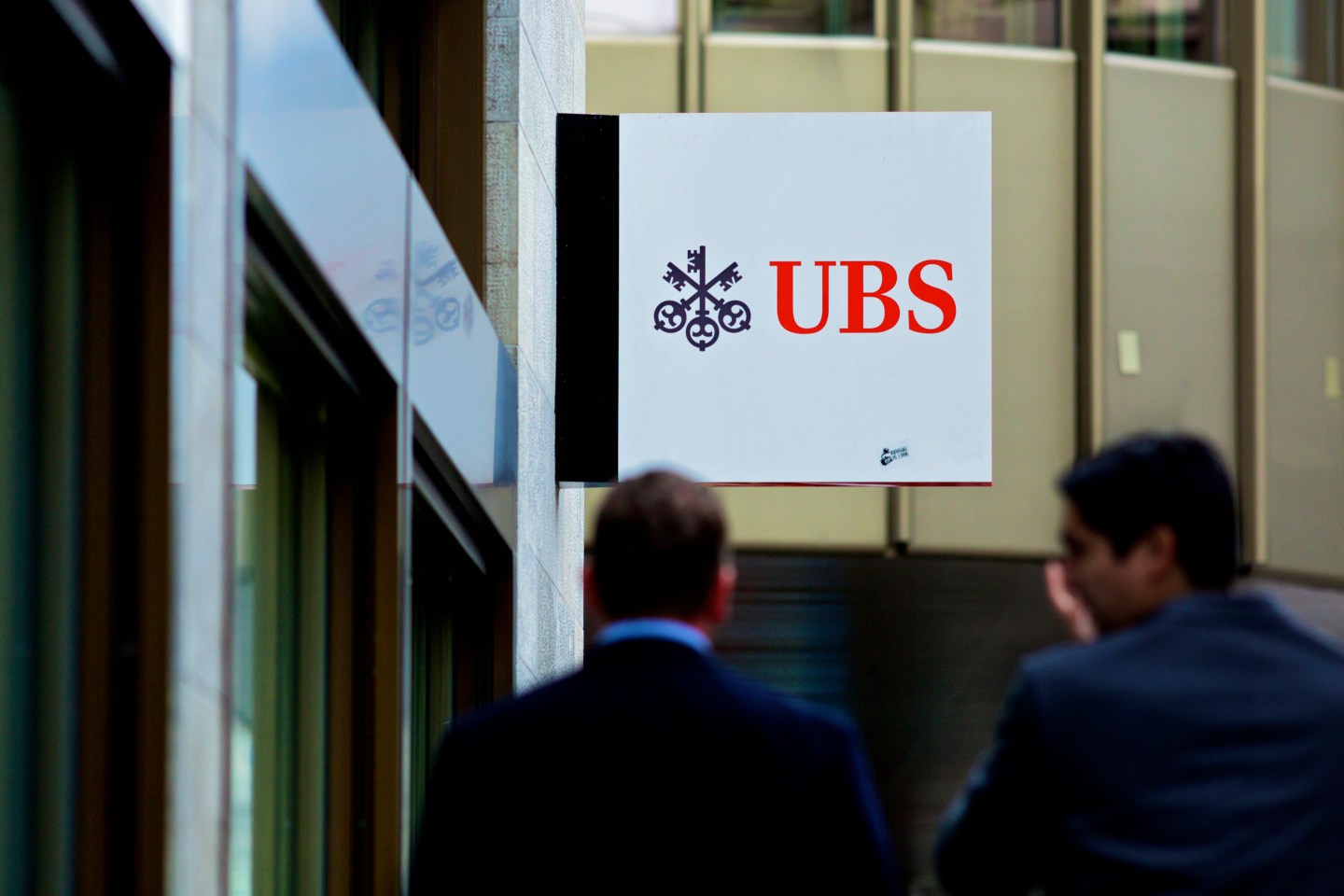 Pedestrians pass beneath a UBS sign outside a UBS AG bank branch in Zurich, Switzerland, on Thursday, Oct. 23, 2014. UBS AG is seeking to bolster its position as the largest manager of private wealth in Asia by looking for millionaires in an unlikely place: the lower-income part of Hong Kong. Photographer: Gianluca Colla/Bloomberg via Getty Images
Gianluca Colla/Bloomberg via Getty Images

UBS Group AG (UBS) is cutting nearly two dozen jobs in its Asian investment banking business, mainly in Hong Kong and Singapore, as part of a push to slash costs, people with direct knowledge of the matter said.

The Swiss bank joins rivals in making investment banking cost cuts in Asia as deal volume remains sluggish. The latest round of job cuts at UBS will be mostly mid-level staff but will also include a few managing directors, said the people, declining to be identified due to the sensitivity of the issue.

Wall Street banks are grappling with a harsh environment in Asia as the region’s economies and markets have failed to deliver sustained growth after the 2008 financial crisis. The banks’ business has also been eroded by local competitors, notably aggressive Chinese firms.

One of the sources said UBS’s cuts could involve as many as 20 bankers. UBS has about 550 investment bankers in Asia including China, a source said.

A spokesman for UBS in Hong Kong declined to comment.

Equity activity in Asia ex-Japan stock exchanges slumped 30% in the first nine months of 2016 with $140.7 billion worth of deals, weighed down by a steep decline in follow-on share offerings, Thomson Reuters data showed.

And, after leading the equity capital market (ECM) league table in Asia for several years, UBS fell to fourth place in the first nine-months of the year from second in the same period a year earlier, the data showed.

UBS co-head of equity capital markets (ECM) for Asia, Damien Brosnan, will leave the Swiss investment bank at the end of the month, Thomson Reuters publication IFR reported on Thursday.

Barclays, Goldman Sachs, and Standard Chartered are among Western banks that have reduced their investment banking headcounts this year in Asia.

For more on the banking industry, watch Fortune’s video:

Reuters reported last month that Standard Chartered is set to cut about a tenth of its global corporate and institutional banking headcount across all the major business centers starting with Singapore and Hong Kong, as the bank steps up an aggressive drive to cut costs.

In October, UBS maintained its gloomy outlook amid negative interest rates in Switzerland and economic uncertainty which has kept many investors on the sidelines.