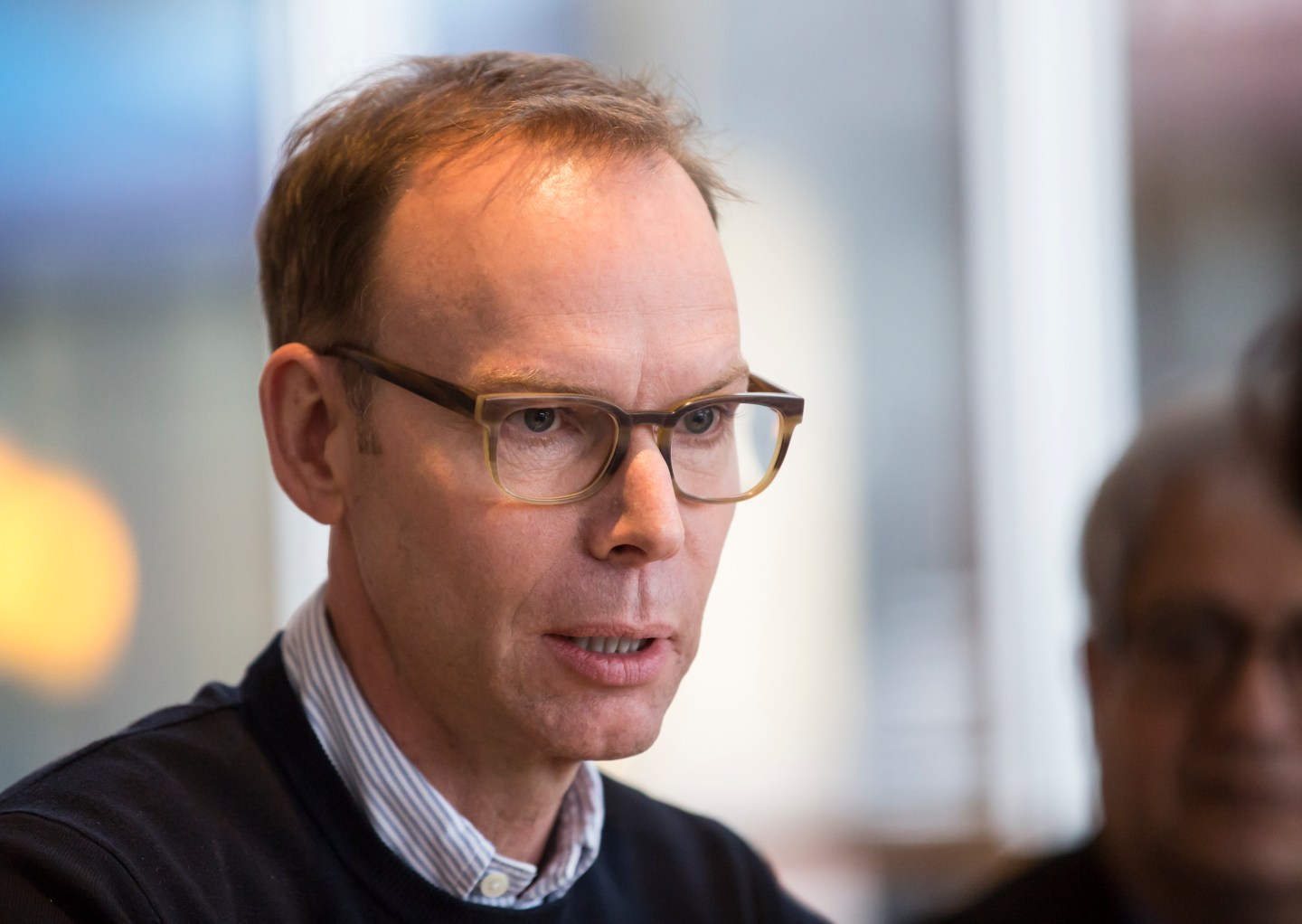 Chipotle Mexican Grill founder and CEO Steve Ells speaks during an interview with the Associated Press in a Chipotle restaurant on Tuesday Dec. 15, 2015, in Seattle. Ells was visiting restaurants in the Pacific Northwest to discuss new food safety protocols with employees after an E. coli outbreak sickened 50 people in the Northwest. (AP Photo/Stephen Brashear)
Stephen Brashear—AP

The latest victim of Chipotle’s 2015 food safety crisis that continues to plague the chain’s performance is Monty Moran, one of the company’s co-CEOs since 2009.

On Monday the burrito chain announced that Moran would step down in 2017, a move that would make Chipotle co-founder Steve Ells the company’s sole CEO.

I would argue that Moran’s departure is a shift in tone that the company needs to make right now. Moran and Ells have been friends since high school—just one of the many insular connections at the company’s board level that, at very minimum, gave the appearance of chumminess among its directors. His exit signals that Chipotle is willing to shake off the mom-and-pop act and start behaving in a way befitting a national company with some $4 billion in revenue. It also comes amid pressure from activist investor Bill Ackman, who took a stake in the company in September.

Chipotle had an “executive update call” with analysts on Monday after the markets closed. Beyond thanking Moran for his service, Ells spent little time on the management change. He instead dedicated most of his prepared remarks to outlining his strategy going forward, which includes focusing on improved service and removing complexity from the system.

But one of the most telling moments came when Cowen analyst Andrew Charles asked whether Ells had “done enough to apologize to the guests” and “were these actions really too little too late.”

Well, it’s hard to know exactly how much to apologize and sort of when to move from apology back into solving the problem and rallying the troops and delivering the kinds of messages to our customers that brought us back in the first place. I am really sorry about what happened and I reached out in a number of ways to our customers. And I think most of our customers understand that I am personally sorry.

The answer was what Gene Grabowski, a partner at Washington D.C.-based communications firm kglobal, called “wishy washy.” “It shows they really don’t have command of the situation, and they never have,” says Grabowski, who specializes in crisis and issues management. “They continue to speak weakly. It’s really strange.”

Grabowski says that most companies “talk strong” but their actions don’t match up. He says Chipotle has the opposite problem. “They have pretty strong actions, but the way they express themselves is weak. It’s disappointing and not satisfying the analysts.”

“You haven’t seen a corporate person show up…”

Bill Marler, an attorney who has settled some 125 cases with Chipotle over the last year involving food safety issues, says the company’s legal team has been very professional and personally sympathetic. “But I have been surprised that on some of these claims, some of the more significant ones, that you haven’t seen a corporate person show up and looks the people in the eye and say, ‘I’m really sorry,’” he adds.

Marler specializes in food safety and says that on the significant outbreaks he’s worked on, including the 1993 Jack in the Box E. coli outbreak, someone high up in corporate has been “more involved directly in communicating an apology to the people that got sick.” In the case of Chipotle, “I’m surprised they haven’t done more,” he says.

(“These claims were all brought by plaintiffs’ attorneys,” says Chipotle’s public relations director Chris Arnold in an email, “and settlements were negotiated between those attorneys and our counsel. The resolution of legal matters is often handled by legal counsel.”)

To be sure, Chipotle did apologize on The Today Show, with a video on Facebook and Twitter, and with full page ads in newspapers including The New York Times and Wall Street Journal. But Grabowski says it all “looked very corporate, almost cookie cutter.” “It didn’t seem heartfelt, and it didn’t’ seem genuine,” he says.

The public apologies were also undermined by Moran, who at an industry conference blamed both the media for its “sensational headlines” and the Centers for Disease Control for the way it announced cases related to the original outbreak.

That kind of finger pointing certainly didn’t help the company win back any customers—comparative sales, an important industry metric, have been down double digits every month since November 2015.

Chipotle’s Arnold said that the company has halved its sales loss from the low point in January, adding that “while sales are not back to where they were pre-crisis, we have made meaningful progress in that area.”

But to get back to pre-crisis levels Chipotle has to do more than fix its food safety problems. It has to fix its communication problems, too.