How Walmart Is Dealing With the Last-Minute Christmas Frenzy 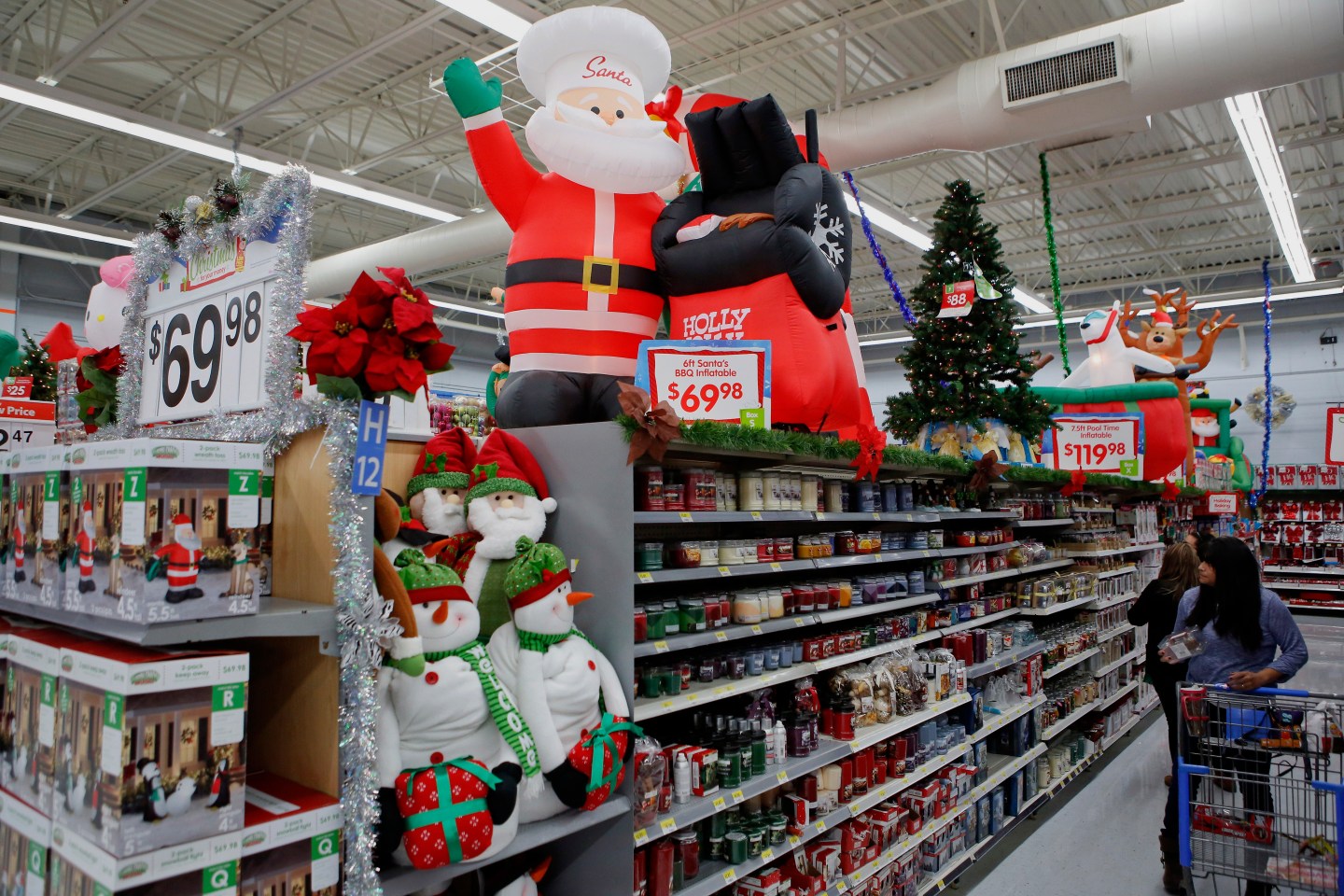 Aiming for a smooth end to the Christmas spending rush, Walmart (WMT) is trying to shepherd more last minute shoppers to its in-store pick up service for online orders and nudge them to plan ahead more.

The discount retailer said on Tuesday that shoppers would be able to order an item on walmart.com as late as 6 p.m. on December 23 and retrieve it at the Walmart Supercenter of their choice anytime on Christmas Eve. While Walmart has been offering in-store pick up for several years now, this is first year the retailer is pushing the service this hard, in a move aimed in part at preventing stores from being overwhelmed by panicked last-minute shoppers.

Store pick up of online orders is a key tool in Walmart’s efforts to fight back at Amazon.com (AMZN). So Walmart has added tens of thousands of items available for same-day pick up from its stores this year. (A typical Walmart Supercenter holds 120,000 different kinds of items, but the company won’t give an exact number for how many of those can be picked up in a store after a web order.) The company said in October that it expected the use of in-store pickup to rise five-fold this holiday season, hence the need to manage the flow more.

Though Walmart doesn’t break out how much of its online business is picked up in-store, it is an increasing part of any retailer’s e-commerce business: Target executives told reporters in October that 35% of its online orders are retrieved at a store. Stores give brick and mortar retailers a needed edge against Amazon on Christmas Eve since they can serve customers until the end of the day (Amazon offers same-day delivery of only a limited assortment of merchandise in a small number of markets.)

To make sure things go smoothly, Walmart will have a pick-up department manager at each store and workers in that part of the store got specialized training to speed up the pickup process. Another thing Walmart has done to improve the process has been to set up a dedicated website that lists items available for store pick up in the last few days before Christmas.

“We are making it easy for customers to find last-minute gifts in stores and online by ensuring we’re stocked with top items,” said Walmart U.S. Chief Merchant Steve Bratspies in a statement.

For customers unable to get to stores, the cutoff for rush delivery is December 22 at noon, and for standard delivery, it will be December 20. Walmart is also closing stores at 6 p.m. on Christmas Eve, two hours earlier than in part years.

Walmart has been enjoying a renaissance of sorts recently, with U.S. comparable sales rising eight straight quarters, and online sales growth taking off again. The retailer has also signaled to the likes of Best Buy (BBY), Target (TGT) and Amazon that it will be aggressive on pricing to protect that improvement in fortunes.