Snapchat Is Making Its Geofilters Simpler for Businesses to Buy 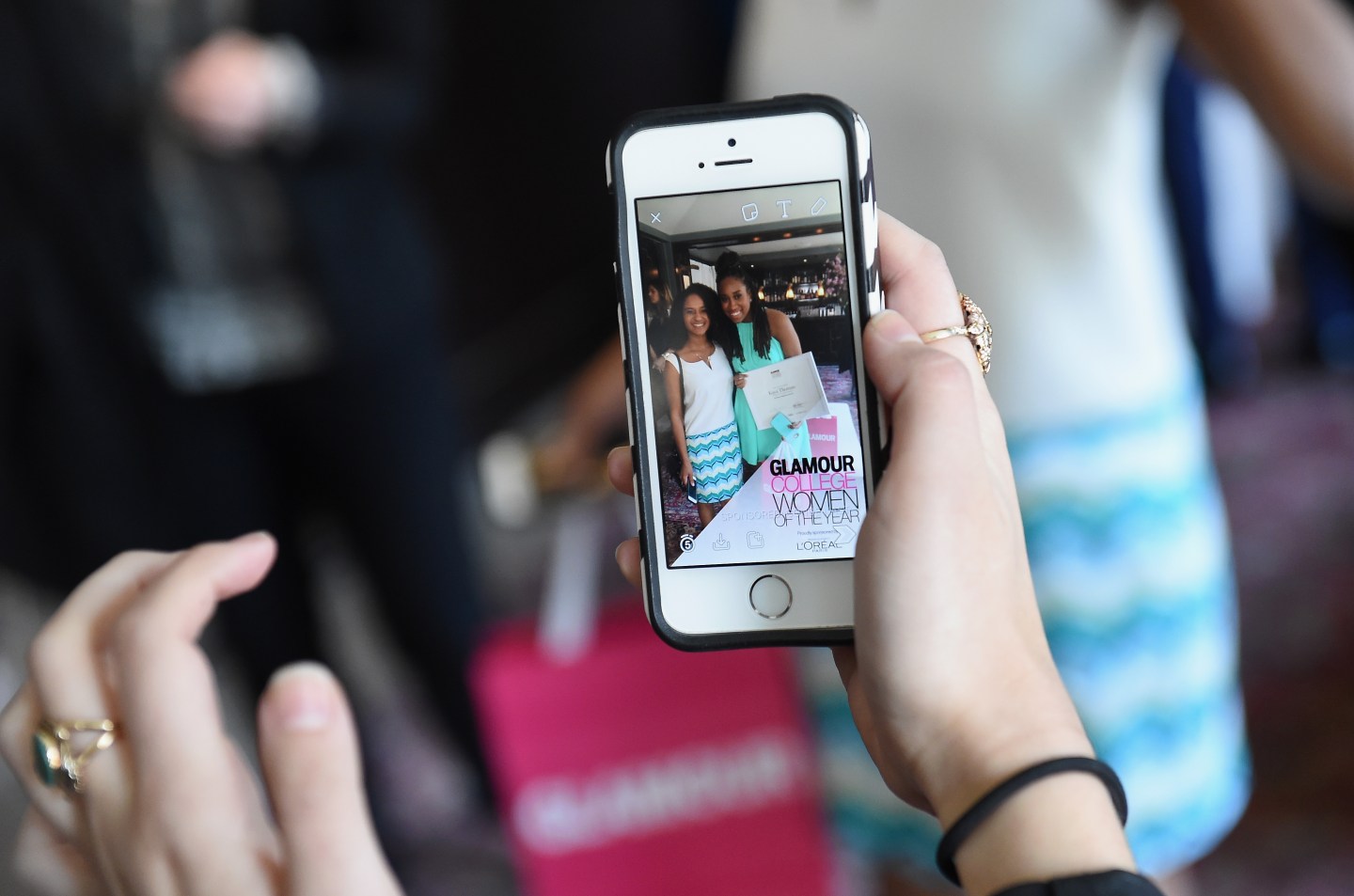 Snapchat is moving to make the purchase of branded geofilters on its app easier for small and medium-sized businesses, with the addition of templates.

On Thursday, the ephemeral messaging app said it would be making a handful of design templates available to businesses buying geofilter sponsorships on an “on-demand,” self-serve basis. Previously, only individuals could access templates when purchasing geofilters.

Snapchat first introduced geofilters in 2014, and the following year began letting big brands pay to sponsor a particular design in a specific location. McDonald’s, for example, designed filters with iconic food items like burgers and fries that users could add to their photos and videos when visiting a McDonald’s restaurant.

Snapchat added its self-serve option this past February, and tells Fortune that businesses and individuals purchase thousands of them every day, though it declined to share more specific numbers.

To use the geofilters, businesses simply visit Snapchat’s website, customize their filters, and wait roughly one business day for Snapchat’s team to verify and approve the requests. Geofilters can cover as little as 20,000 square feet at an event venue to as much as 5 million square feet, encompassing a few city blocks. They can last from 30 minutes to 30 days.

Prices for the geofilters start at $5, factoring in area, location, and duration, though Snapchat now offers annual subscriptions to businesses, which are priced differently than the hourly rates.

The initial design templates are aimed at restaurants, beauty brands, and nightclubs and bars.

For more on Snapchat, watch this Fortune video:

As Snapchat’s parent company, Snap, inches toward its upcoming IPO, reportedly anticipated by some as early as next March, it’s no surprise the company’s beefing up its money-making tools. Snapchat sells a variety of ad formats—along with geofilters, it offers sponsored “lenses” (animated overlays users can add to their photos and videos)—as well as ads that show up within Stories, which are collections of users’ photos and videos of a particular event, such as a music festival. Additionally, publishers who are part of Discover, Snapchat’s hub for bite-sized news articles, can sell and run ads alongside their own content.

Snap is reportedly expecting to bring in $250 million to $350 million in revenue this year, and as much as $1 billion in 2017. Snapchat currently has more than 150 million daily active users worldwide.