IBM Watson for Cybersecurity Inches from Research to Reality 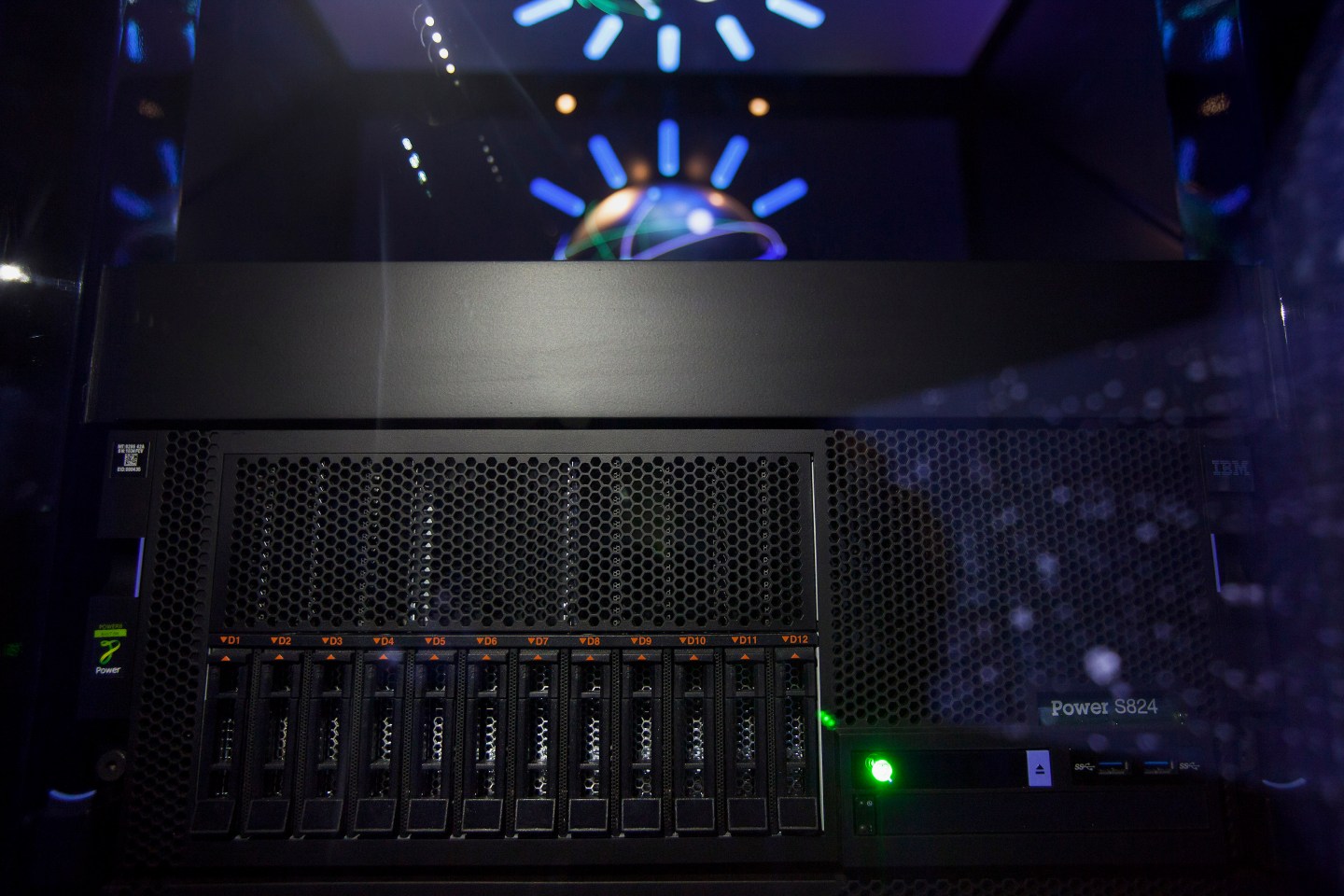 International Business Machines Corp.'s (IBM) Watson is seen in the immersion room during an event at the company's headquarters in New York, U.S., on Tuesday, Oct. 7, 2014. To help commercialize the technology famous for beating humans on the "Jeopardy!" game show, new languages such as Portuguese and Japanese are being added to the Watson service this year, said Stephen Gold, vice president of the Watson Group business. Photographer: Michael Nagle/Bloomberg via Getty Images
Michael Nagle/Bloomberg via Getty Images

After months of refining (and geographical correction), IBM’s artificially intelligent computer system is ready to graduate to the next level of its training regimen. Forty organizations are preparing to fire up a “beta” version of the technology within their own IT environments, the company said Tuesday.

“We had Watson in school for the last number of months,” Caleb Barlow, a vice president in IBM’s security group, told Fortune on a call. “Now it’s ready for its first internship.”

IBM Watson for cybersecurity aims to automate duties typically performed by security analysts, such as parsing the multitudes of alerts that course through businesses’ security operations centers every day. To alleviate the burden on network defenders, Watson is designed to serve up context about digital attacks and malware campaigns while sussing out malicious threats from benign anomalies within organizations.

“It had to start with the manual annotation of documents,” Barlow said, referring to the earliest phases of Watson’s learning process, wherein engineers fed the system reams of data, like technical reports and blog posts, alongside their own notes. “Now, it’s more like grading the papers, if you will.”

IBM’s engineers are hoping the real-world experience will boost Watson’s familiarity with the kinds of situations it will confront if and when the technology goes commercial. The project serves as an example of Big Blue’s plodding business transformation, which emphasizes three key areas: AI, the cloud, and security.

IBM has also been applying Watson across other industries, such as health, finance, education, and elsewhere.

“Customers are in the early stages of implementing cognitive technologies,” Sandy Bird, chief technology officer in IBM’s security group, said in a statement. “Our research suggests that this adoption will increase three fold over the next three years, as tools like Watson for cybersecurity mature and become pervasive in security operations centers.”

In a recent survey, nearly 60% of security pros reported that cognitive technologies,” IBM’s code word for machine learning smarts, “will be a critical part of changing the tides in the war on cybercrime,” the company found. The security group often cites the statistic in validation of the tech giant’s bet on Watson.

When asked when IBM Watson for cybersecurity might enter full production, Barlow declined to hazard a projection. “This is probably something we’ll be talking about for a long time,” he said.

As for the early flub on ransomware? Barlow chalks it up to growing pains. (To be fair, seven municipalities in the United States are called “Ransom.”)

“In many ways, it’s like watching a small child learn,” Barlow said.