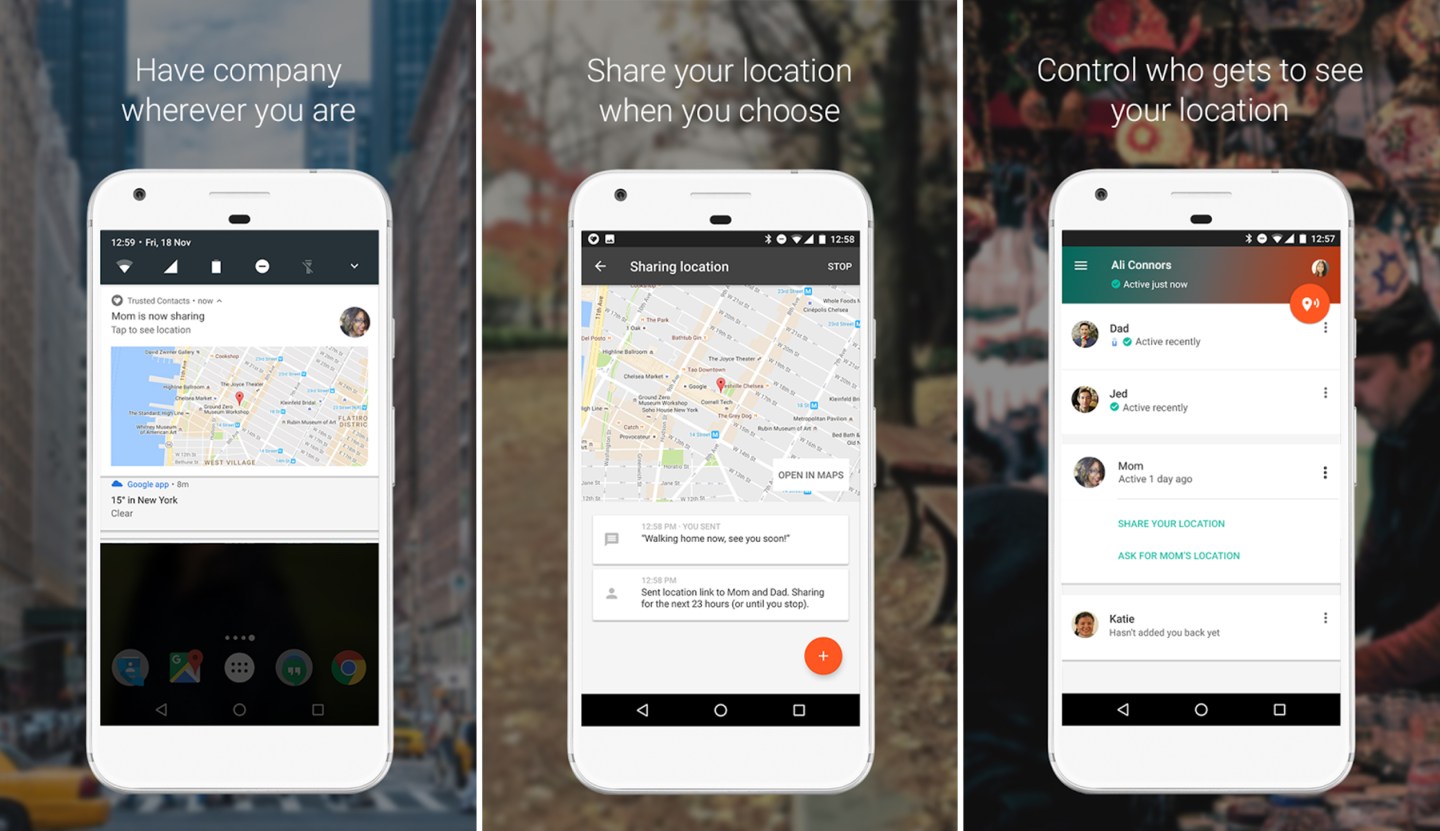 Following in the footsteps of Facebook, Google is launching an app that allows users to mark themselves as safe in dicey situations.

Google released the ‘Trusted Contacts’ app on the Google Play store Monday, currently available only to Android users. Users can alert a select group of friends and family about their status and location whenever they like.

Additionally, this select group can request to see the user’s exact location at any time. If users don’t deny or accept the request within five minutes, their location will automatically be shared. Once that location is shared, the friend or family member can track the user’s movements on a map.

If the user is in an area with bad cell service or their battery is dead, then the app will release the user’s last known location when the phone was still online. The app will also reveal when the user was last active.

“One of our goals is to continually make information accessible and useful. If users have opted in to share location information with Google, we have the opportunity to connect people when it matters the most,” a Google representative wrote in a statement to Fortune.

Google’s new app comes at a time when another social media giant, Facebook has already released its own, similar feature known as Safety Check. The feature comes online in disasters, and lets users mark themselves as “safe.”