This Budget Airline Is Adding 50% More Flights Between Britain and the U.S. 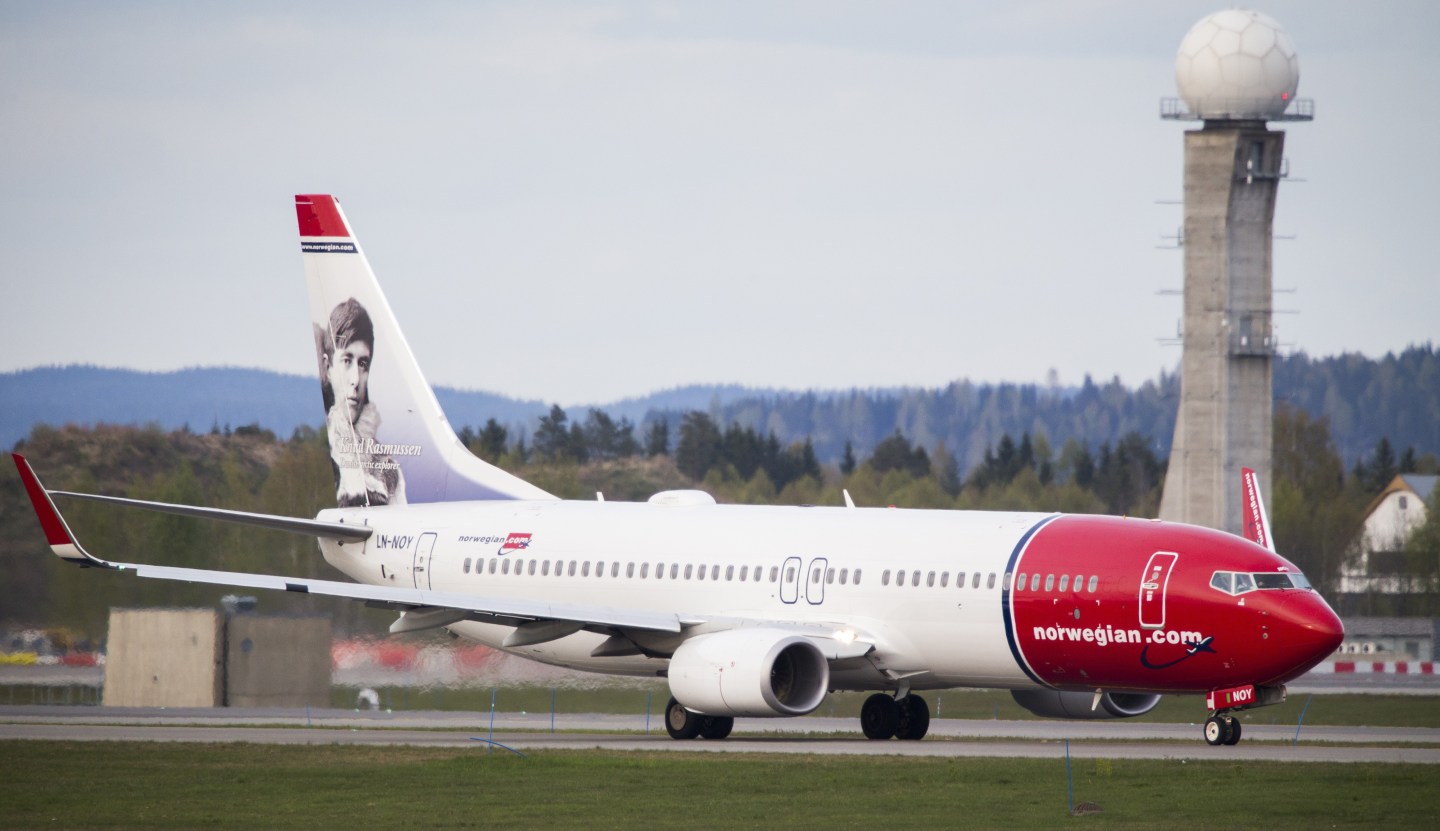 A Boeing 737-33S operated by Norwegian Air Shuttle on the tarmac at the Oslo Airport Gardemoen.
Photograph by Erlend Aas—AFP/Getty Images

Norwegian Air Shuttle said it will add 50% more flights between Britain and the United States next year summer, ramping up competition on transatlantic routes, days after the U.S. granted extra flying rights to the budget airline.

Norwegian Air (NWARF) will now offer 34 flights each week between the two countries from next summer, up from 22 currently, including a twice-daily service from Gatwick airport, London’s second-largest, to New York’s John F. Kennedy, it said on Monday.

Norwegian’s announcement comes after the U.S. Transportation Department granted flying rights to the company’s Irish unit on Friday. The airline did not immediately say whether the additional flights planned were a result of it.

“Our U.S. flights are more popular than ever and customer demand shows low-cost long-haul flights are here to stay,” Norwegian’s Chief Commercial Officer Thomas Ramdahl said in a statement.

Norwegian said its flights to U.S. cost from 135 pounds ($171.56) for an economy seat compared with the 481 pound cost of a ticket to New York from London with British Airways in January.

Rival airlines have reacted by trying to sell cheaper fares with more restrictions and redesigning cabins to win budget-conscious travelers back from Norwegian.

Norwegian has already been flying to New York and other U.S. cities, but until its Irish unit was granted rights giving it EU aviation privileges on Friday, its ability to expand globally was limited to the air rights that Norway has negotiated.