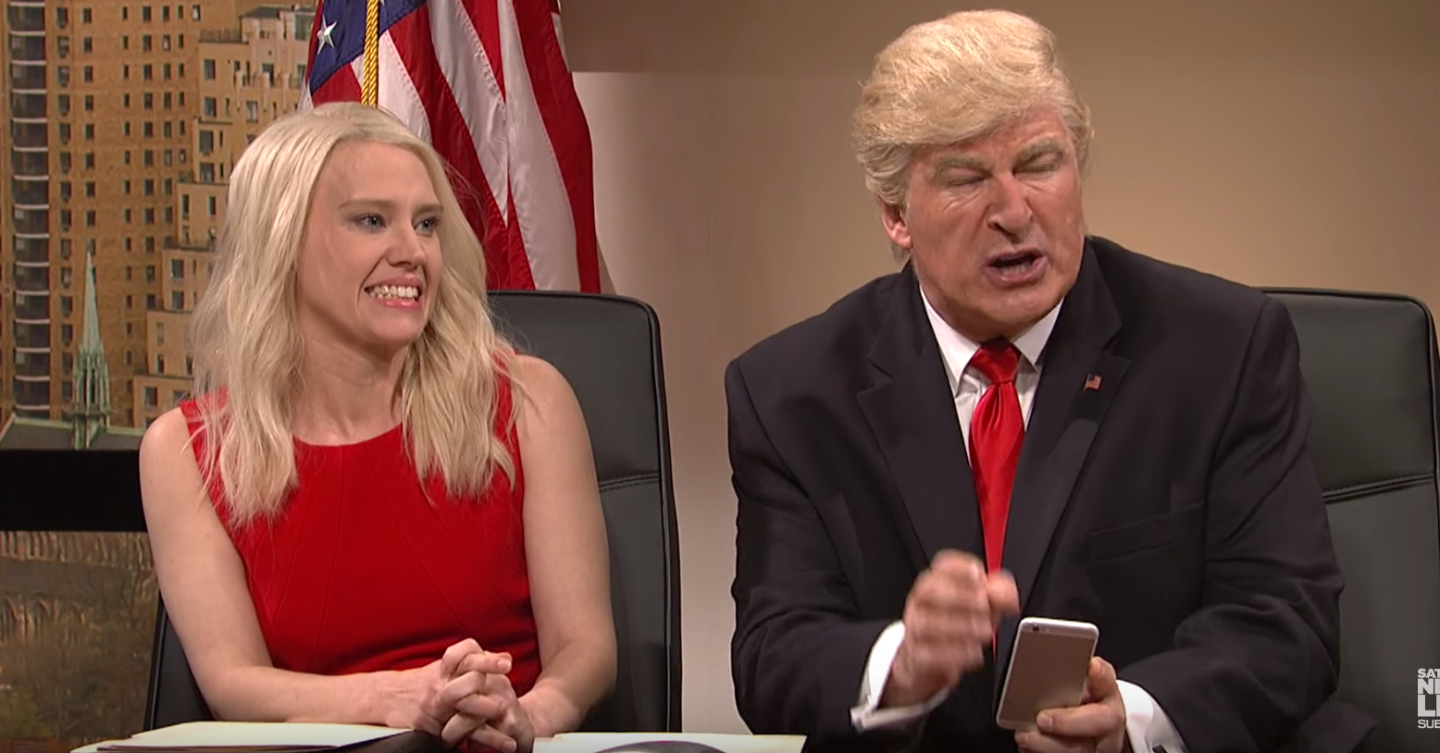 Is it appropriate for Donald Trump to spend time tweeting when he’s about to become president of the United States? More to the point, what does it say about the President-elect that he goes off on Twitter rants, some of them filled with proven falsehoods?

As Donald Trump has largely avoided the press (he hasn’t held a press conference since July 27th), the pundits have been debating whether Trump is a shrewd master of social media, using Twitter to control the coverage, or whether he’s just deeply unserious and unfit to be the leader of the free world.

Saturday Night Live took on this question last night and suggested the answer is the latter, with a biting opening skit that depicts Trump as a compulsive tweeter, unable to pay attention to a national security briefing. And almost as if proving the show’s point, the real Donald Trump immediately fired back a complaint. On Twitter.

Each time Baldwin’s Trump vows to pay attention to the security briefing, he interrupts it to retweet a couple of trolls—one a tweeter whose profile picture is of a skull with two guns through it (called “Infidel”) and another unhinged-looking man whose bio says “Liberalism is a mental illness.”

What’s amazing about this SNL skit is how closely it hews to real events. The real Donald Trump did retweet a 16-year-old named Seth who had complained about CNN’s coverage of Trump. And while I can’t verify at the moment that Trump has retweeted the trolls that SNL described, Fortune has documented Trump’s habit of retweeting white supremacists. It’s also worth nothing that while other President-elects had security briefings daily in order to be up to speed when they assume office, Donald Trump reportedly has turned down opportunities for intelligence briefings. As of last week, he had only three briefings.

President-elect Trump has complained before about how SNL has treated him unfairly, but this was the first time Trump did it as the live show was still on the air. Alec Baldwin fired back a few minutes later, on Twitter, making a dig at the fact that Donald Trump, in another departure from past presidential candidates, hasn’t released his tax returns. (Trump has said he will release his tax returns when the Internal Revenue Service finishes its audit.)

Since winning election, Trump’s dealings with foreign powers have been causing controversy and even some alarm. Most recently, on Friday, the Financial Times broke the story that Donald Trump had spoken directly to Taiwan’s president—a contradiction of nearly 40 years of U.S. policy. That also came amid reports that the Trump Organization was looking to do business in Taiwan.

Trump has been under fire for potential conflicts of interest; he recently said that he will legally remove himself from the Trump business. Will he actually put his holdings into a blind trust, as ethics experts from both parties have advised and other presidents have done? It’s not known. Trump made the announcement on Twitter, saying he will hold a press conference on December 15th. Perhaps if he doesn’t make good on that, Alec Baldwin would be willing to stand in.