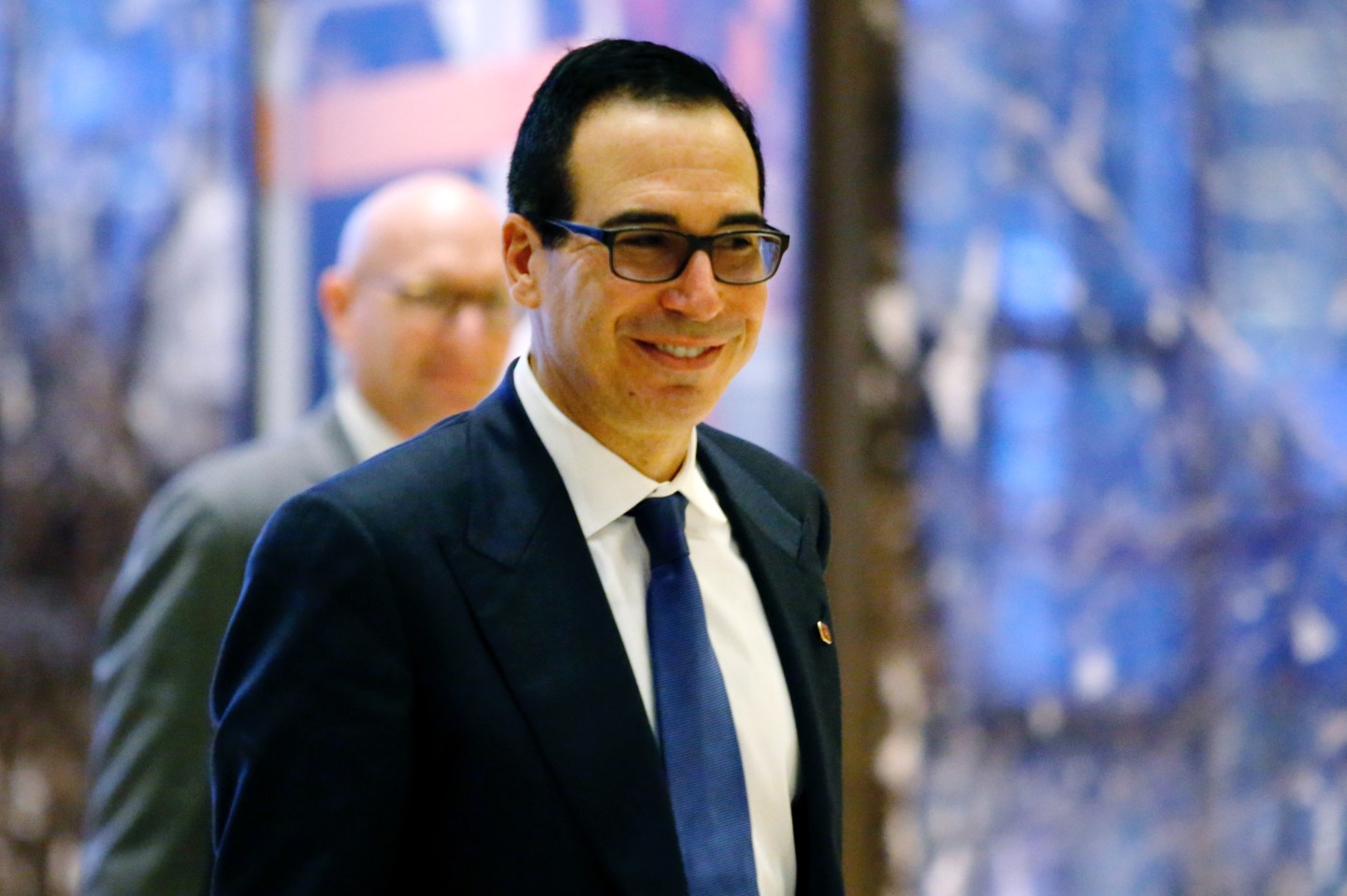 The rally in regional U.S. bank stocks that followed last month’s election of Donald Trump may not be over, but investors may have to wait for policy to take shape for the massive move to extend further.

The S&P 600 index of small-cap banks has surged more than 20% since Trump’s surprise Nov. 8 victory, while their large-cap peers on the S&P 500 index have jumped over 17%.

Investors booked profits on Friday, with the small-cap index down 0.8% and the larger banks dropping 1.1%.

Smaller lenders could potentially add as much as 40 percent to their fourth-quarter 2017 earnings if Trump’s promises of tax cuts and regulatory changes materialize, according to Sandler O’ Neill analyst Brad Milsaps.

But Milsaps has not changed his official estimates to reflect this possibility as he is waiting for confirmation that those policy changes will happen.

“It remains to be seen how much longer the rally can continue until we see some tangible evidence of changes coming from the administration that relates to regulations or tax rates,” said Milsaps.

Domestic banks have more to gain from policy changes than their multinational counterparts as lighter regulation should make it easier for them to grow more quickly and could allow more mergers, according to investors and analysts.

They could also benefit more from expected tax cuts and they would be insulated from currency fluctuations.

For more on Trump and the economy, watch:

“There’s definitely more opportunity on the regional banking level,” David Lebovitz, global market strategist at JPMorgan Asset Management. “When you go down in market capitalization you begin to insulate yourself from a lot of these external forces. Dollar strengthening is less of an issue.”

Bank profits depend largely on the spread between long- and short-term rates. The spread between benchmark U.S. 10-year Treasury notes and 2-year Treasuries has widened nearly 30 basis points since the U.S. presidential election, touching its highest in a year on Thursday.

Adding to upward pressure on yields, the Federal Reserve is expected to raise overnight U.S. interest rates at its meeting on Dec. 13-14 by 25 basis points, the first hike in nearly a year.

In relation to rising interest rates alone, Keefe, Bruyette & Woods boosted its operating earnings growth estimates for banks with assets of $50 billion or lower to 10 percent from 6 percent next year, and to 11% from 4% in 2018.

This Congressman Could Turn the Dodd-Frank Financial Reforms Upside Down

“Earnings revisions, having been negative for many years, are beginning to turn positive, which is a very important step, and they’re turning positive on higher revenues, which is even more important,” said KBW analyst Christopher McGratty. “They don’t look cheap but there’s a justifiable path toward the valuations they’re at.”

The current forward price-to-earnings for the S&P small-cap bank index stands at 18.4, well above the six-year median of 15 and at its highest since April 2011.

McGratty also noted that many analysts will likely update their estimates for 2017 in coming weeks, which would tighten forward P/E multiples.