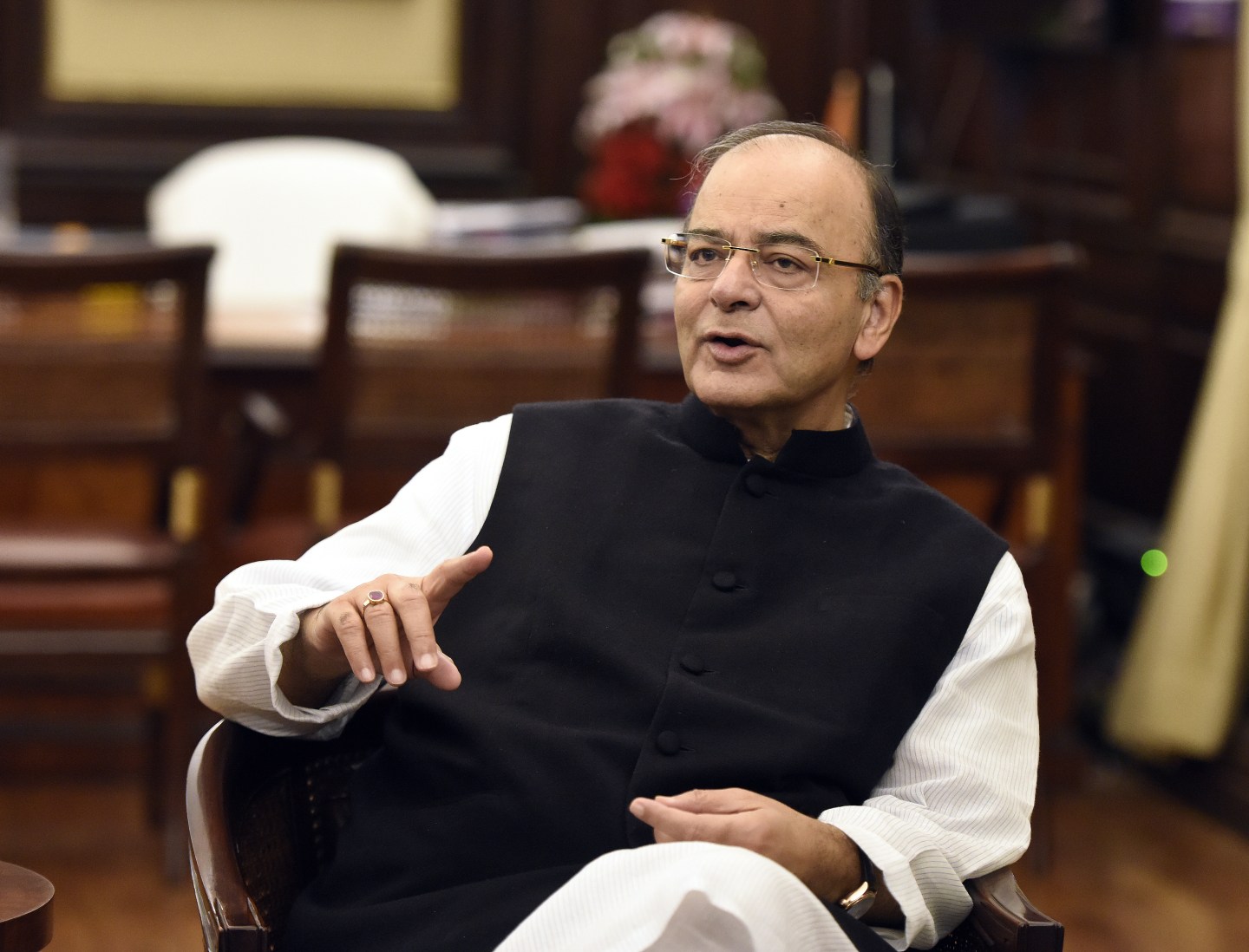 NEW DELHI, INDIA - NOVEMBER 14: Union Finance Minister Arun Jaitley at North Block on November 14, 2016 in New Delhi, India. Prime Minister Narendra Modi on November 8 had announced one of the most debated reforms in Indian economy. The government has rendered all old Rs. 500 and Rs. 1000 notes worthless, and a massive exercise is underway to replace the legitimate currency of people with legal tender money. (Photo by Sonu Mehta/Hindustan Times via Getty Images)
Hindustan Times Hindustan Times via Getty Images

Indian Finance Minister Arun Jaitley’s plan to launch a new national sales tax next April got a jolt on Saturday after a two-day meeting with state officials ended without the resolution of a deadlock on who would administer the tax.

The long-awaited Goods and Services Tax (GST) would transform Asia’s No.3 economy into a single market, could boost revenues through better compliance, and make life simpler for businesses that now pay a host of federal and state levies.

But a council of federal and regional authorities has been struggling to forge a consensus on how to collect the new tax that will have federal and state elements.

Jaitley doesn’t favour dual agencies auditing and scrutinising each taxpayer as he reckons multiple authorities could end up acting at cross-purposes. But states are reluctant to cede their turf.

While federal and state finance officials will meet again on Dec. 11-12 to discuss the issue, the possibility of a breakthrough at the meeting was not bright.

This Indian Startup Is Planning a Moon Mission for 2018

“I will keep my fingers crossed,” Jaitley told reporters after meeting his state counterparts. “The day we resolve it, I would say it’s a done deal.”

For the GST to come into operation from April 1, Indian parliament as well as state legislatures, must pass, in all, four legislations before the end of this year.

Parliament’s winter session is due to end on Dec. 16, but the bills can be brought before it only after the council approves them.

Adding to the uncertainty, some states in the council raked up the issue of compensation for revenues they fear losing following the GST launch as well as Prime Minister Narendra Modi’s crackdown on the cash economy.

Modi’s decision last month to scrap 500 rupee and 1,000 rupee banknotes at a stroke as part of a crackdown on tax dodgers and counterfeiters has left companies, farmers and households all suffering.

For more on India, watch:

Jaitley has agreed to compensate loss-incurring states in the first five years of the new tax regime. But states are now equally worried about the economic fallout of the so-called “demonetisation” drive which could hurt their finances.

Under a constitutional amendment that enabled the GST, India needs to roll out the new sales tax by mid-September when the old system of indirect taxation is due to lapse.