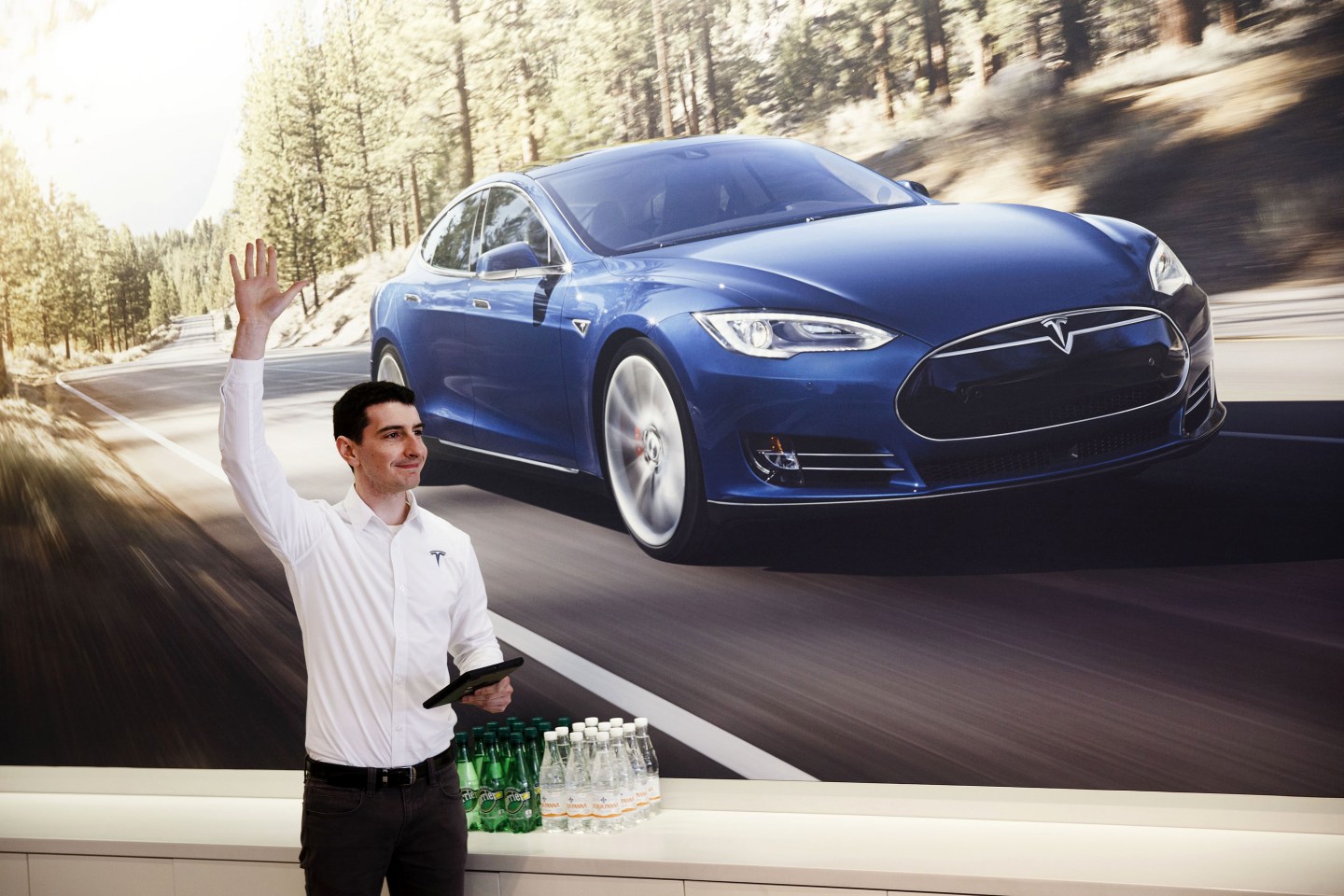 Tesla Motors customers are lining up to wait as much as two years to own the company’s eagerly anticipated cheaper electric car, the Model 3. But while the new car has created a lot of buzz for Tesla (TSLA), one high-performing hedge fund manger says the Model 3 will end up being a total wreck for the company. In fact, he says it will likely put Tesla out of business. Put another way: His price target for Tesla’s stock: $0.

Mark Spiegel, founder of hedge fund Stanphyl Capital Partners, says the Model 3—which Tesla CEO Elon Musk has promised to sell for as little as $35,000—may put Tesla on a path to bankruptcy before it even comes out.

Speaking at the Robin Hood Investors Conference this week, Spiegel laid out his case in a 152-slide presentation on why he is shorting, i.e. betting against, Tesla stock. Factor in the debt, and he thinks the car company is worth less than zero. “I continue to believe that it’s the market’s biggest single-company stock bubble,” Spiegel elaborated in his November letter to investors, obtained by Fortune.

Spiegel’s Stanphyl Capital manages $9 million. While that’s tiny in comparison to other hedge funds whose managers also presented at Robin Hood, from Jeff Smith’s Starboard Value to David Einhorn’s Greenlight Capital, Stanphyl’s assets have quintupled since Spiegel launched the fund about five years ago. This year, the fund has returned nearly 35% through November.

It isn’t the first time that a hedge fund short-seller has publicly attacked Tesla recently. Jim Chanos, the Kynikos Associates investor who lucratively shorted Enron before its scandalous demise, said in September that he is also shorting Tesla, believing the company is doomed, particularly after its controversial merger with SolarCity (SCTY) is completed. Tesla’s stock price is down about 25% in 2016 so far.

But while other Tesla critics have emphasized the company’s rapid cash bleed; recent controversy over crashes seemingly related to drivers’ use of its autopilot feature; and conflicts of interest with SolarCity, of which Musk is chairman and his cousin is CEO, Spiegel focused on a different problem for Tesla.

The prospect of a $35,000 “mass-market” Tesla Model 3—much more affordable compared to Tesla’s other vehicles, which cost at least twice as much—is the “real reason” investors have bought into Tesla’s stock, Spiegel said at the conference Tuesday. But “that will never happen,” asserts Spiegel. That’s because at that price Tesla would be selling the Model 3 at “a gigantic loss”—indeed, it could lose nearly as much on each car as the price customers are paying for it, Spiegel estimates.

Here’s how he got there, by the numbers:

The obvious solution? Tesla needs to raise the price of the Model 3—to at least $50,000 for a bare-bones model, or 43% higher than the price currently promised, Spiegel predicts. “I wouldn’t be surprised if Musk claims a $35,000 base price but then never delivers any even CLOSE to that number,” Spiegel tells Fortune in an email.

It wouldn’t be the first time Tesla hiked the base price of one of its cars after promising it would be lower. When Tesla began delivering initial orders of its Model S electric sedan in June 2012, it sold them at a base price of $57,400. Just five months later, however, Tesla raised the car’s starting price to $59,900. About four months after that, though, Tesla cancelled the lowest-end Model S version, making the car’s new starting price $10,000 higher, at $69,000—20% higher than the low price it initially teased.

Yet with the “mass-market” Model 3, selling the car for more could be just as fatal a sentence for Tesla as selling it at a loss. If Tesla raised the base price of the car to $50,000 or more, as Spiegel expects, the Model 3 would no longer be competitive with the many other electric cars that will be on the market by then—as the Model 3 won’t start shipping to customers until the end of next year, and likely not before the end of 2018 for most orders, analysts predict.

For example, at a price of $50,000, the Model 3 would be about 33% more expensive than the cheapest Chevy Bolt, an electric car from GM (GM) that’s already on the market starting at $37,495 at select dealerships—more than a year (or two) earlier than the Model 3.

And the higher the price of the Model 3 goes, the more Musk’s dream of a cheap and affordable Tesla disappears. And without that mainstream demand, Spiegel thinks Tesla’s future doesn’t look so bright at all.